The atmospheric circulation began with a strong high-pressure ridge over the western contiguous United States and upper-level trough over the East. A potent Pacific weather system smashed into the ridge and quickly moved across the country. It brought above-normal precipitation to the Pacific Northwest, but southern portions of the Pacific front were dry. The front was not able to tap Gulf of Mexico moisture, so it left much of the West, Plains, and Midwest dry. The Pacific front also blocked Canadian air masses from entering the country, so most of the contiguous United States had warmer-than-normal temperatures for the week.

In the meantime, Hurricane Delta made landfall over Louisiana and spread above-normal rainfall across the Lower Mississippi Valley, Southeast, and Mid-Atlantic regions. The precipitation in the Northwest was not enough to substantially improve drought conditions there, and the continued dry weather led to expanding drought conditions in other parts of the West and from the Plains to Midwest. With expansion the rule, the overall U.S. drought footprint increased again this week.

Abnormal dryness and drought are currently affecting over 127million people across the United States including Puerto Rico—about 40.9% of the population. 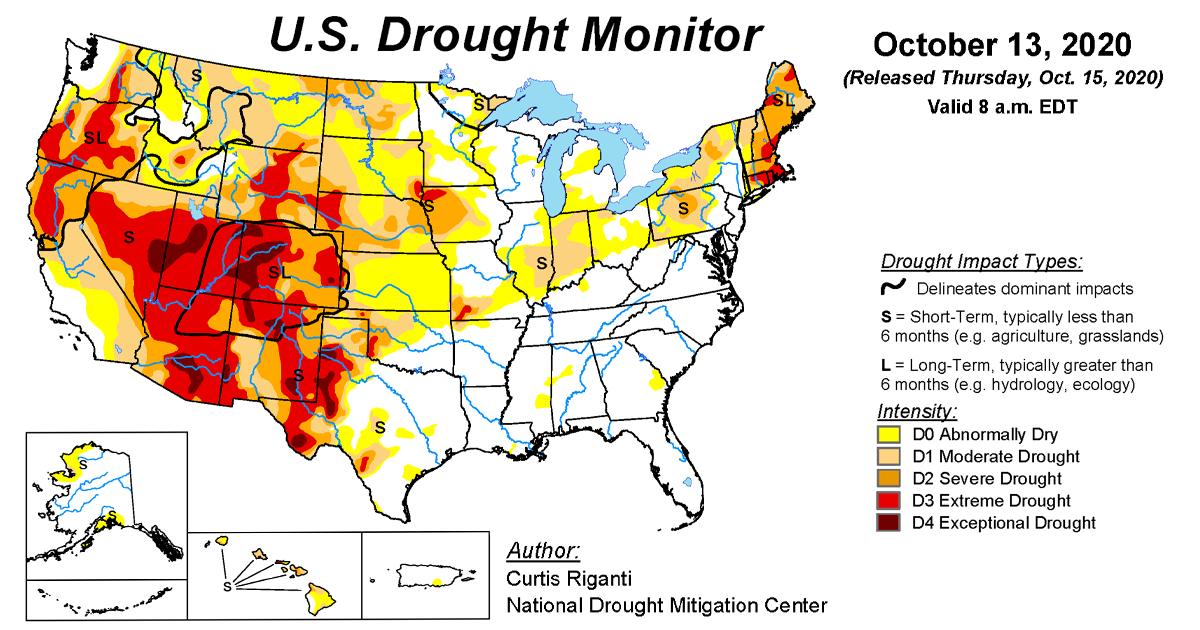 According to the April 18, 2017, U.S. Drought Monitor, moderate to extreme drought continued to cover 8.2% of the contiguous

According to the September 7, 2021, U.S. Drought Monitor, moderate to exceptional drought covers 38.2% of the United States