According to the October 22, 2019, U.S. Drought Monitor, moderate to extreme drought covers 18.4% of the United States including Puerto Rico, a slight decrease from last week’s 18.5%. The worst drought categories (extreme to exceptional drought) decreased from 1.2% last week to 0.8% this week.

Drought and abnormal dryness contracted across parts of the Pacific Northwest and southern Plains, as well as much of the Southeast, Ohio Valley, and Mid-Atlantic to Northeast where heavy precipitation fell. Drought and abnormal dryness expanded in the Southwest and parts of the southern and central Plains, as well as northeast Puerto Rico, where precipitation deficits mounted. Contraction outweighed expansion this week, resulting in a slight decrease of the national drought area compared to last week.

Abnormal dryness and drought are currently affecting nearly 140 million people across the United States including Puerto Rico—almost 45.0% of the population. 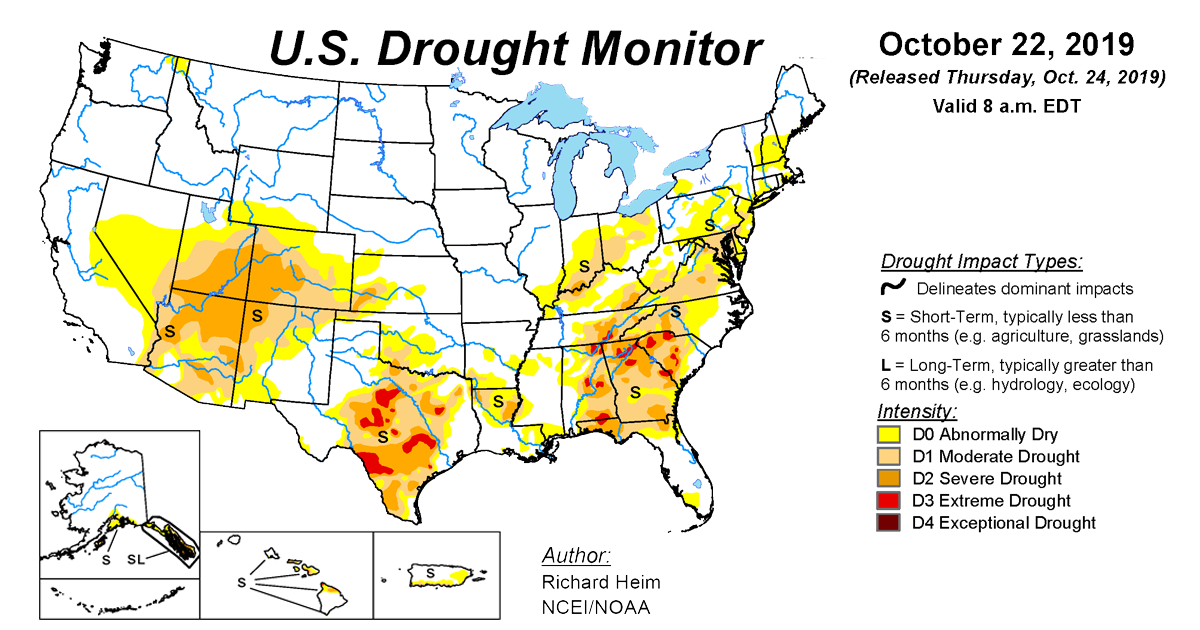 According to the September 26 U.S. Drought Monitor, moderate to extreme drought covers 13.8% of the contiguous U.S.

According to the January 23 U.S. Drought Monitor, moderate to extreme drought covers 35.4% of the contiguous U.S.

According to the September 25 U.S. Drought Monitor, moderate to exceptional drought covers 25.1% of the United States.