According to the October 24, 2017, U.S. Drought Monitor, moderate to exceptional drought covers 12.0% of the contiguous United States, a decrease from last week’s 12.5%. However, extreme drought increased slightly from 0.8% last week to 0.9%. Exceptional drought remained absent from the Lower 48 for a second week.

This U.S. Drought Monitor week began with a dry westerly circulation pattern in the upper atmosphere that kept temperatures mild for this time of year. A strong upper-level trough developed later in the week which dumped Pacific moisture over the Pacific Northwest and, as it moved eastward, pulled in Gulf of Mexico moisture to produce heavy rain over parts of the eastern Plains to Southeast and Great Lakes. It also dragged cold Canadian air southward as it intensified over the eastern contiguous United States by the end of the week.

This pattern resulted in warmer-than-normal temperatures for much of the nation averaged for the entire week, and above-normal precipitation for the week where it rained over the Northwest, Plains to Great Lakes, and South. The precipitation missed large parts of the Southwest, extreme Northern and Southern Plains, and much of the East Coast. Drought and abnormal dryness contracted in the Northwest and Midwest where it rained, but expanded in parts of the Southwest, Lower Mississippi Valley, and Northeast where it didn’t.

Abnormal dryness and drought are currently affecting over 130 million people across the United States—about 41.8% of the country’s population. 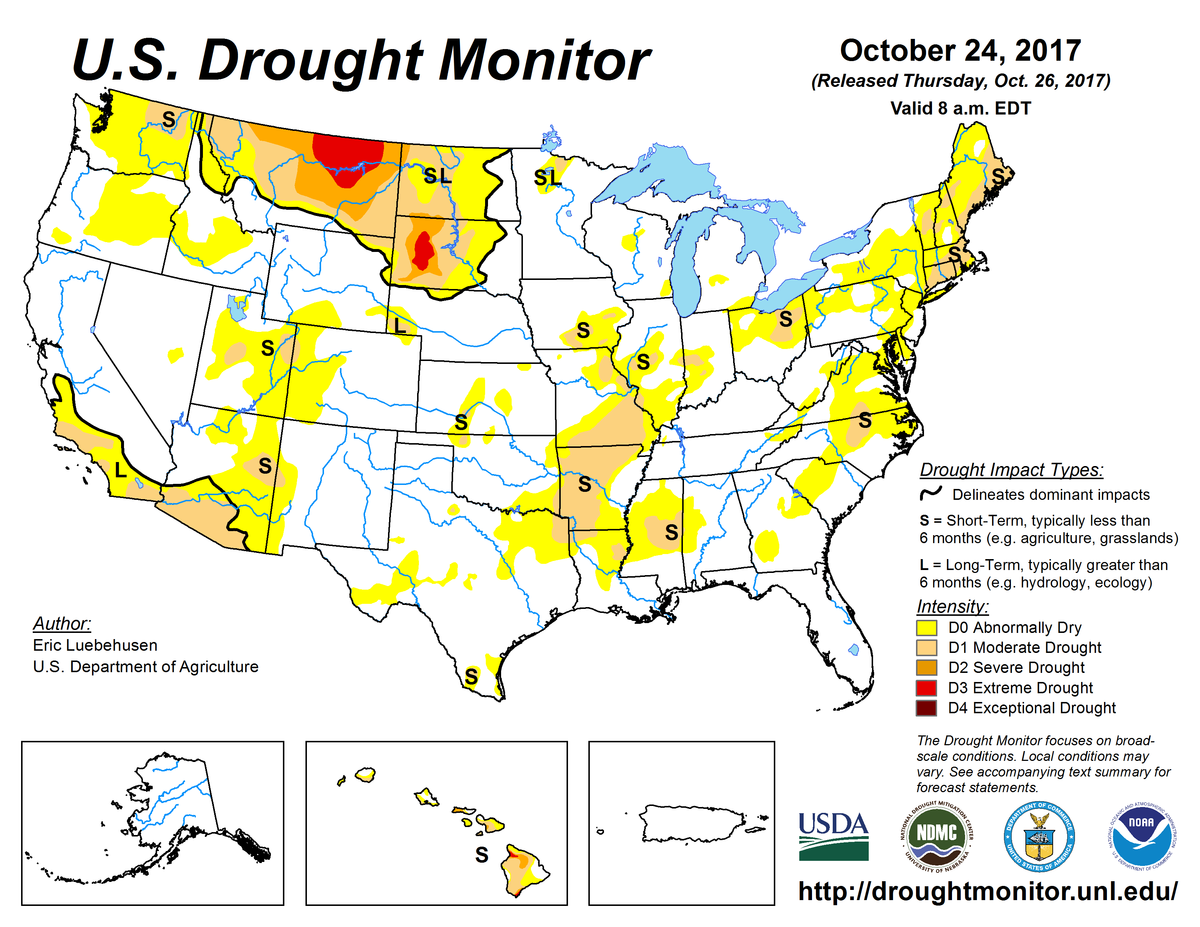