The upper-level and surface lows and front brought precipitation to many areas. Reinforced by the freezing air, the precipitation took the form of snow over the Rockies, Plains, and Upper Midwest, while rain was the rule across parts of the Ohio Valley and Southeast where the air was above freezing. The precipitation amounts were above-normal for the week and helped lessen drought conditions in these areas.

Most of the West outside of the Rockies, most of the Northeast, much of the central and southern Plains, and parts of the Southeast were drier than normal this week. Drought and abnormal dryness expanded in the dry areas of the southern and northern Plains and parts of the Northeast and Southeast. For the week, temperatures averaged colder than normal across the Plains and into the Great Lakes and much of the West, while weekly temperatures were warmer than normal across the eastern third of the contiguous United States and near to above normal in California and Arizona. Drought expansion was less than contraction, so the overall U.S. drought footprint decreased for a change this week.

Abnormal dryness and drought are currently affecting over 117million people across the United States including Puerto Rico—about 37.8% of the population. 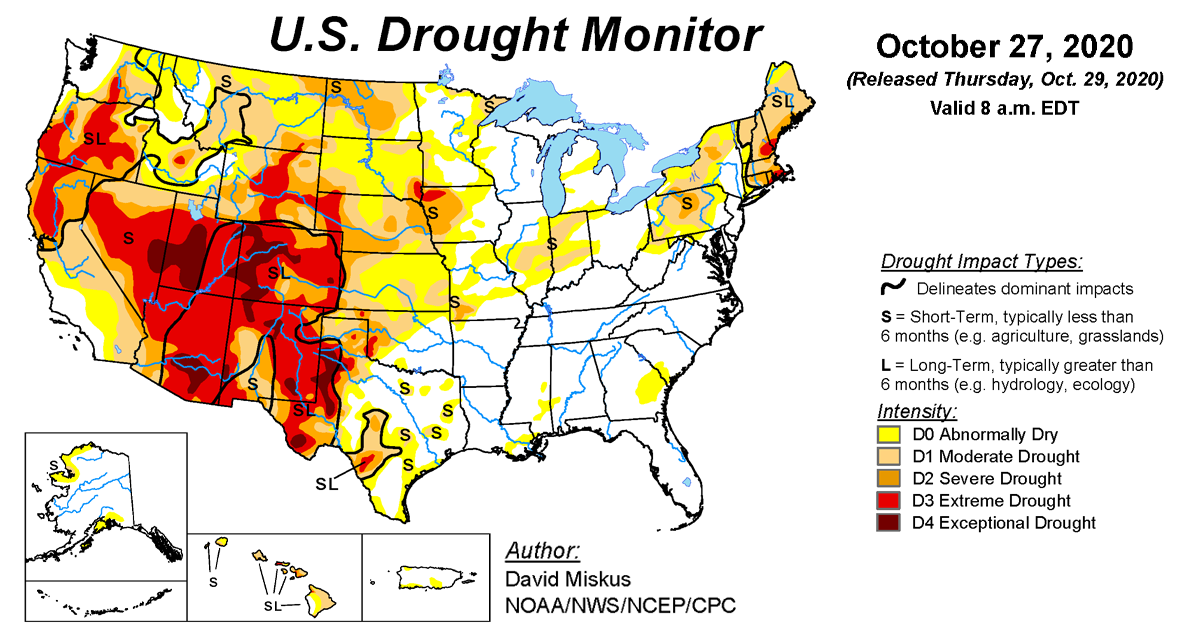 According to the May 19 U.S. Drought Monitor, moderate to extreme drought covers 15.8% of the United States including Puerto Rico.

See which places have the best chance of being a winter wonderland on December 25 according to weather history.

Our maps help identify which day of the year, on average, has the highest maximum temperature across the United States.