The main atmospheric circulation pattern continued to be an upper-level trough over the western contiguous United States and an upper-level ridge over the East. However, weather systems migrated through this pattern, dragging mostly dry Canadian cold fronts along with them. And by the end of the week, a third front stalled out over the Great Plains.

The fronts left above-normal precipitation in their wake from the Rockies to Upper Midwest and improved drought conditions. Temperatures averaged below normal beneath the trough in the West and above normal from the Plains to East Coast beneath the upper-level ridge. The ridge also kept the weather dry from the Mississippi River to the East Coast, with drought and abnormal dryness expanding in places.

Abnormal dryness and drought are currently affecting nearly 127 million people across the United States—about 40.7% of the country’s population. 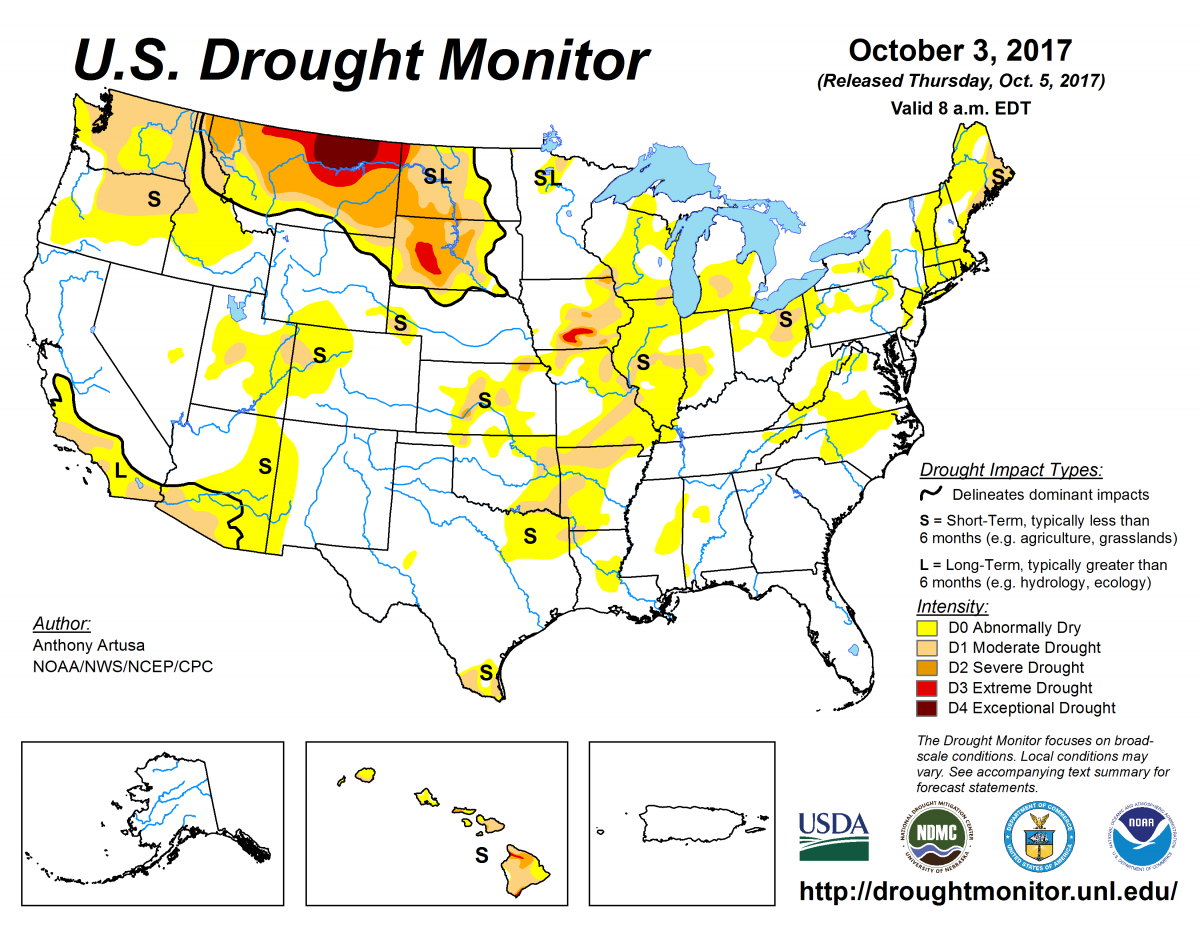 According to the July 9, 2019, U.S. Drought Monitor, moderate to extreme drought covers 3.6% of the United States including

According to the September 29, 2020, U.S. Drought Monitor, moderate to exceptional drought covers 35.8% of the United States