The circulation pattern consisted of strong upper-level ridging over the central to eastern contiguous U.S. that was complicated by cutoff lows slowly moving across southern tier states. Pacific fronts and surface low pressure systems swept across the Pacific Northwest but then stalled out as they moved into the ridge over the central contiguous United States.

The week was drier than normal across the rest of the West, coastal Southeast to Mid-Atlantic states, and parts of the western Great Lakes and northern New England. Drought and abnormal dryness expanded or intensified in a few parts of the West, Midwest, Plains, and North Carolina. Drought or abnormal dryness contracted in parts of the Southwest and other parts of the Plains and Midwest. Overall, contraction exceeded expansion, with the nationwide moderate to exceptional drought area decreasing this week.

Abnormal dryness and drought are currently affecting over 120 million people across the United States including Puerto Rico—about 38.7% of the population. 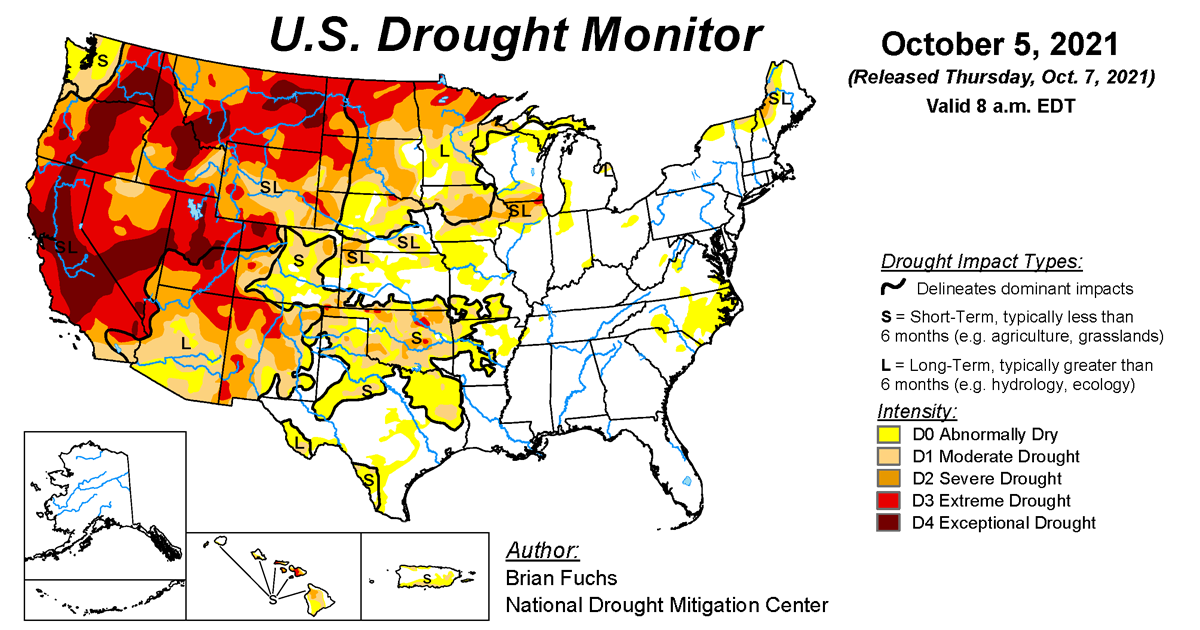 According to the April 4, 2017, U.S. Drought Monitor, moderate to extreme drought covers 9.8% of the contiguous United States, a

According to the October 30, 2018, U.S. Drought Monitor, moderate to exceptional drought covers 18.8% of the United States, a

According to the April 19, 2022, U.S. Drought Monitor, moderate to exceptional drought covers 46.4% of the United States