As they moved south and  east, the cold fronts tapped Atlantic moisture to generate precipitation over the Great Lakes to the East Coast, but most of the rest of the contiguous United States was drier than normal with little to no precipitation falling. As a result, drought  and abnormal dryness expanded in most vulnerable areas. There was some contraction in the Northeast and Midwest, but expansion dominated in the West, Plains, Midwest, and Northeast, resulting in an expansion of the overall U.S. drought footprint again this week.

Abnormal dryness and drought are currently affecting over 120million people across the United States including Puerto Rico—about 38.7% of the population. 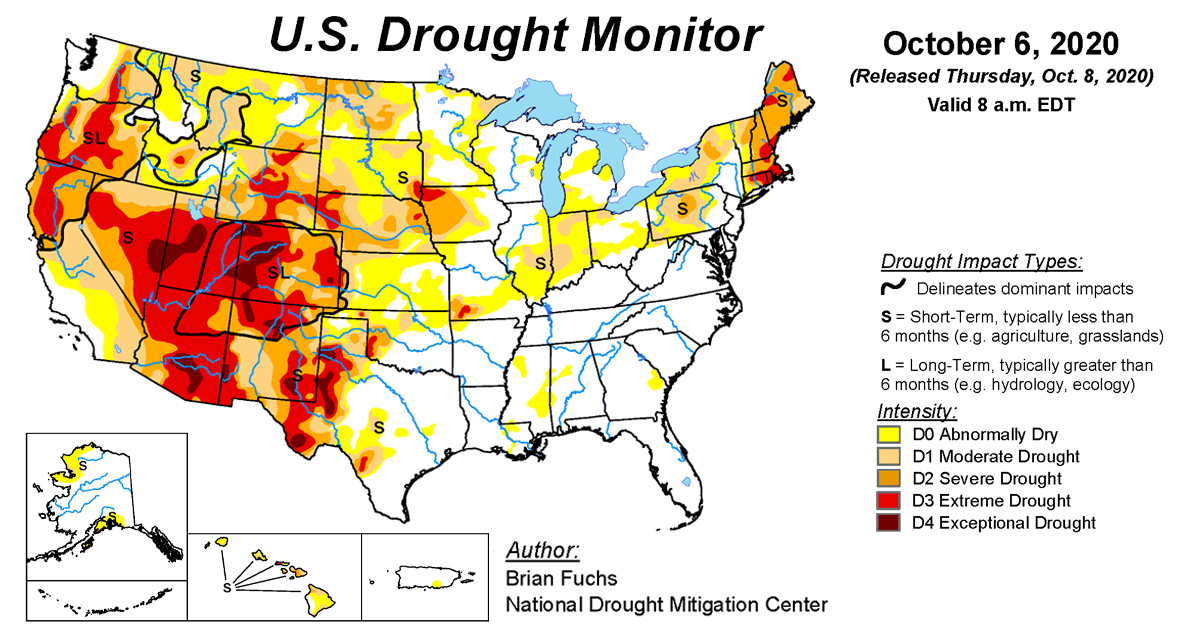 According to the February 27 U.S. Drought Monitor, moderate to extreme drought covers 31.3% of the contiguous U.S.

According to the October 31 U.S. Drought Monitor, moderate to extreme drought covers 12.0% of the contiguous U.S.

According to the October 22 U.S. Drought Monitor, moderate to extreme drought covers 18.4% of the United States including Puerto Rico.