According to the October 9, 2018, U.S. Drought Monitor, moderate to exceptional drought covers 22.3% of the United States, a decrease from last week’s 24.6%. Extreme and exceptional drought—the worst categories—also contracted to cover 4.7% of the nation, down from 6.1% last week.

Heavy rain and some snow significantly improved drought and abnormal dryness across much of the country, especially the drought-stricken West, Southern Plains, and Midwest. Arizona, Utah, Colorado, Missouri, and Kansas saw the biggest changes with some areas seeing exceptional drought reduced to severe drought in this week’s U.S. Drought Monitor update.

Meanwhile, mostly dry weather prevailed in the Southeast ahead of Hurricane Michael. Last week’s dry and unusually warm nature didn’t result in dramatic changes for the region, but several areas saw abnormal dryness and drought expand. However, rains from Michael are expected to mitigate any further deterioration in the upcoming week.

And, in the Northeast, light precipitation brought little change to the drought depiction. Some small reduction in moderate drought was noted in parts of Maine. Otherwise, conditions persisted from last week in the region.

Overall, abnormal dryness and drought are currently affecting more than 88 million people across the United States—about 28.4% of the country’s population. 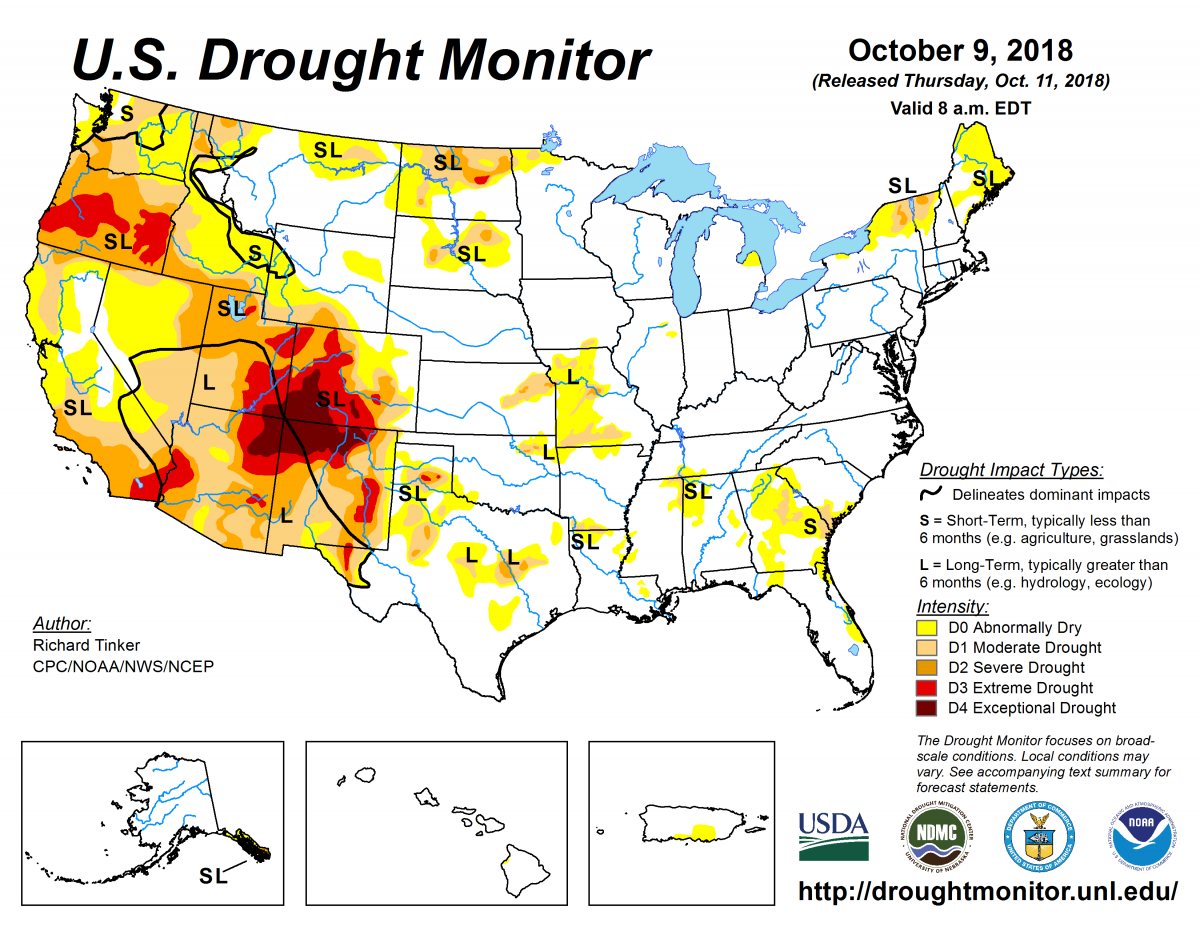 According to the November 28 U.S. Drought Monitor, moderate to extreme drought covers 21.1% of the contiguous U.S.

During spring, the average contiguous U.S. temperature was 53.5°F—2.6°F above the 20th century average.

According to the November 24 U.S. Drought Monitor, moderate to exceptional drought covers 40.7% of the United States including Puerto Rico.

According to the December 12 U.S. Drought Monitor, moderate to extreme drought covers 23.9% of the contiguous U.S.