A strongly meridional pattern continued in the upper-level circulation this U.S. Drought Monitor week with an intense ridge in the West and deep trough in the East. Hurricane Irma, with its wide heavy rain shield, was guided across Florida and deep into the southeastern states by southerly flow from the upper-level trough over the eastern contiguous United States and the Bermuda High over the North Atlantic. Meanwhile, further south in the Gulf of Mexico, weak steering currents guided Hurricane Katia away from the United States and into Mexico.

The trough over the East funneled cooler-than-normal Canadian air masses into the eastern third of the country, while the western ridge kept temperatures warmer than normal from the West Coast to Northern Plains. Aside from a few showers over the Southwest, the ridge deflected weather systems away from the West, and the northwesterly flow over the central contiguous United States kept dry air masses over the Great Plains to Midwest.

Irma rains soaked the Southeast, and parts of the Southwest and New England were wetter than normal. But most of the contiguous United States had little to no precipitation this week, resulting in expansion of drought and abnormal dryness in parts of the Northwest, Plains, and Midwest.

Abnormal dryness and drought are currently affecting nearly 80.7 million people across the United States—about 25.9% of the country’s population. 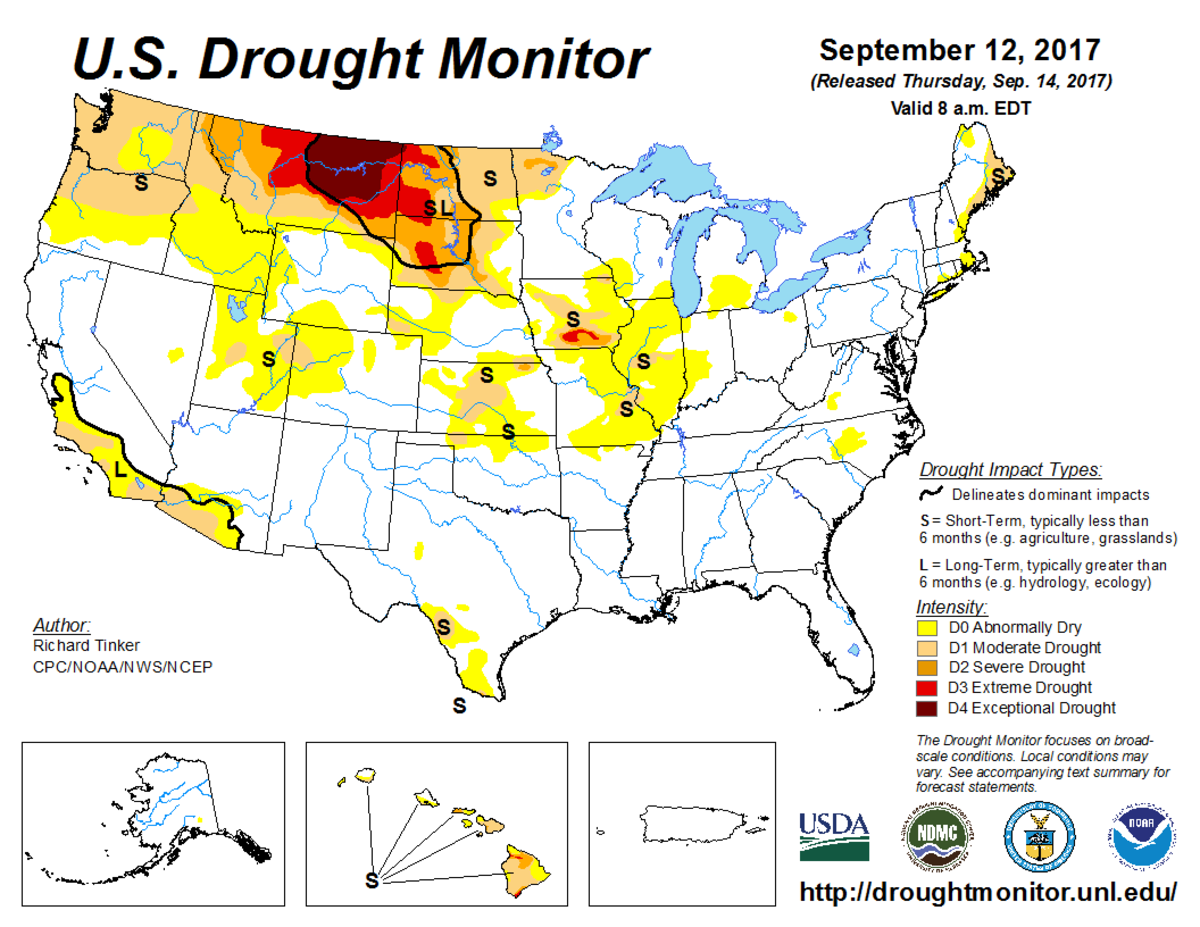 According to the July 21, 2020, U.S. Drought Monitor moderate to extreme drought covers 26.3% of the United States including

During the summer months, many areas in the United States approach their highest temperatures for the year. To give you a better