The atmospheric circulation consisted mostly of high-pressure ridging along the western and southern tier states with the storm track along the northern tier states. Upper-level troughs moved in the jet stream flow along the Canadian border and kept their associated cold fronts mostly across the northern contiguous United States. Tropical Storm Mindy moved across northern Florida early in the week and Hurricane Nicholas made landfall along the Texas Gulf coast late in the week. Cloudiness associated with the tropical systems, along with cooler air associated with a remnant cold front early in the week, kept temperatures below normal from the Lower Mississippi Valley to the southern Appalachians, while the high-pressure ridging kept temperatures warmer than normal across the rest of the country.

It was wetter than normal across the Texas Gulf coast and along a strip in the Southeast, due to the tropical systems, and in the Pacific Northwest and parts of the Great Lakes and Northeast, due to the northern cold fronts with their associated surface lows. The rest of the contiguous United States was drier than normal. As a result, drought contracted a little in northern areas and expanded or intensified a little in the West and southern Plains. Overall, contraction equaled expansion, so there was no change in the national drought footprint this week.

Abnormal dryness and drought are currently affecting over 110  million people across the United States including Puerto Rico—about 35.6% of the population. 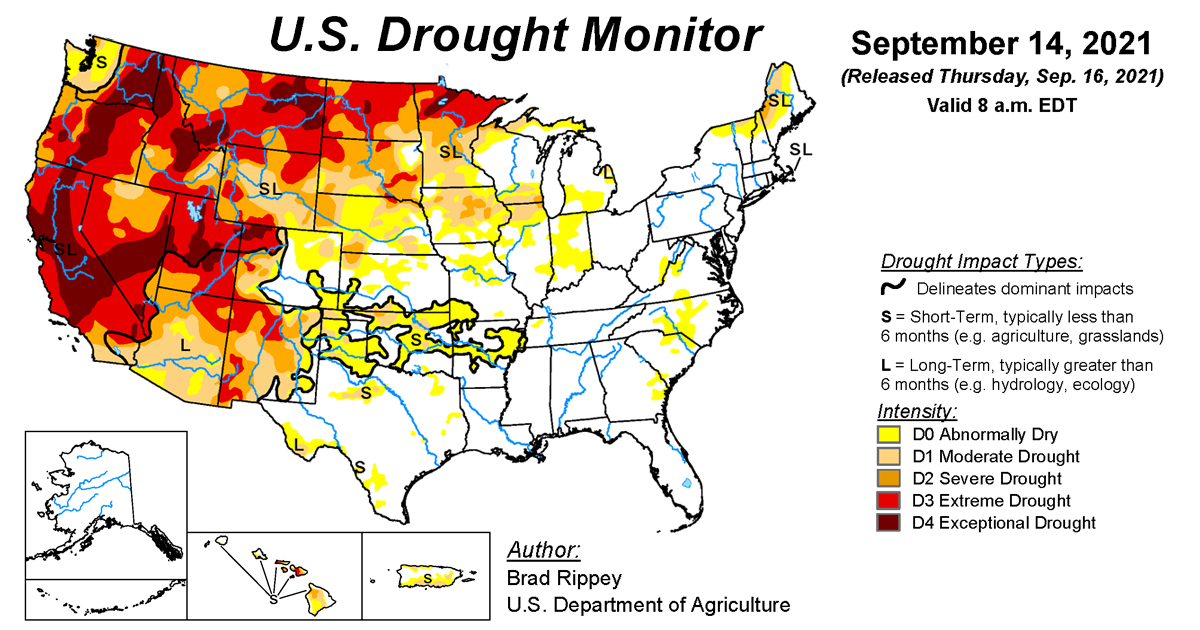 According to the April 12, 2022, U.S. Drought Monitor, moderate to exceptional drought covers 47.5% of the United States