A strong low pressure system and upper-level trough dominated the western contiguous United States during this U.S. Drought Monitor week, pulling in Pacific fronts and moist air masses. Showers, thunderstorms, and snowstorms developed along the Pacific fronts and low pressure systems, bringing above-normal precipitation to much of the West and Great Plains. The rains helped contract drought and abnormal dryness in these areas and reduce the number of western wildfires. A ridge of high pressure dominated the eastern contiguous United States, keeping temperatures warmer than normal and precipitation below normal from eastern Texas to the Great Lakes and eastward to the East Coast.

Abnormal dryness and drought are currently affecting nearly 104 million people across the United States—about 33.4% of the country’s population. 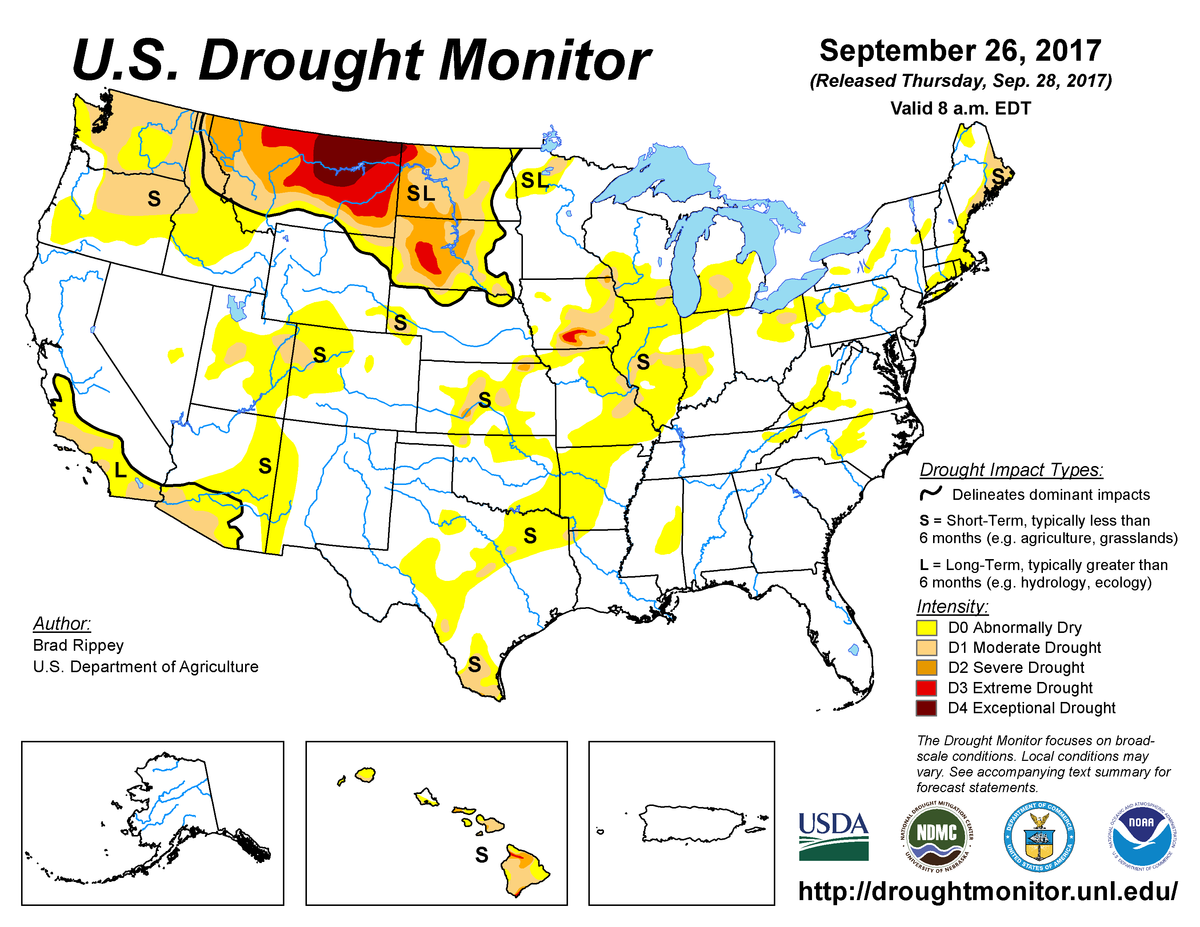 According to the January 31, 2017, U.S. Drought Monitor, moderate to exceptional drought covers 14.6% of the contiguous United

According to the August 11, 2020, U.S. Drought Monitor, moderate to extreme drought covers 28.8% of the United States including

According to the November 14, 2017, U.S. Drought Monitor, moderate to exceptional drought covers 13.1% of the contiguous United