An active circulation pattern dominated over the contiguous United States, with the storm track focused along the northern tier states. Upper-level troughs and ridges migrated through the jet stream flow, with the troughs dragging Pacific fronts and surface lows along with them. Some of the cold fronts swept across the Gulf Coast states, giving the Southern Plains, Southeast, and Ohio Valley a cooler-than-normal week. The Pacific weather systems dropped above-normal precipitation across the Pacific Northwest and eastern Great Lakes to Northeast and Mid-Atlantic states, while an upper-level cutoff low slowly meandered into the Southwest bringing areas of above-normal precipitation with it. When averaged over the week, the upper-level circulation pattern consisted of an anomalous ridge over the West. This pattern resulted in warmer-than-normal temperatures across the West and most of the Plains, with the Northeast also averaging warmer than normal for the week. It also gave much of the contiguous United States little to no precipitation, especially the Great Plains to western Great Lakes and most of the Southeast and West.

Drought and abnormal dryness expanded or intensified across the central to southern Plains, parts of the Midwest, and northern portions of the West.  Drought or abnormal dryness contracted in parts of Arizona and the Midwest, New England, and Mid-Atlantic states where beneficial precipitation fell. Overall, expansion exceeded contraction, with the nationwide moderate to exceptional drought area increasing this week.

Abnormal dryness and drought are currently affecting over 115 million people across the United States including Puerto Rico—about 37.0% of the population. 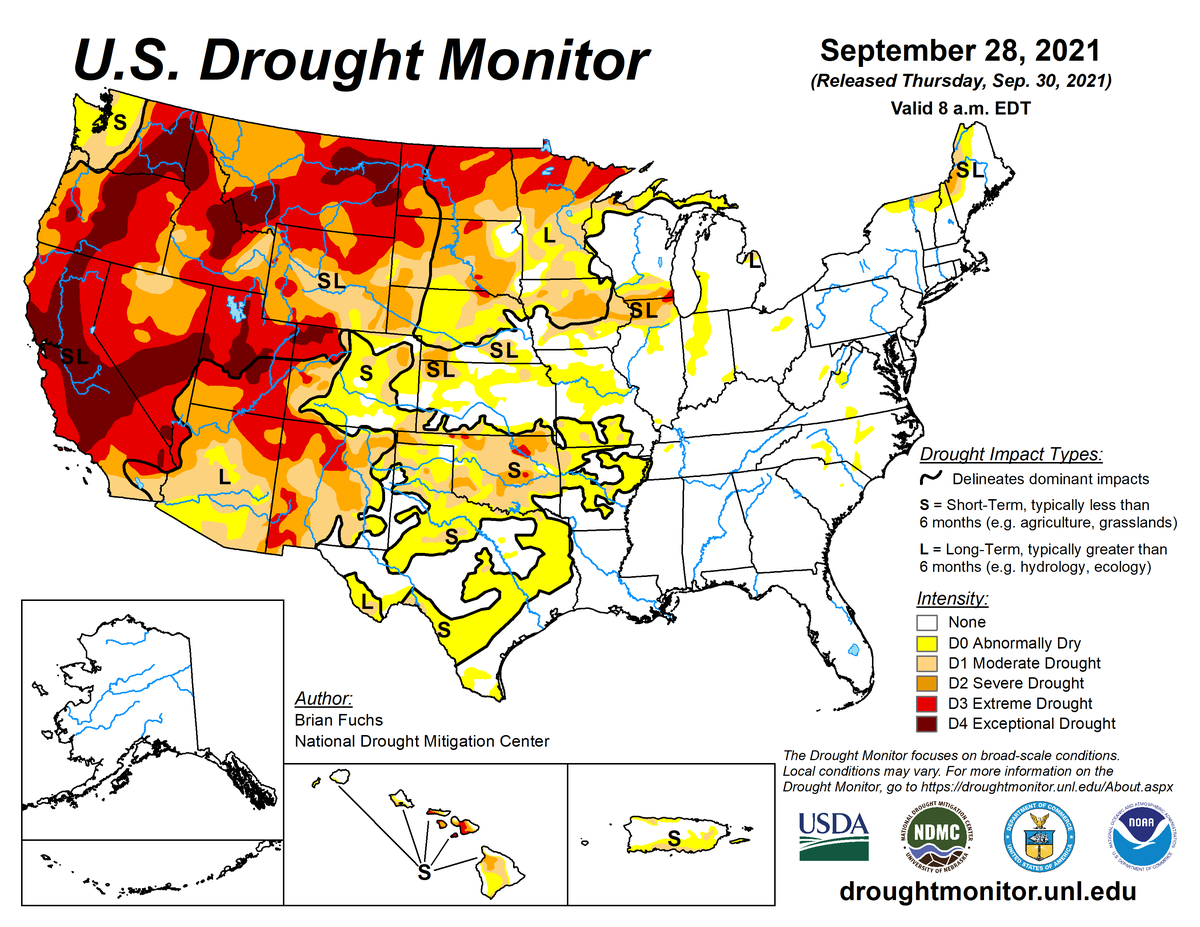 According to the February 2, 2021, U.S. Drought Monitor, moderate to exceptional drought covers 38.3% of the United States