A subtropical high pressure ridge continued across the southern half of the contiguous United States. The ridge was strongest over the Southeast and where it extended northward along the West Coast. Pacific weather systems weakened as they moved over the top of the western ridge, then strengthened when they moved south out of Canada into the Great Lakes. A lingering stationary front, that was draped across the central Plains, Ohio Valley, and Mid-Atlantic coast, separated moist humid air to the south and the weather systems to the north. As surface and upper-level low pressure systems moved into the Great Lakes, they dragged cold fronts with them that reinforced the stationary front in the Midwest.

Flooding heavy rains occurred in the Ohio Valley, especially in eastern Kentucky, where repeated storms moved over the same area in a process called training. Above-normal precipitation for the week was widespread along the frontal zone from the central Plains to the Mid-Atlantic coast. The week was also wetter than normal across much of the Southwest where the North American Monsoon continued in earnest. Temperatures averaged cooler than normal in the Southwest under monsoon clouds and rain, and in the northern and central Plains to Great Lakes where Canadian air dominated behind cold fronts.

Drier- and warmer-than-normal weather was the rule in the Northwest, southern Plains, and coastal Southeast where upper-level ridges dominated. It was also drier than normal in the northern Plains, Great Lakes, and Northeast, which were too far north of the wet frontal zone. Drought and abnormal dryness contracted where it rained, especially in the Southwest and from the central Plains to Ohio and Tennessee valleys, and in parts of Alaska. But expansion or intensification of drought and abnormal dryness occurred in the northern Plains to Great Lakes, in the southern Plains, and in the Northeast, as well as parts of Hawaii.

Abnormal dryness and drought are currently affecting over 176 million people across the United States including Puerto Rico—about 56.7% of the population 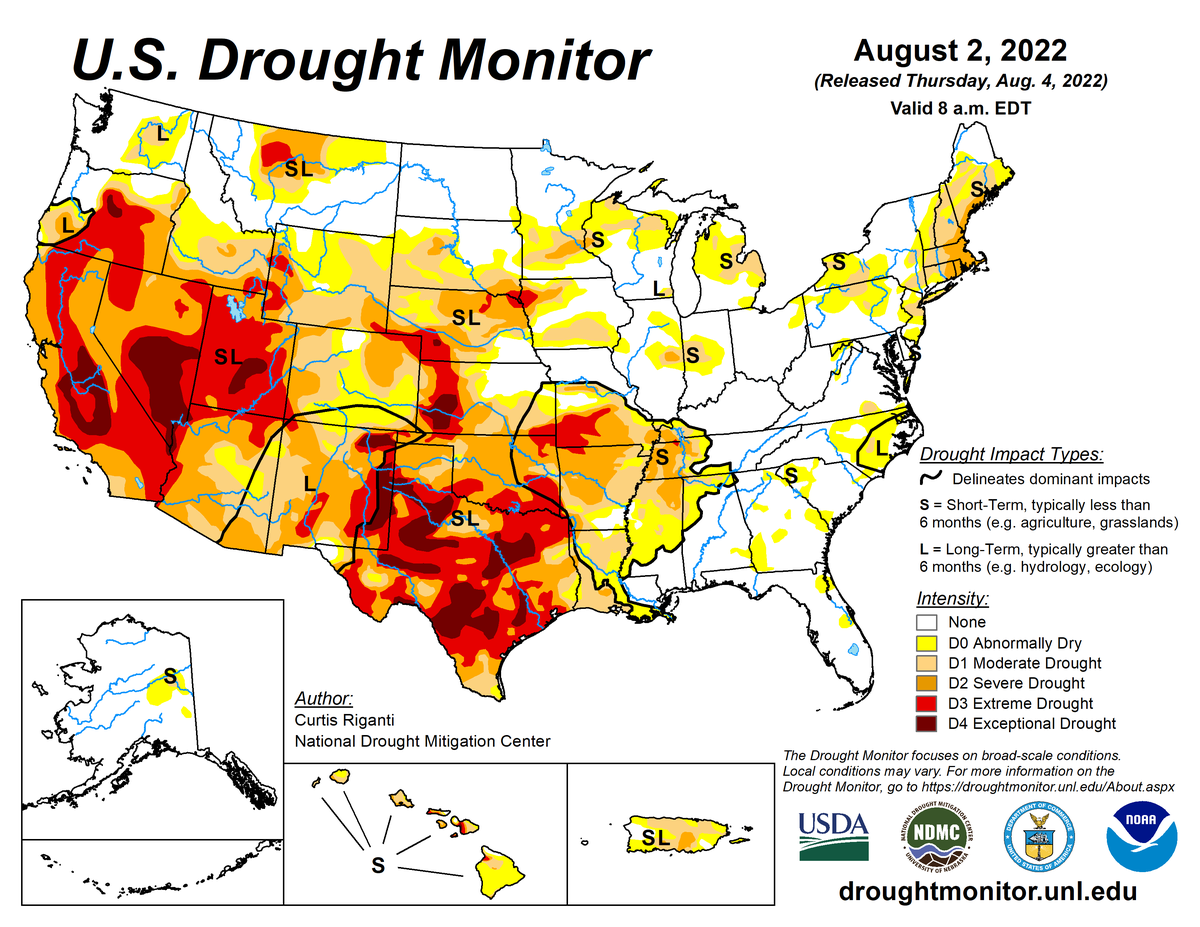