Pacific weather systems once again slammed the Pacific coast with heavy rain and mountain snow this U.S. Drought Monitor week (January 4-10). The Pacific systems then moved across the West and tapped Gulf of Mexico moisture as they swept through the Plains and further east. California was hit hard by flooding and heavy mountain snow, but the precipitation was not enough to make up for three years of deficits, and many of the state’s large reservoirs remained below normal. Weekly precipitation totals were above normal from California to the central Rockies, across the Upper Mississippi Valley, across much of the interior Southeast, and over the eastern Great Lakes. The storm track missed the Pacific Northwest, Four Corners states, most of the Great Plains, the Ohio Valley, and much of the East Coast – weekly precipitation totals were below normal in these areas. The jet stream pattern was mostly westerly with some upper-level ridging, which resulted in a warmer-than-normal week east of the Rockies; temperatures had a mixed anomaly pattern from the northern Plains to the West Coast.

Two weeks of heavy precipitation improved drought conditions across much of California. Drought or abnormal dryness also contracted across other parts of the West, along the Mississippi and Ohio Valleys, and in the Southeast. Drought or abnormal dryness expanded in a few of the dry areas in the southern Plains, Mid-Mississippi Valley, and Southeast coast, and across much of Hawaii.

Nationally, contraction overwhelmed expansion, with the nationwide moderate to exceptional drought area decreasing this week. Abnormal dryness and drought are currently affecting over 146 million people across the United States including Puerto Rico—about 47.1% of the population. 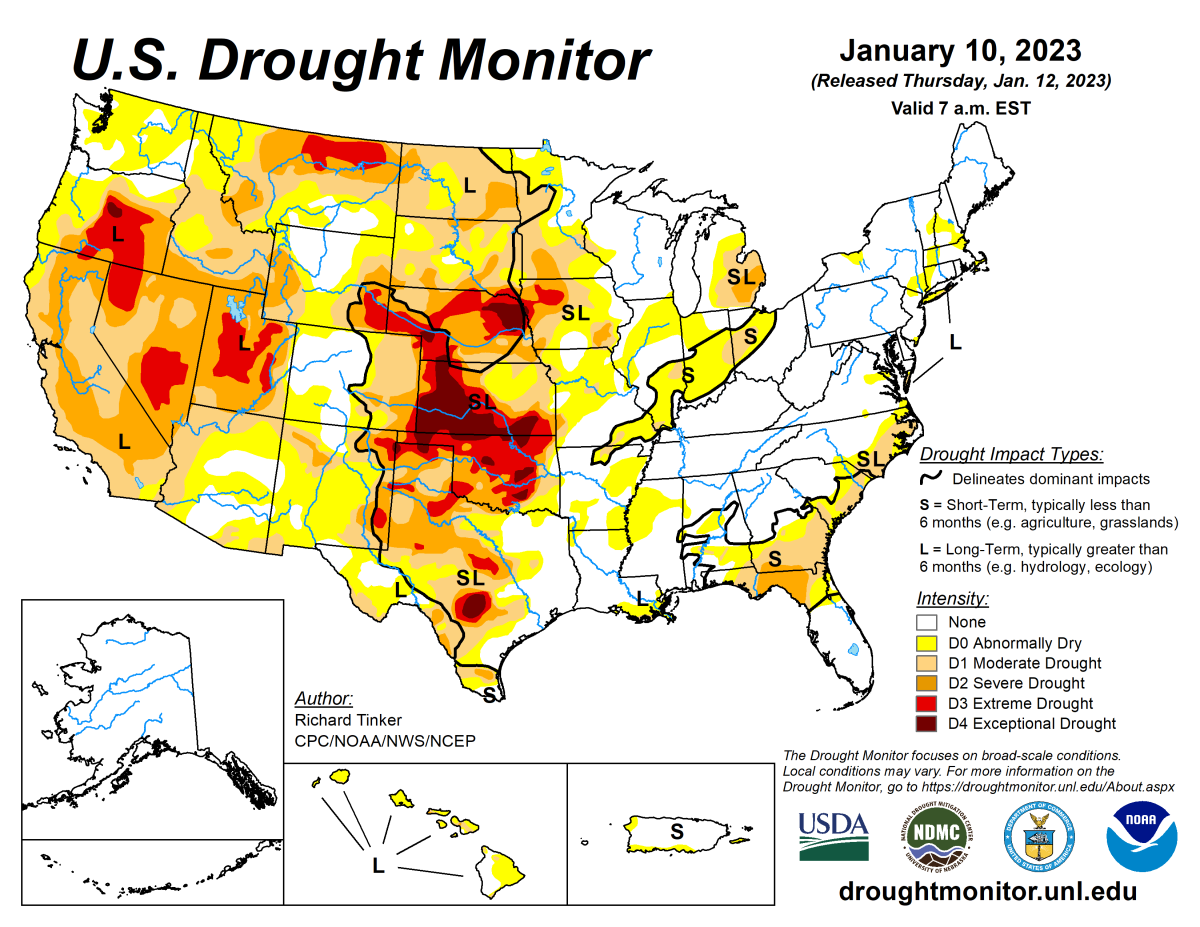 According to the October 23, 2018, U.S. Drought Monitor, moderate to exceptional drought covers 20.4% of the United States, a