The upper-level circulation across the contiguous U.S. (CONUS) during this U.S. Drought Monitor (USDM) week (September 21-27) consisted of the interaction between a high pressure ridge and a couple low pressure troughs. The week began with the ridge centered over the Deep South and flanked by two upper-level lows -- one over New England and another just off the California coast. As the week progressed, the lows migrated east while the ridge slid westward to take up residence over the Rocky Mountain chain. Hot and dry weather accompanied the ridge. Cooler-than-normal air was associated with the lows and troughs, which also created a storm track that was limited primarily to the northern states. The pattern was complicated by two tropical systems as well as summer monsoon showers over the Southwest.

The first tropical system was Hurricane Fiona, whose powerful remnant low moved across the Canadian Maritime Provinces, spreading rain over New England at the beginning of the week. The second tropical system was Hurricane Ian. Hurricane Ian brought rain and destructive winds to southern Florida as it bore down on the state just as the week ended. Monsoon showers brought above-normal precipitation to the Southwest in these waning days of summer.

Drought and abnormal dryness contracted where it rained in the Southwest, Northeast, and southern Florida. Drought and abnormal dryness expanded where it didn’t rain, including the Northwest, Great Plains to Mississippi Valley, and Mid-Atlantic states. Nationally, expansion exceeded contraction, with the nationwide moderate to exceptional drought area increasing this week.

Abnormal dryness and drought are currently affecting over 195 million people across the United States including Puerto Rico—about 62.9% of the population. 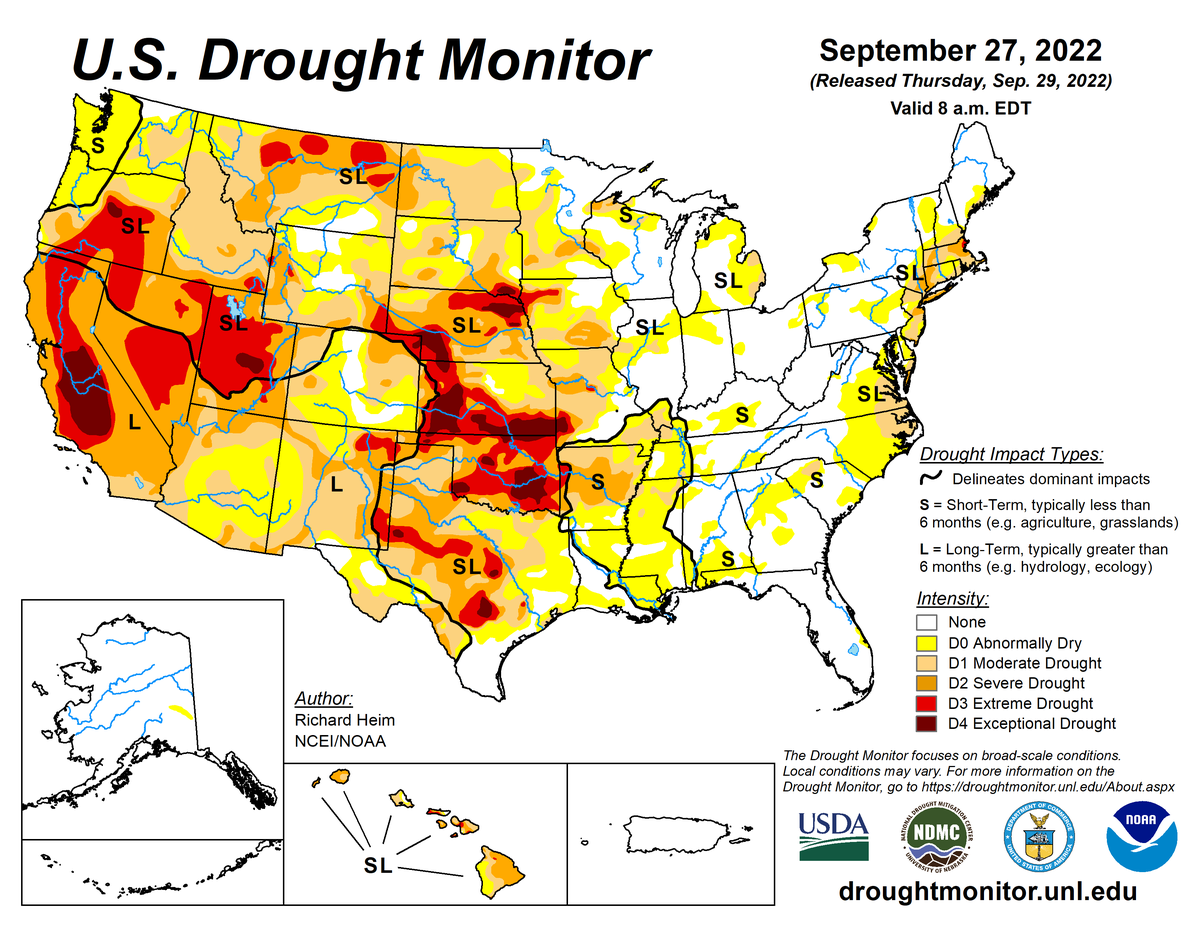 It’s hard to miss a hurricane, given that storm forecasts dominate news coverage for as much as a week in advance of landfall

According to the June 16, 2020, U.S. Drought Monitor, moderate to extreme drought covers 19.6% of the United States including

According to the August 14, 2018, U.S. Drought Monitor, moderate to exceptional drought covers 30.7% of the United States, an