First implemented in 2002, the U.S. Climate Reference Network, or USCRN, is a sophisticated climate-observing network of 114 stations across the Lower 48, which NCEI specifically designed and deployed for quantifying climate change on a national scale. The USCRN is still expanding in Alaska with 22 out of 29 planned stations already in place. Two stations on the Big Island of Hawaii are also part of the network. But what exactly is a USCRN station and what does one entail?

Every USCRN observing site is equipped with a standard set of sensors as well as a data logger, a satellite communications transmitter, and appropriate shielding and power infrastructure for making reliable observations. When each site is deployed, all of the sensors are calibrated and put on a maintenance plan that includes routine replacement of aging sensors and annual maintenance visits.

NCEI monitors the performance of the entire network on a daily basis and our partners at the NOAA Atmospheric Turbulence and Diffusion Division in Oak Ridge, Tennessee, address any technical problems as quickly as possible.

The USCRN instrument suite measures air temperature, precipitation, soil moisture and temperature, solar radiation, wind speed, surface temperature, and relative humidity in open, pristine environments around the country that are most likely to have stable land cover and usage conditions for years to come like National Parks and Wildlife Refuges. A few of the sensors at each site that take these observations include: 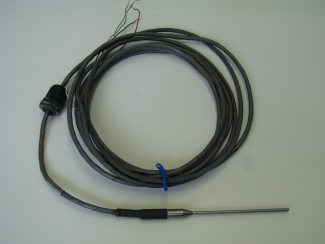 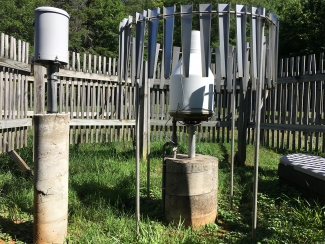 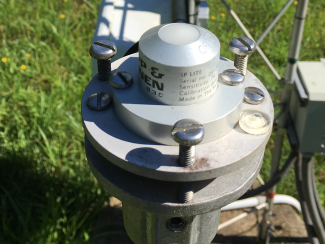 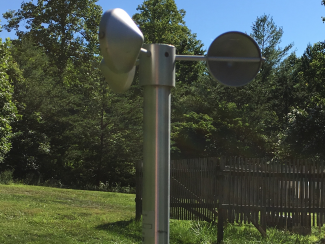 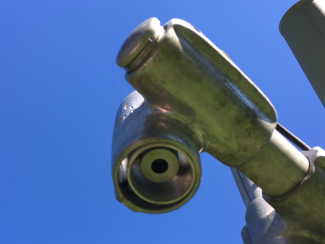 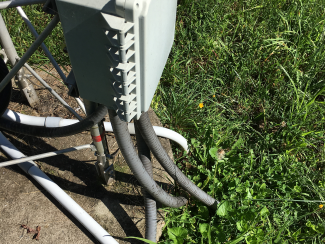 Most of these sensors are placed on a 10-foot tall instrument tower on arms at 4.5 feet above the ground. Some locations, like those that experience high snowfall and snow depth, are given special consideration when placing the instruments to account for those conditions. Air temperature, precipitation, and soil moisture and temperature are all primary variables measured using triple redundancy. In other words, three separate sensors measure each of these variables to ensure an accurate and consistent observation. If one sensor fails, there are still two others to back it up without missing a beat until it can be repaired.

The data logger is also attached to the tower, and it electronically stores five-minute and hourly observations. A geostationary satellite transmitter then sends the data to NCEI hourly, where they undergo a quality-control check and are placed online. The entire site design allows for future additions of new sensors on the tower without disrupting the physical site, ensuring the creation of an impeccable record of climate conditions in the United States far into the future.

Updates number of Alaska stations from 20 to 22.

Many things become more precious with age. Historical environmental data are priceless when it comes to understanding and

On Christmas Eve 1913, over 20,000 spectators gathered at the U.S. Capitol building for the first national Christmas celebration

For over a century, people across the globe have traveled to the heart of New York City on December 31 to watch a magnificent

The Automated Surface Observing System (ASOS) program is a joint effort between the National Weather Service, the Federal