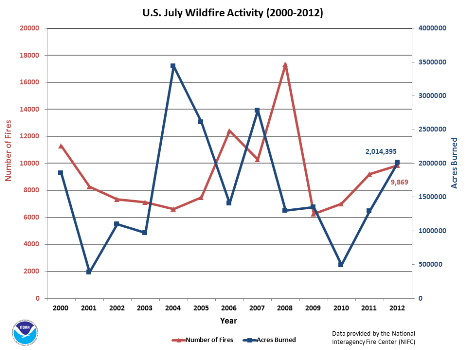 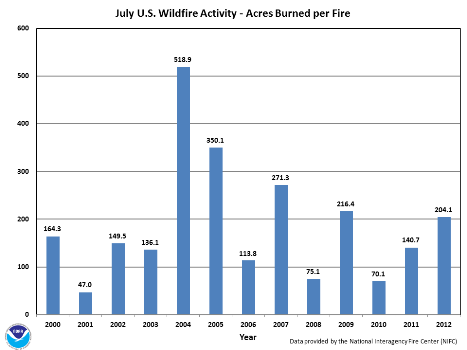 During July, warm and dry weather brought ideal wildfire conditions to a large portion of the nation. The 2.01 million acres that were burned by wildfires was the 4th most on record, while the 9,869 fires was the 5th most in the 2000-2012 record for July. 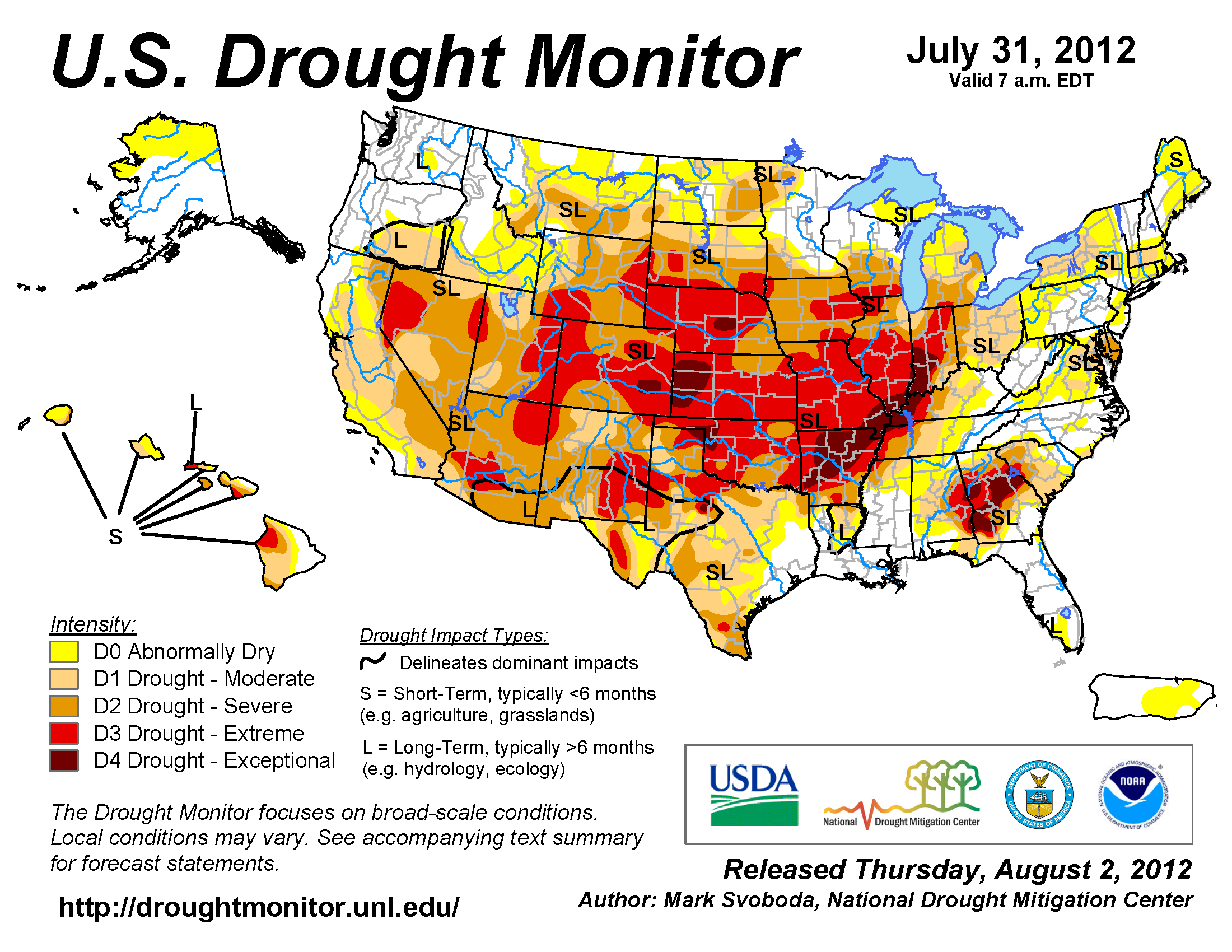 
Please note, this is a list of select fires that occurred during July. Additional fire information can be found through Inciweb. 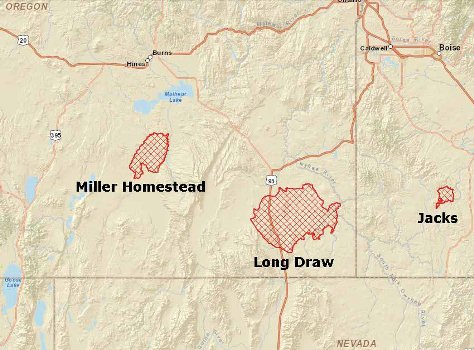 The Long Draw Fire which burned in a remote region of southeastern Oregon charred nearly 560,000 acres during July. The fire was ignited by a lightning strike on July 8th and was fully contained by the end of the month. The impacts of the fire were limited due to the rural location, with only a few ranchers losing cattle. The Long Draw Fire was the largest fire to impact Oregon since the 1840s, and surpassed 2002's Biscuit Fire in terms of acreage burned, which charred 500,000 acres. More than 480 firefighters were called to battle the blaze to prevent it from reaching populated areas. 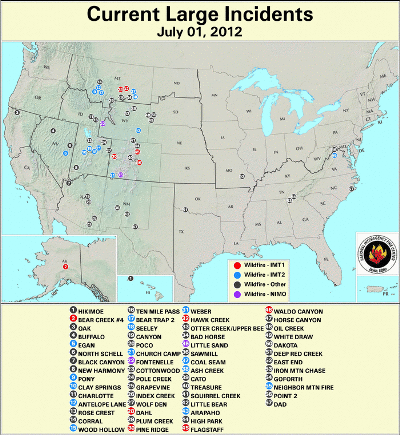 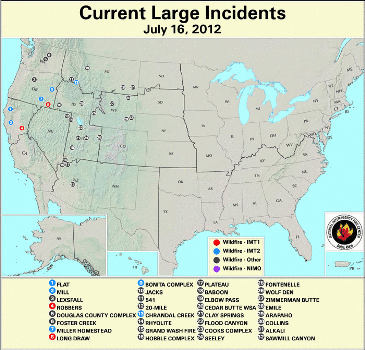 By mid-July, there were 32 large wildfires active across the nation, entirely across the western states — two in both Washington and Nevada; three in California and Montana; four in Oregon, Idaho, and Arizona; and five in Utah and Wyoming. The fires in the Northwestern states were accompanied by high fire danger and extremely low 10-hour and 100-hour fuel moistures. The wildfire conditions across the Great Basin were associated with high fire danger and low fuel moistures, while very low KBDI values contributed to the wildfire conditions in the Southwest. 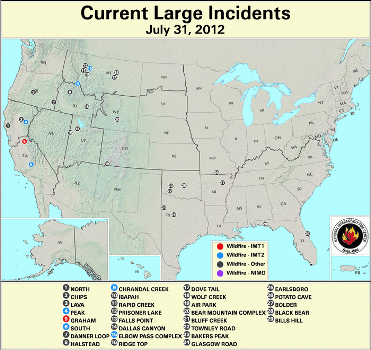 On July 31st, there were 29 large wildfires active nationwide. Two fires were active in Florida, where high KBDI values were observed. Seven fires were burning across the Southern Plains and Mid-South where very warm conditions dominated during July, drying out fuels. High fire danger, very high KBDI values, and low 10-hour fuel moistures were observed across the region. In total, 20 fires were active across the western states of California, Colorado, Utah, Oregon, Idaho, Montana, and Wyoming. Warm and dry conditions during much of July contributed to high fire danger and high KBDI values, as well as lowering 10-hour, 100-hour, and 1,000-hour fuel moistures.