The map below provides January average temperatures, compared to the normal period (1981-2010), for locations across the state. 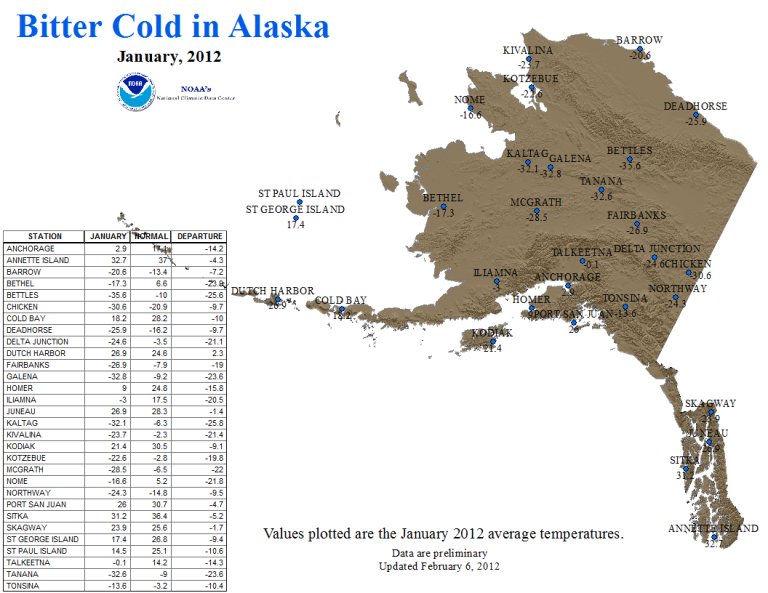 More information on Alaskan weather/climate can be found through our partners:

For additional details about recent temperatures and precipitation across the U.S., see the Regional Highlights section below. For information on local temperature and precipitation records during the month, please visit NCDC's Records page. For details and graphics on weather events across the U.S. and the globe please visit NCDC's Global Hazards page.