U.S. temperature and precipitation in October were near average

The October nationally averaged precipitation total of 2.19 inches was slightly above the long-term average. The Northwest, Midwest, and Northeast were wetter than average, while below-average precipitation was observed across the Southern Rockies and the Central and Southern Plains. As of October 30, 60.2 percent of the contiguous U.S. was experiencing drought conditions with the most severe conditions in the Great Plains.

Note: The October Monthly Climate Report for the United States has several pages of supplemental information and data regarding some of the exceptional events from the month and season. 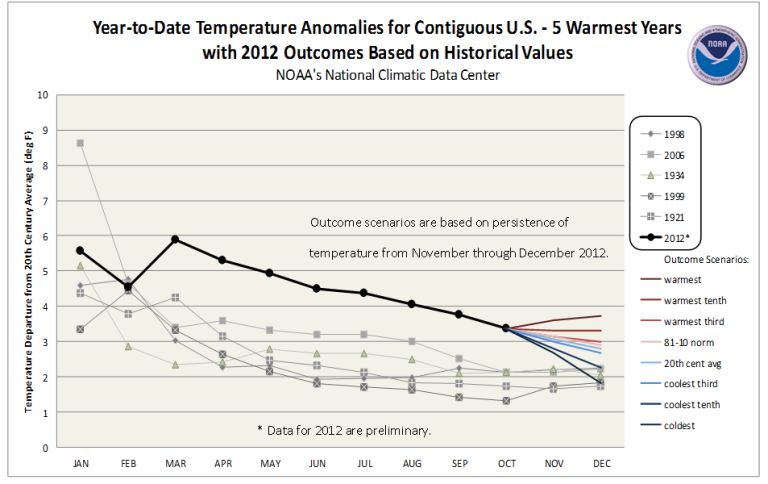 This graphic shows the calendar-year temperature outcomes based upon observed January-through-October temperatures, and eight historical scenarios for October-through-December. Click here for more information.