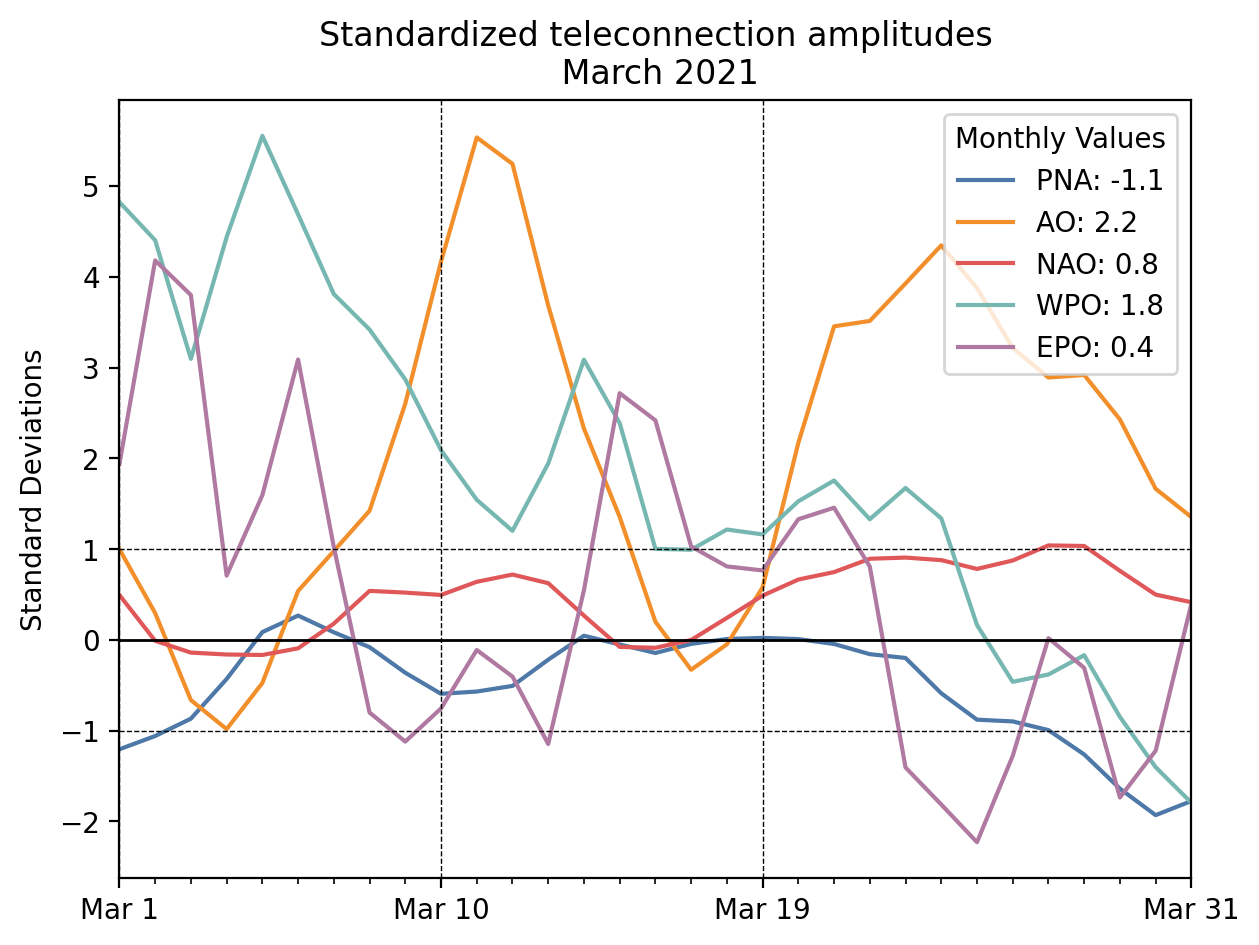 The dominant climate pattern in March was a strongly positive Arctic Oscillation (AO). March 11 was the ninth highest daily AO value since 1950, and the monthly mean was the fifth highest March on record. This signal is particularly noteworthy because February had some of the most negative values on record.

The positive AO was coupled with a strongly positive West Pacific Oscillation (WPO), which shifted the polar vortex towards northeastern Russia with a strong ridge over the North Pacific. This circulation pattern also led to a ridge over the eastern U.S., which contributed to the warm temperatures from the Northern Plains to the Northeast.

The East Pacific Oscillation (EPO) was also positive early in March, which helped extend the ridge towards the southwestern U.S. This pattern weakened later in the month leading to a series of troughs moving across the southern tier. The first of these led to a historic blizzard for the central Rockies and High Plains. The second produce a major tornado outbreak over the Southeast on March 17, which was repeated eight days later by the final trough. 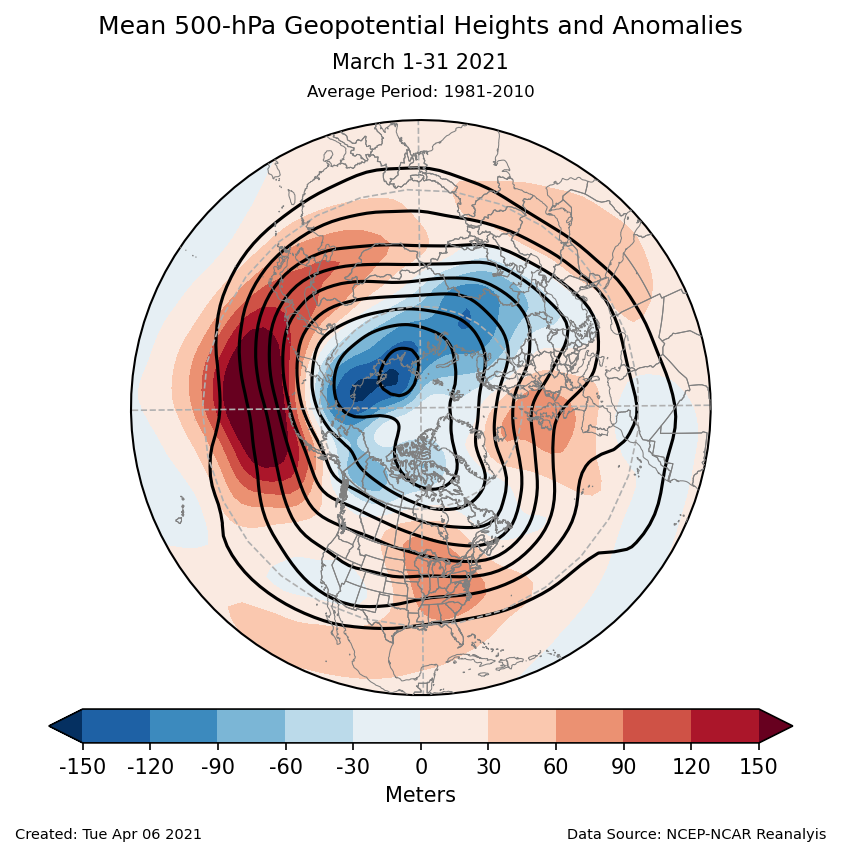 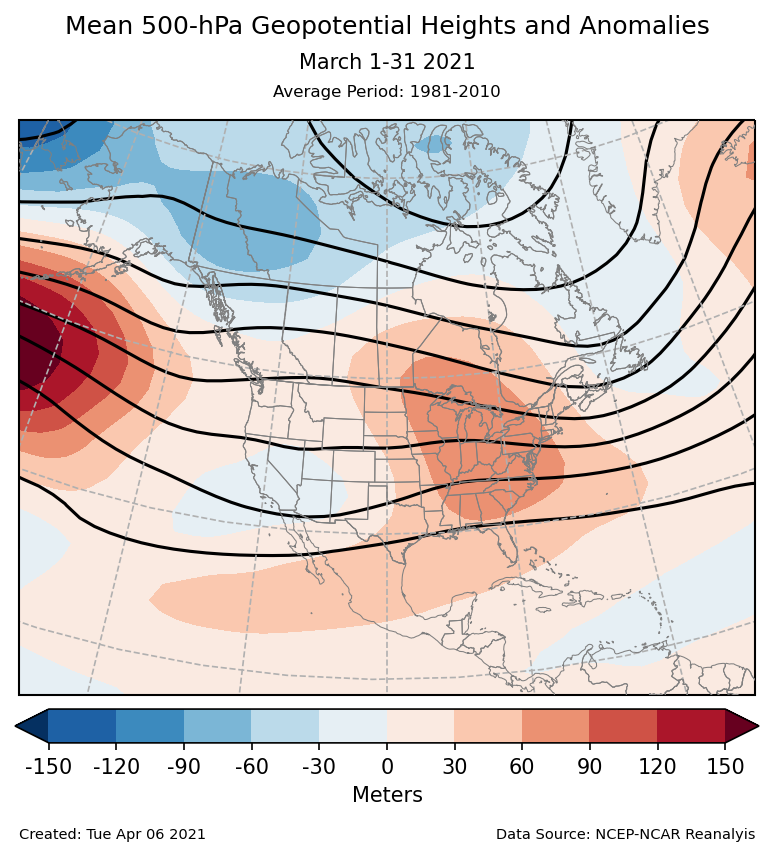 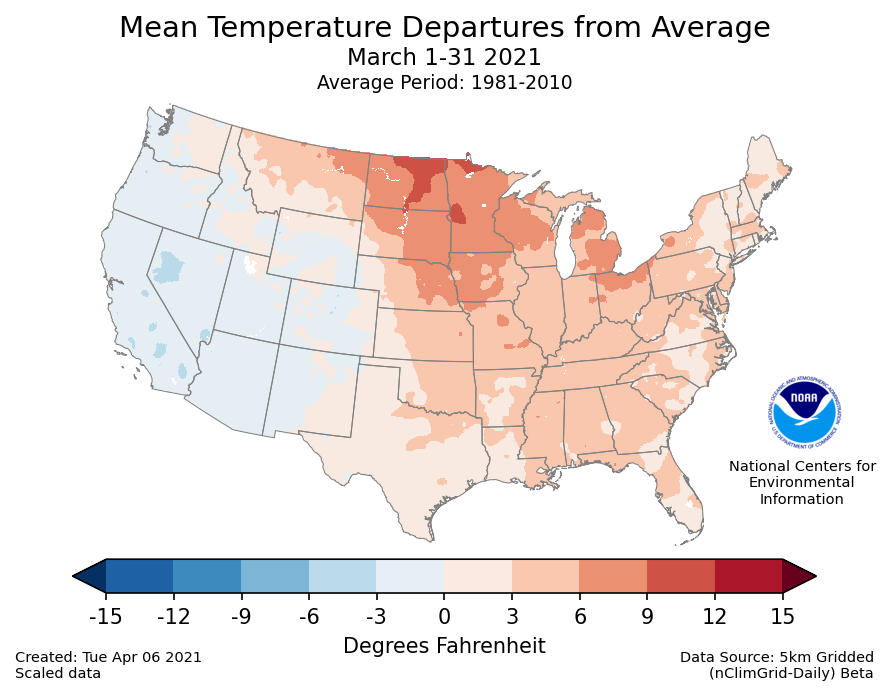 Temperature anomalies (departure from normal) for the CONUS for March 2021 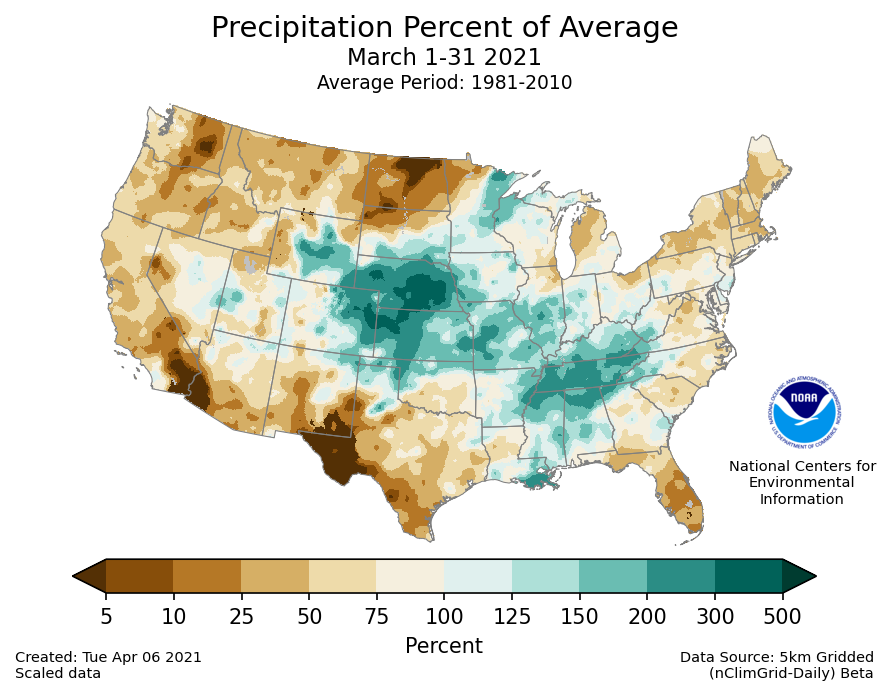 Precipitation anomalies (percent of normal) for the CONUS for March 2021 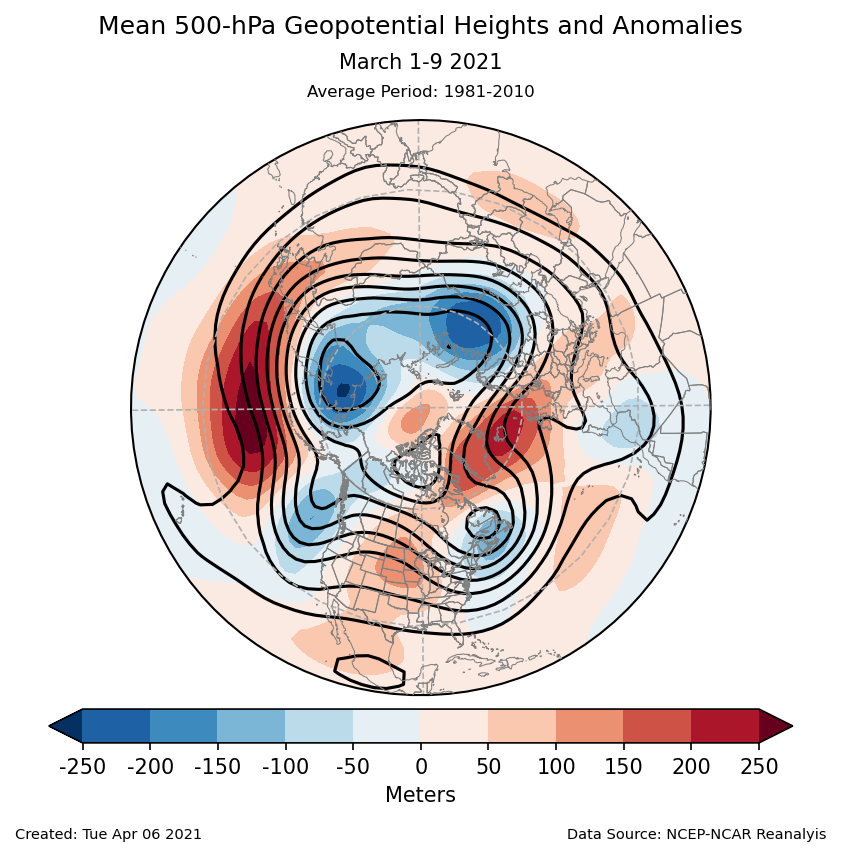 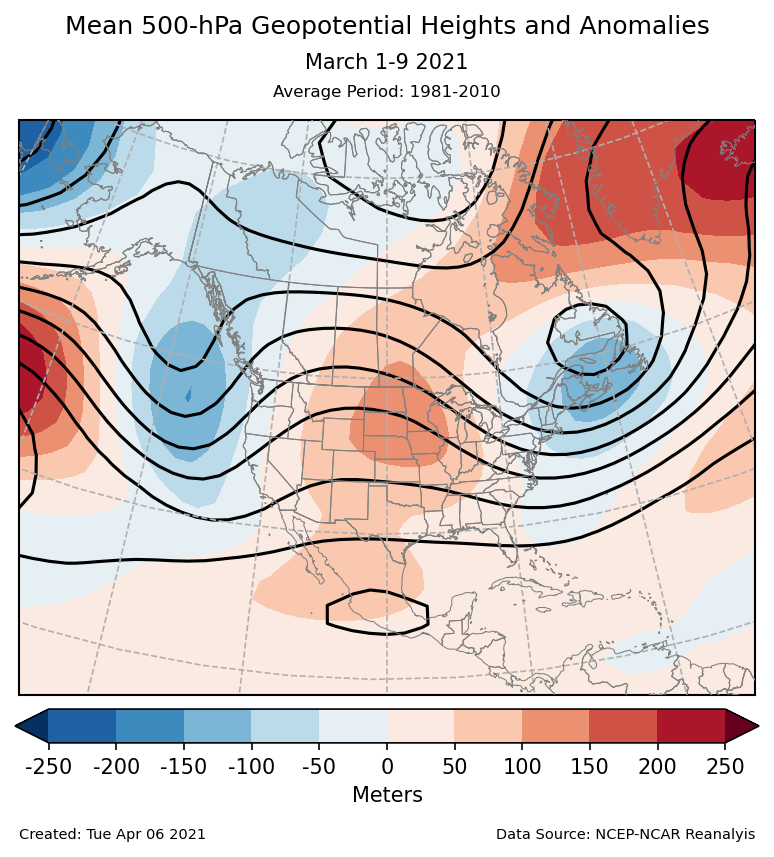 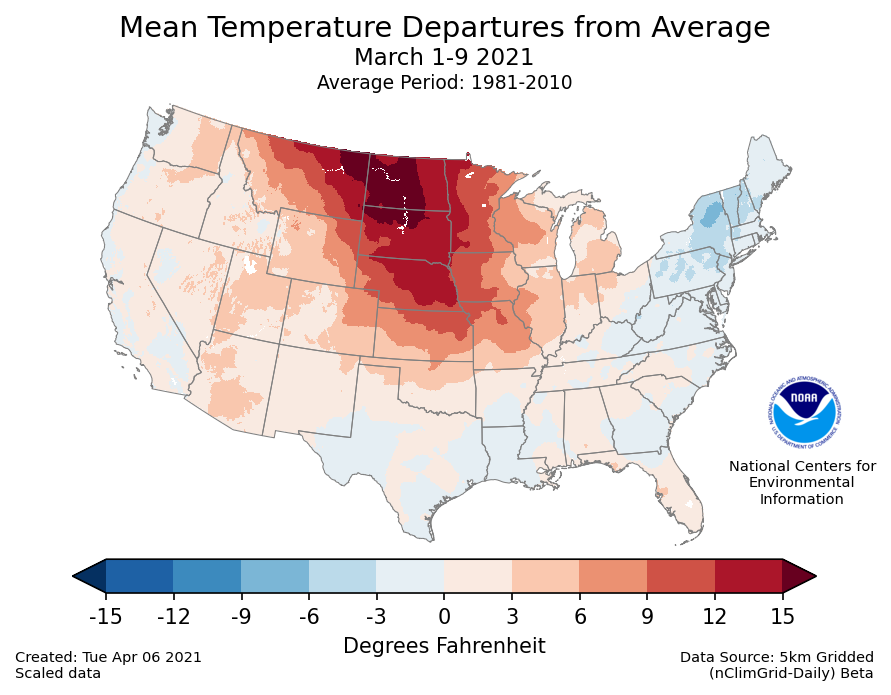 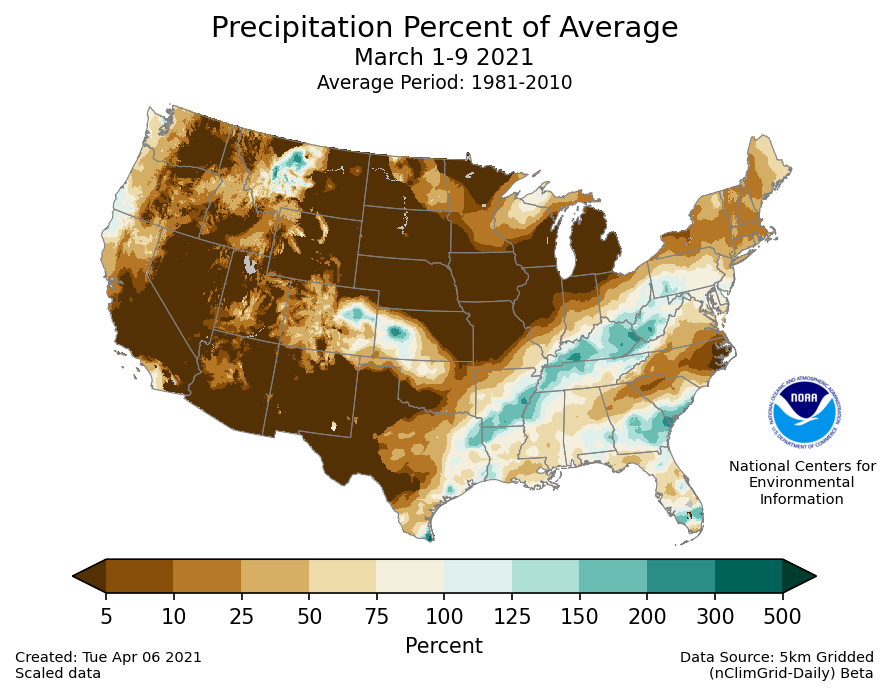 March began with a ridge over the Great Plains that suppressed precipitation across the country. It was also associated with warmer than normal temperatures particularly for the Northern Plains. These anomalies were particularly noteworthy compared with the very cold anomalies from just a few weeks earlier. The ridge was associated with a wavetrain that included a strong ridge over the northwestern Pacific and a trough over the Gulf of Alaska. The northwestern Pacific ridge was part of exceptionally positive AO and WPO signals, while the trough was part of a strongly positive EPO. 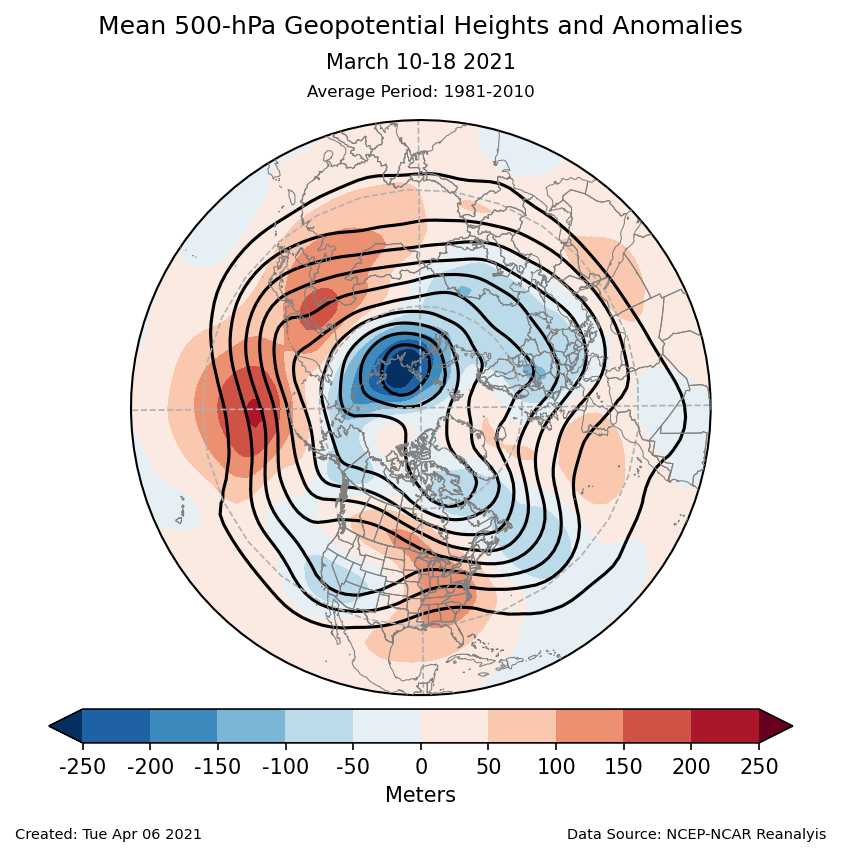 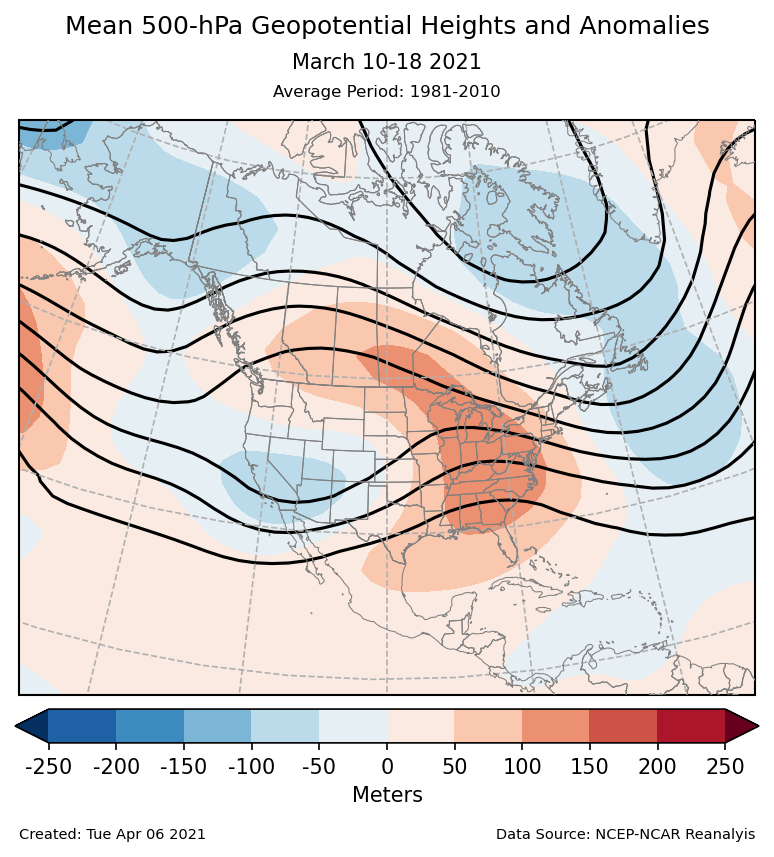 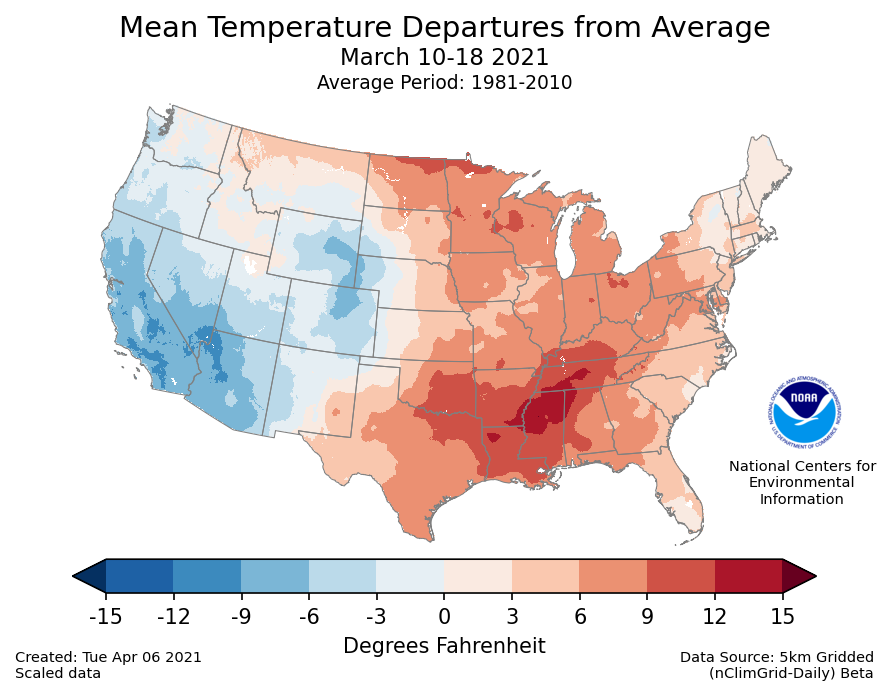 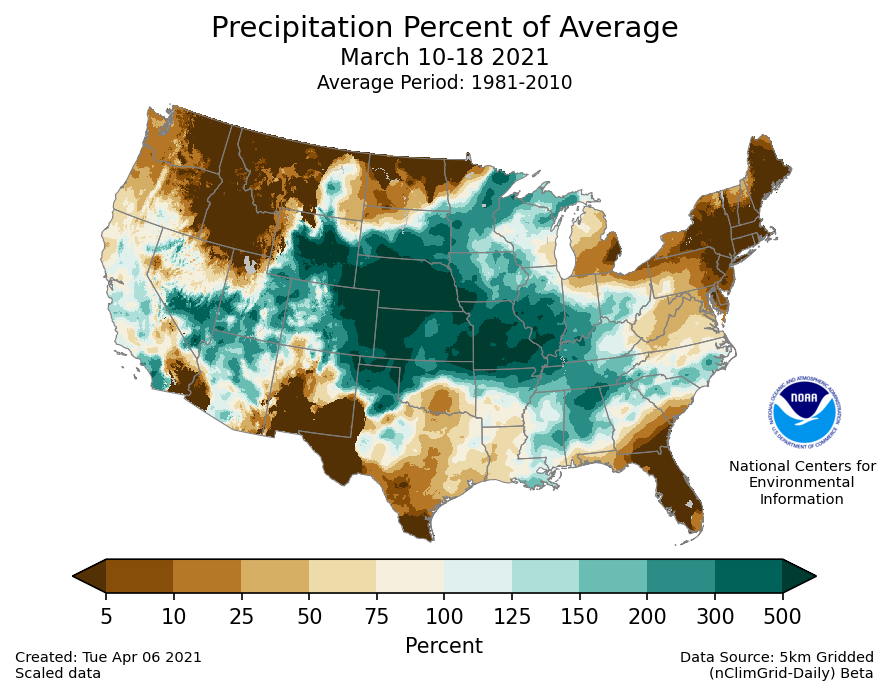 During the middle of March, the trough from the Gulf of Alaska shifted southwestward, and the ridge moved from the Plains to the East Coast. The trough over the Southwest led to cold anomalies there. As it moved eastward, it also spawned a strong surface cyclone that led to a historic blizzard for the central Rockies and High Plains. A subsequent trough propagated across the southern tier and led to the first of two significant tornado outbreaks for the Southeast. 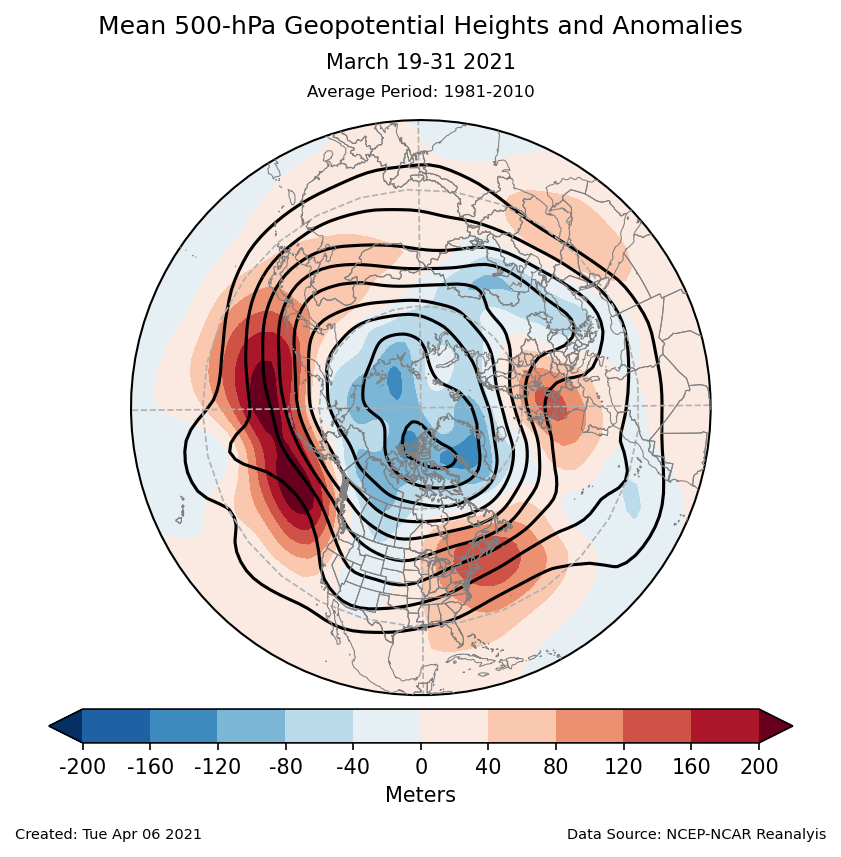 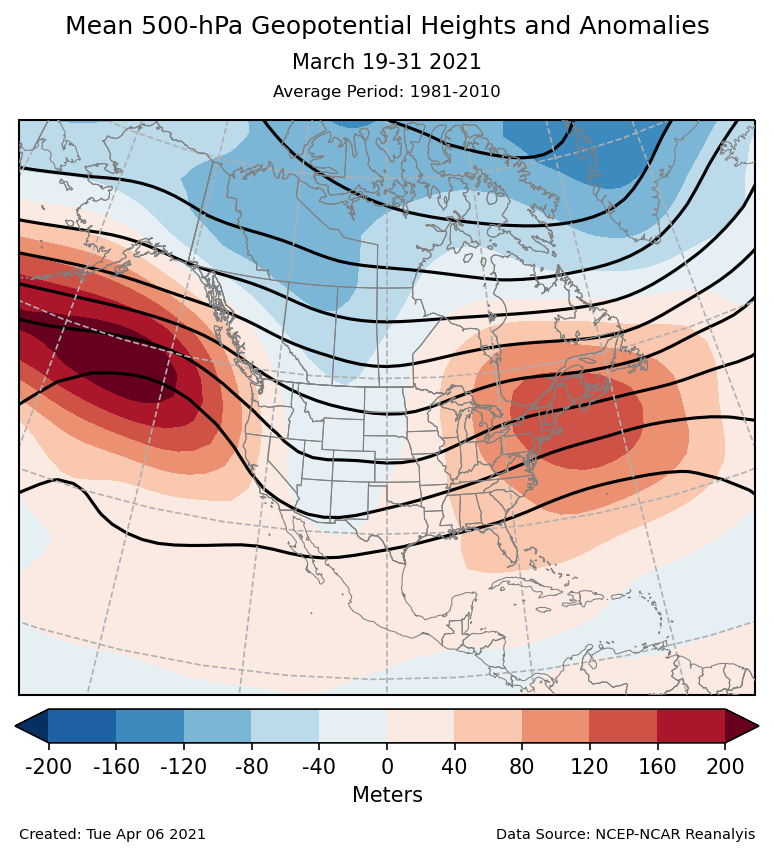 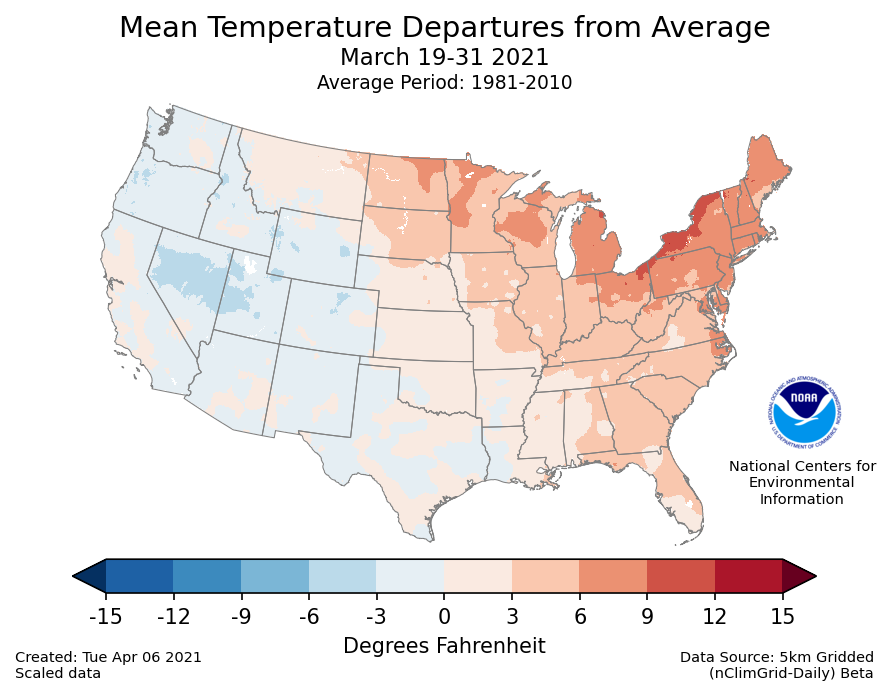 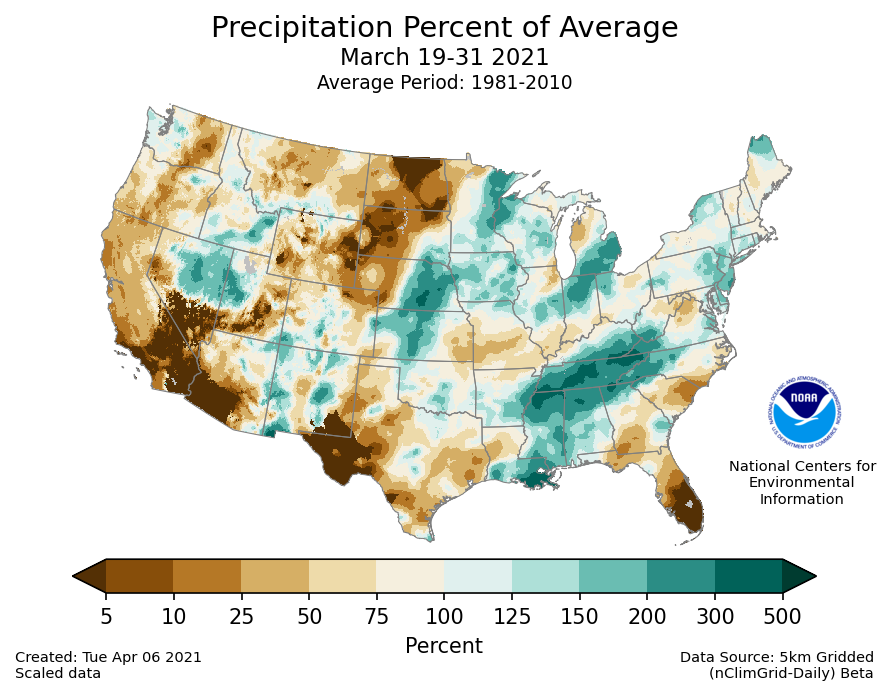 The latter part of March featured a more propagating pattern with a series of troughs and ridges moving across North America. On average, the troughs were strongest in the western U.S. and the ridges dominated the Northeast. The last of these troughs led to a second tornado outbreak over the Southeast and flooding to Tennessee.