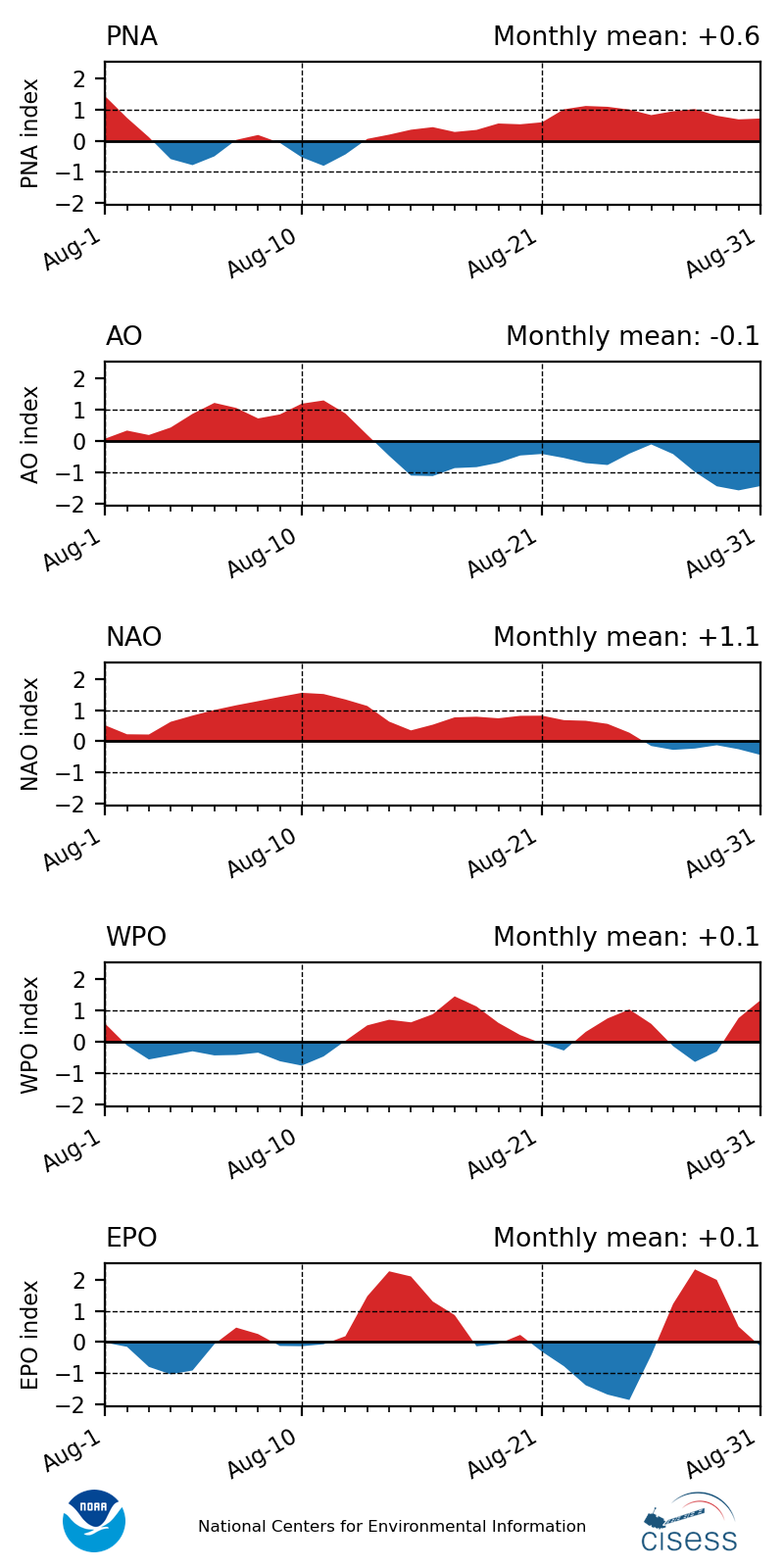 The Southwest Monsoon has been particularly active this summer, and that trend continued in August. The pressure gradient between the West Coast ridge and a series of East Pacific hurricanes brought repeated surges of moisture up the Gulf of California and into the Southwest. The moisture also moderated the temperature anomalies for the region. Farther east, a strong cold front brought heavy rain and flooding from Texas to Mississippi around August 20-25. It was particularly remarkable because Texas had been experiencing a prolonged heatwave and drought that began in April. 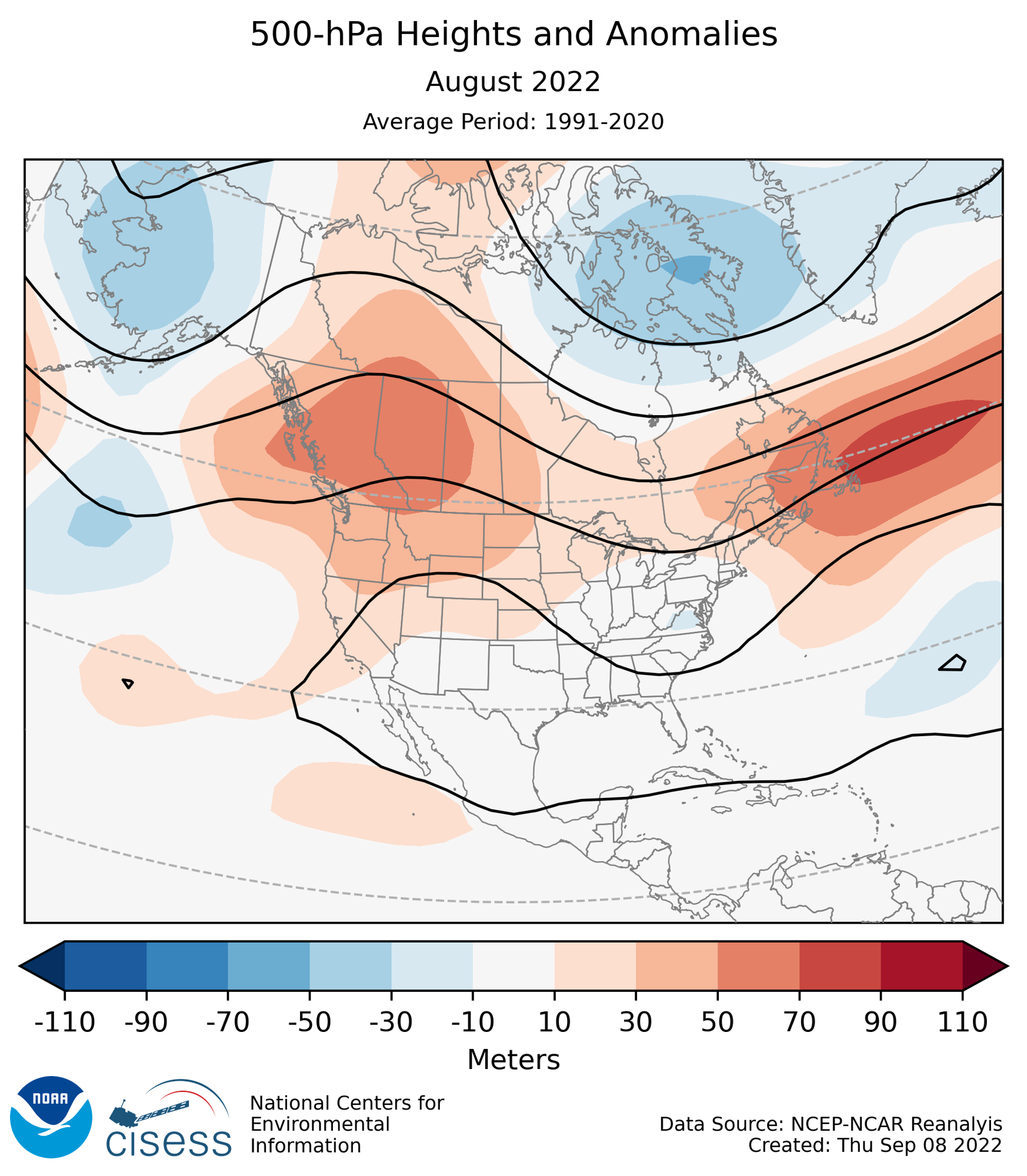 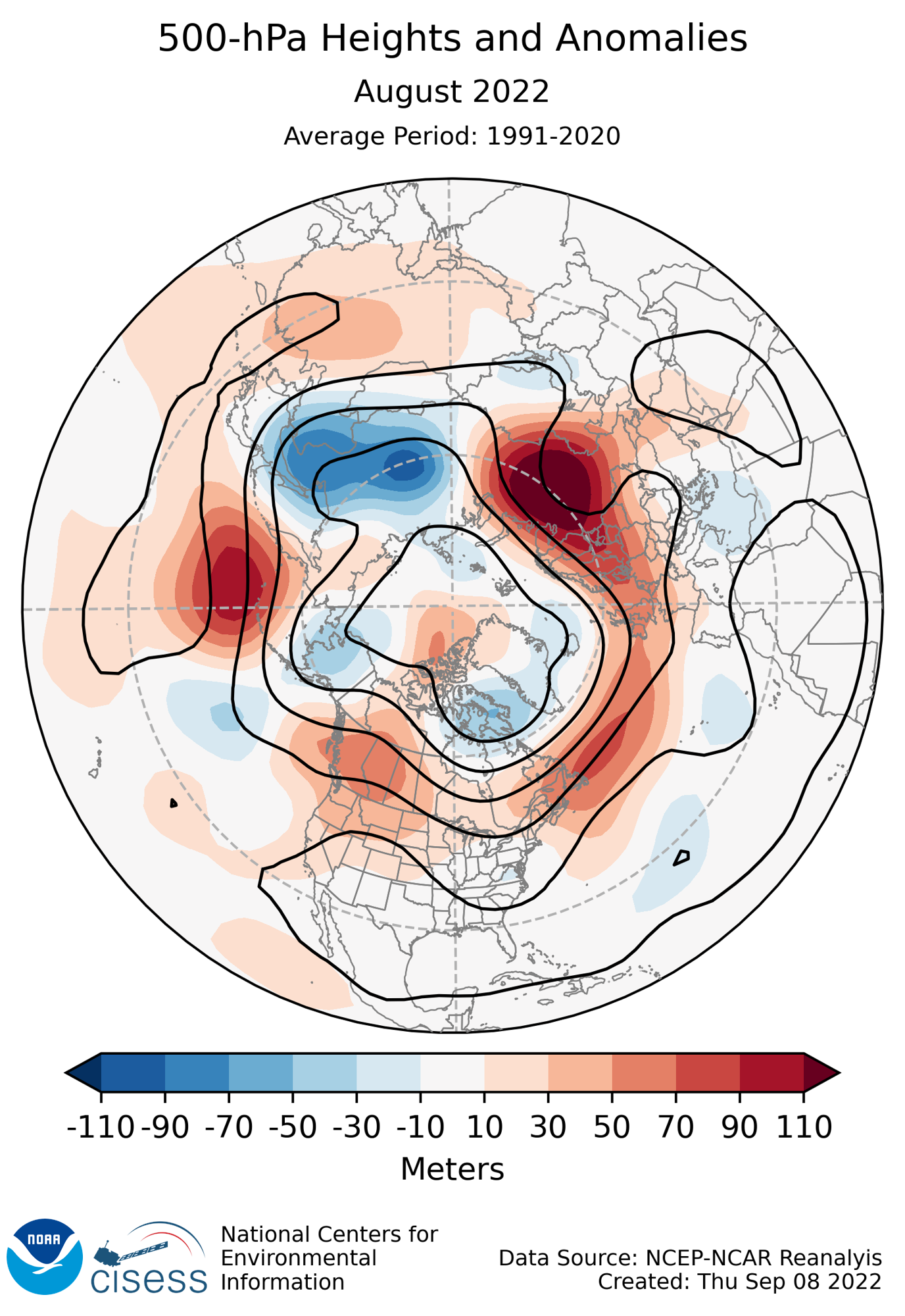 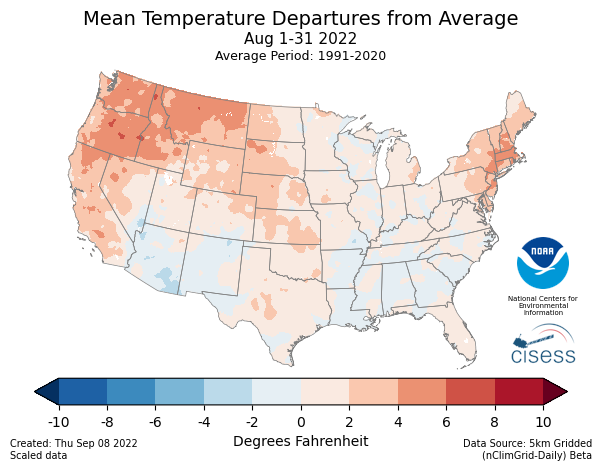 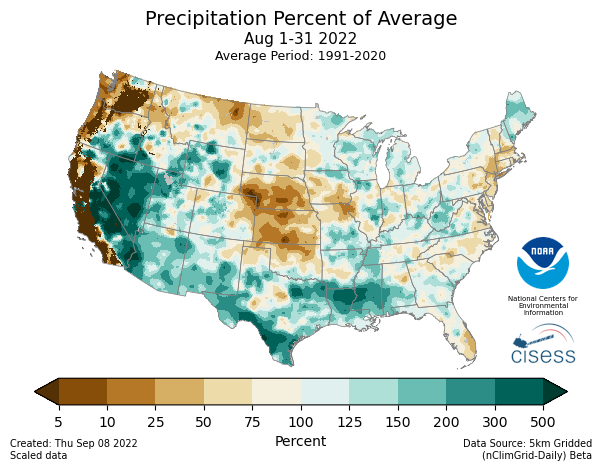 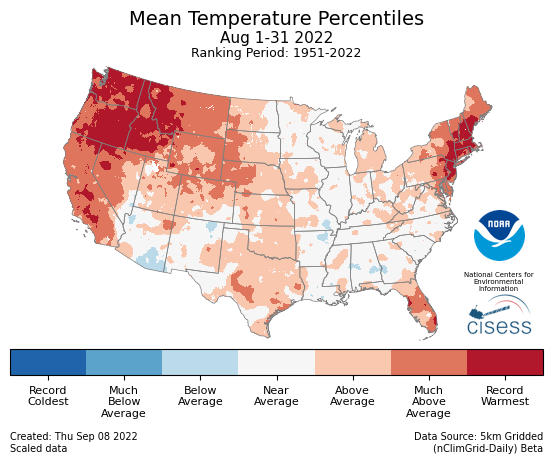 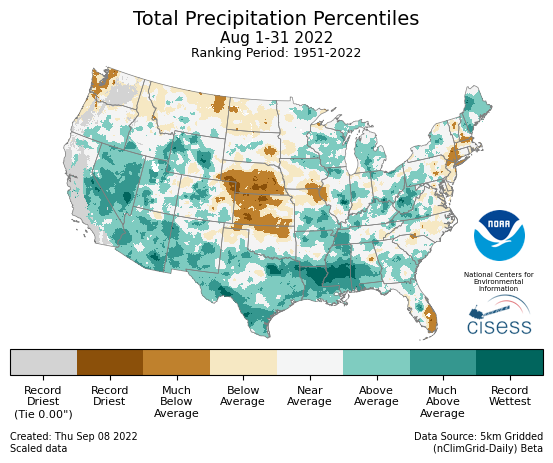 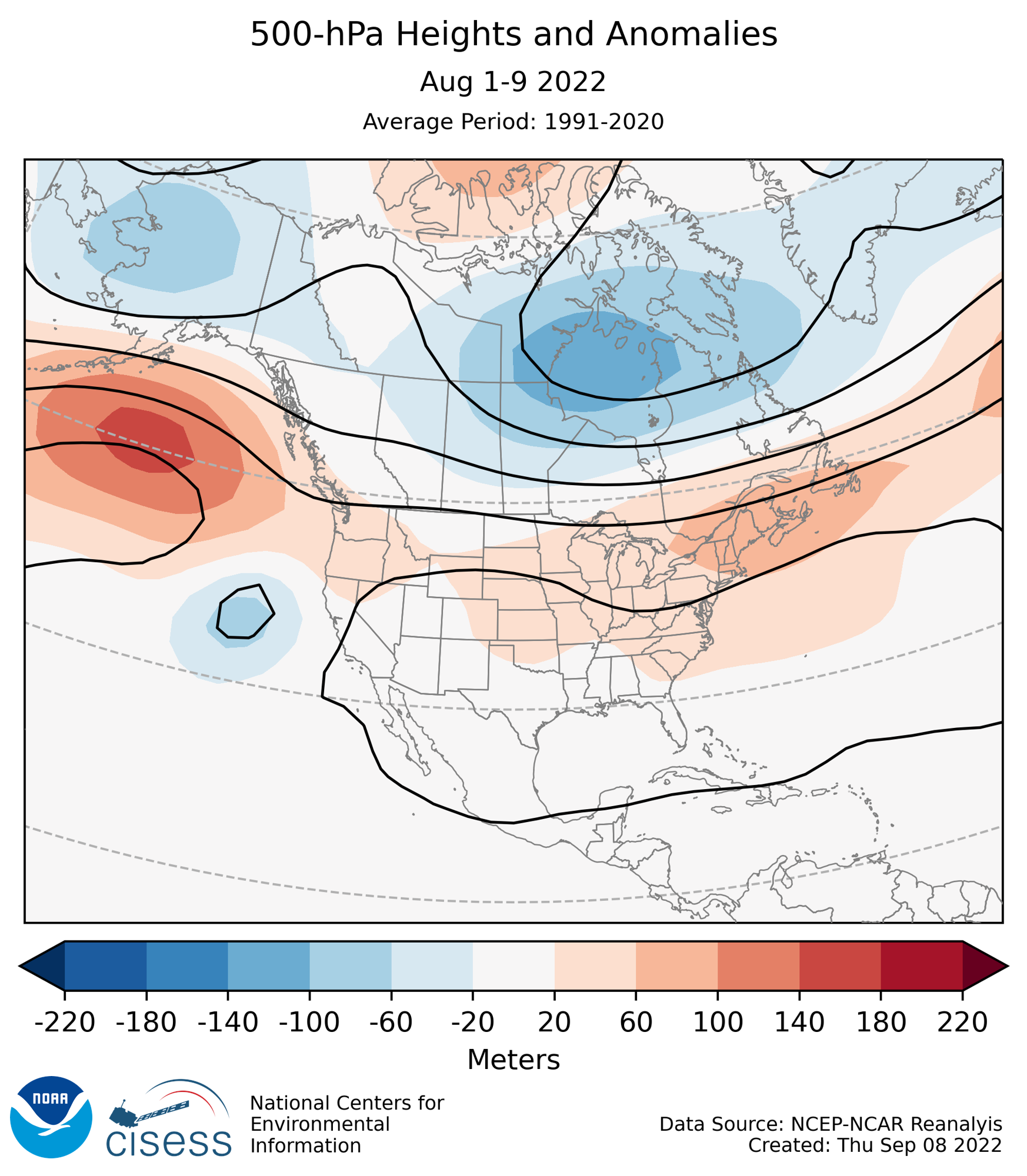 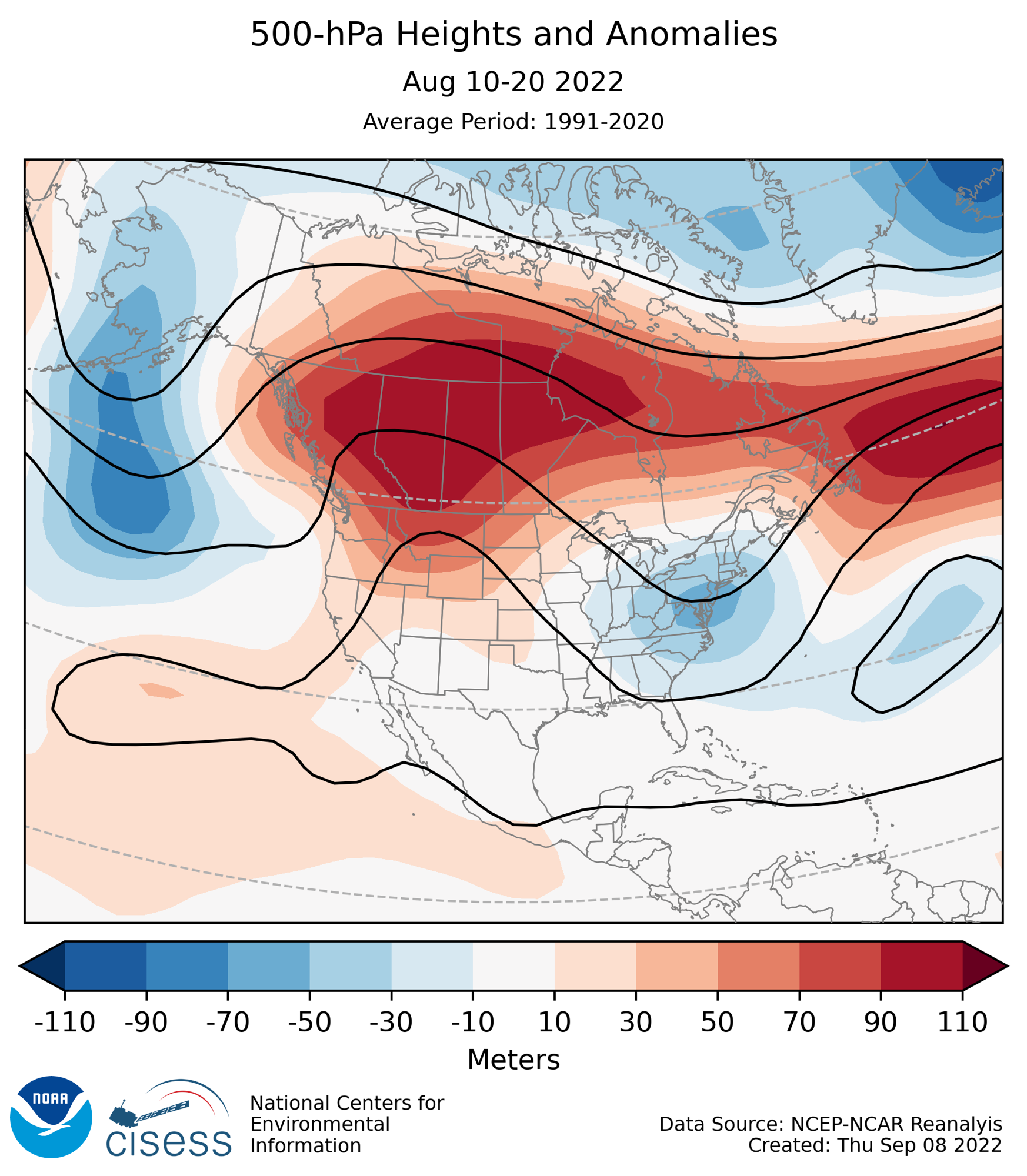 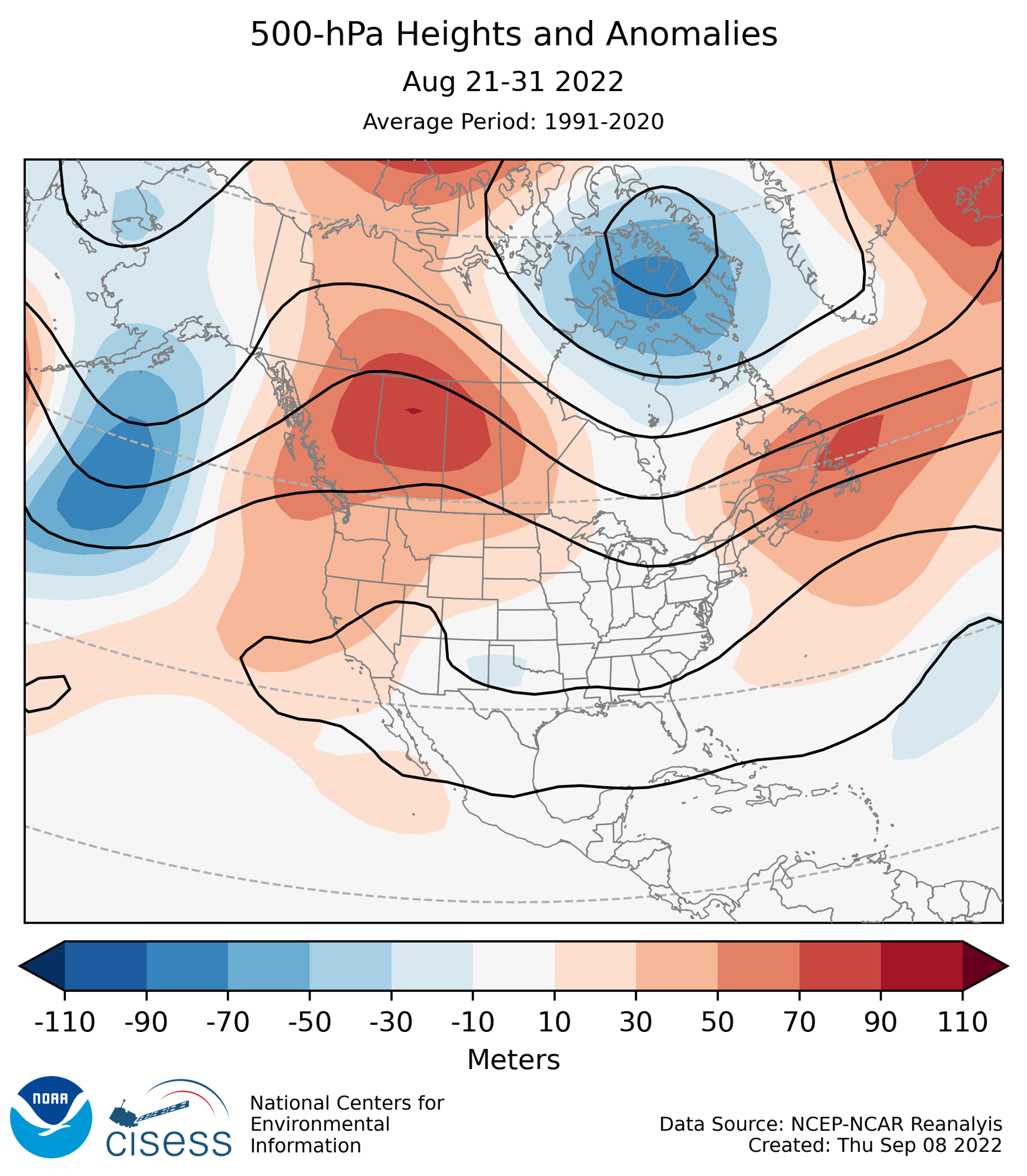 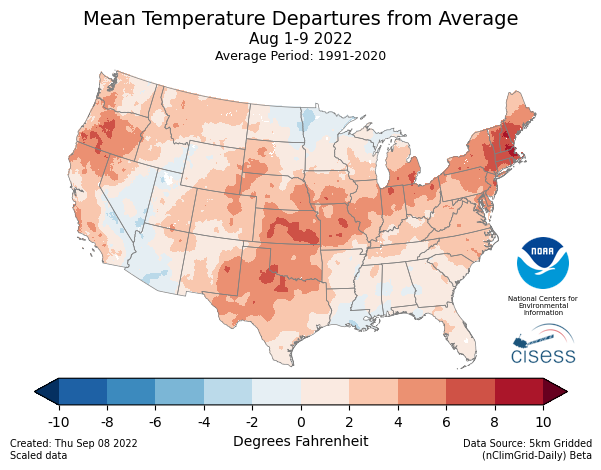 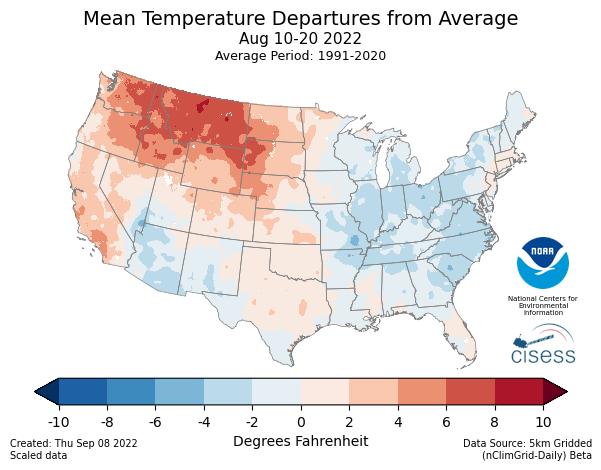 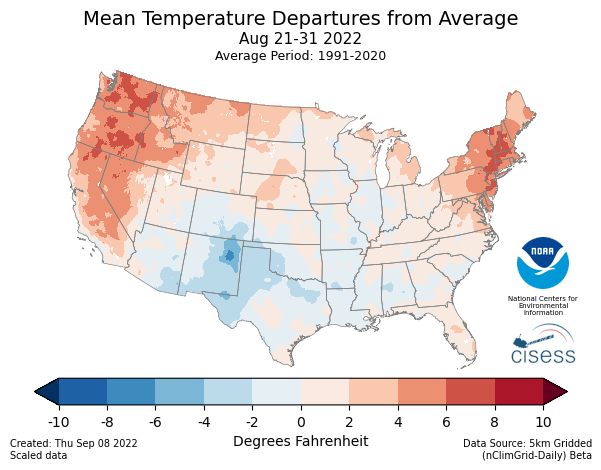 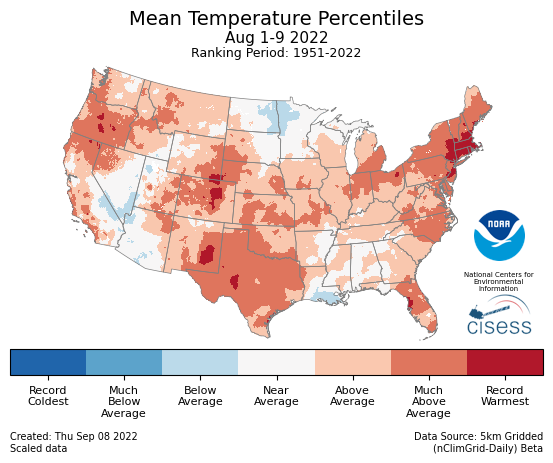 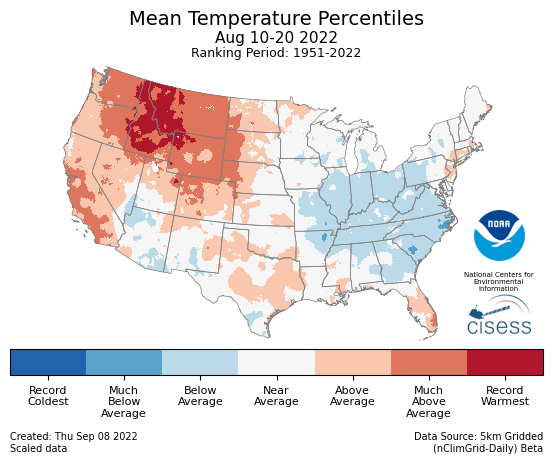 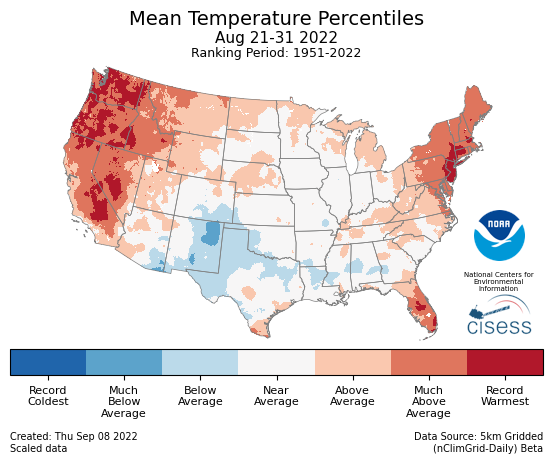 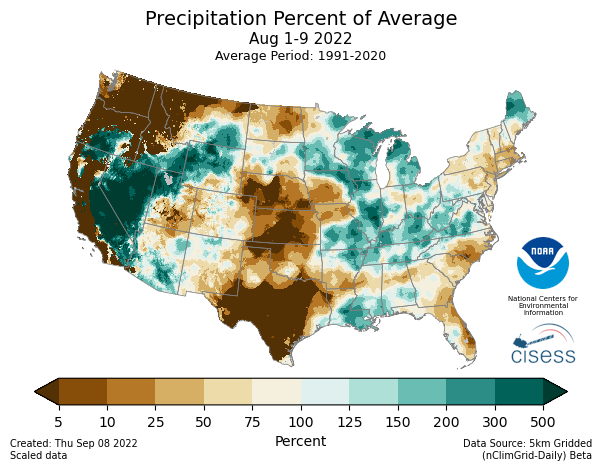 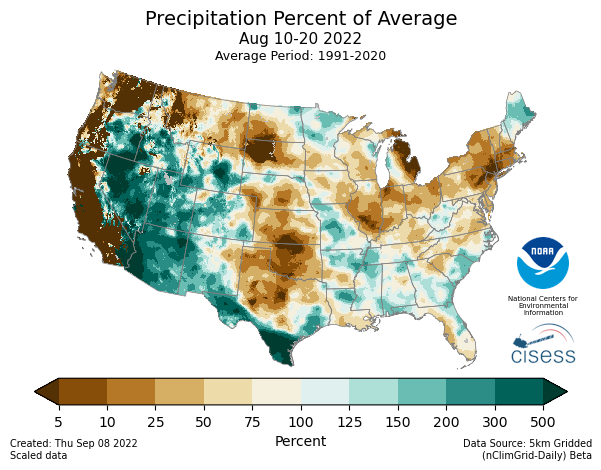 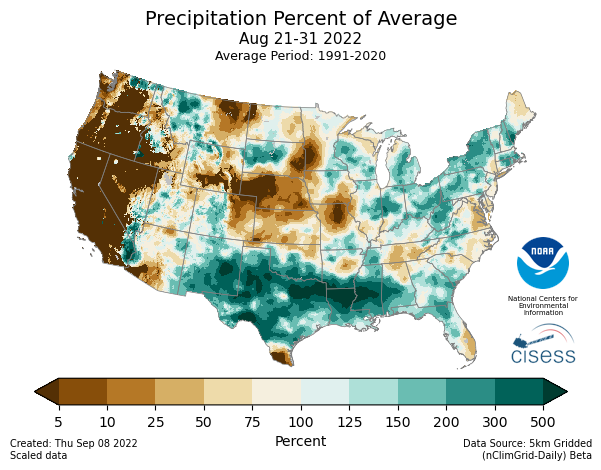 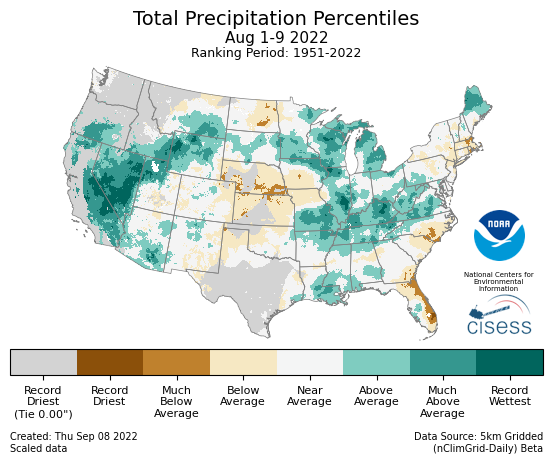 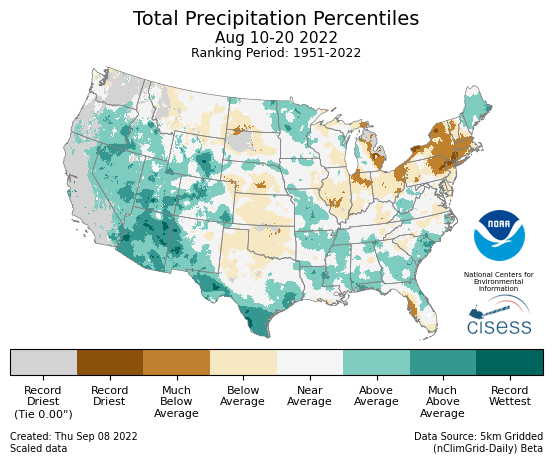 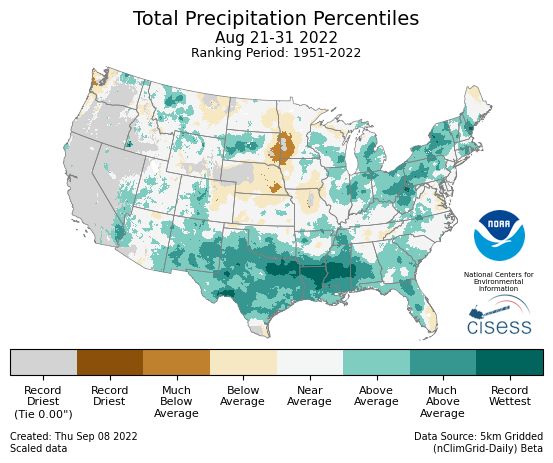 A broad ridge across the U.S. brought warmer than normal conditions to most of the country at the beginning of August. Record warmth was observed around New England. Temperatures were closer to normal in the Southwest where a surge of monsoonal moisture brought record rainfall and flooding to parts of California and Nevada. The precipitation and associated cloud cover contributed to the milder temperatures in the region. It was driven in part by the pressure gradient between the U.S. ridge and the remnants of Hurricane Frank in the East Pacific.

The middle of August exhibited a typical positive PNA pattern with a ridge near the Northern Rockies and a trough along the East Coast. The ridge was associated with record warmth around Idaho and western Montana, and the trough brought cool anomalies to the Eastern U.S. The gradient between the ridge and the remnants of Hurricane Howard caused another surge of monsoonal moisture with more rain and flooding in the Southwest.

Around August 21, a strong cold front swept across the Great Plains. The southwestern tail of that cold front tapped into moisture from the Gulf of Mexico and caused flooding around Dallas, TX. It brought an abrupt end to a heat wave that had dominated Texas since April and eased the drought in that region. The same system also caused flooding in Jackson, MI that breached the city's main water treatment facility. Meanwhile, a ridge along the West Coast brought record heat and dry conditions to the region, and another ridge along the East Coast was associated with record heat for the Northeast. 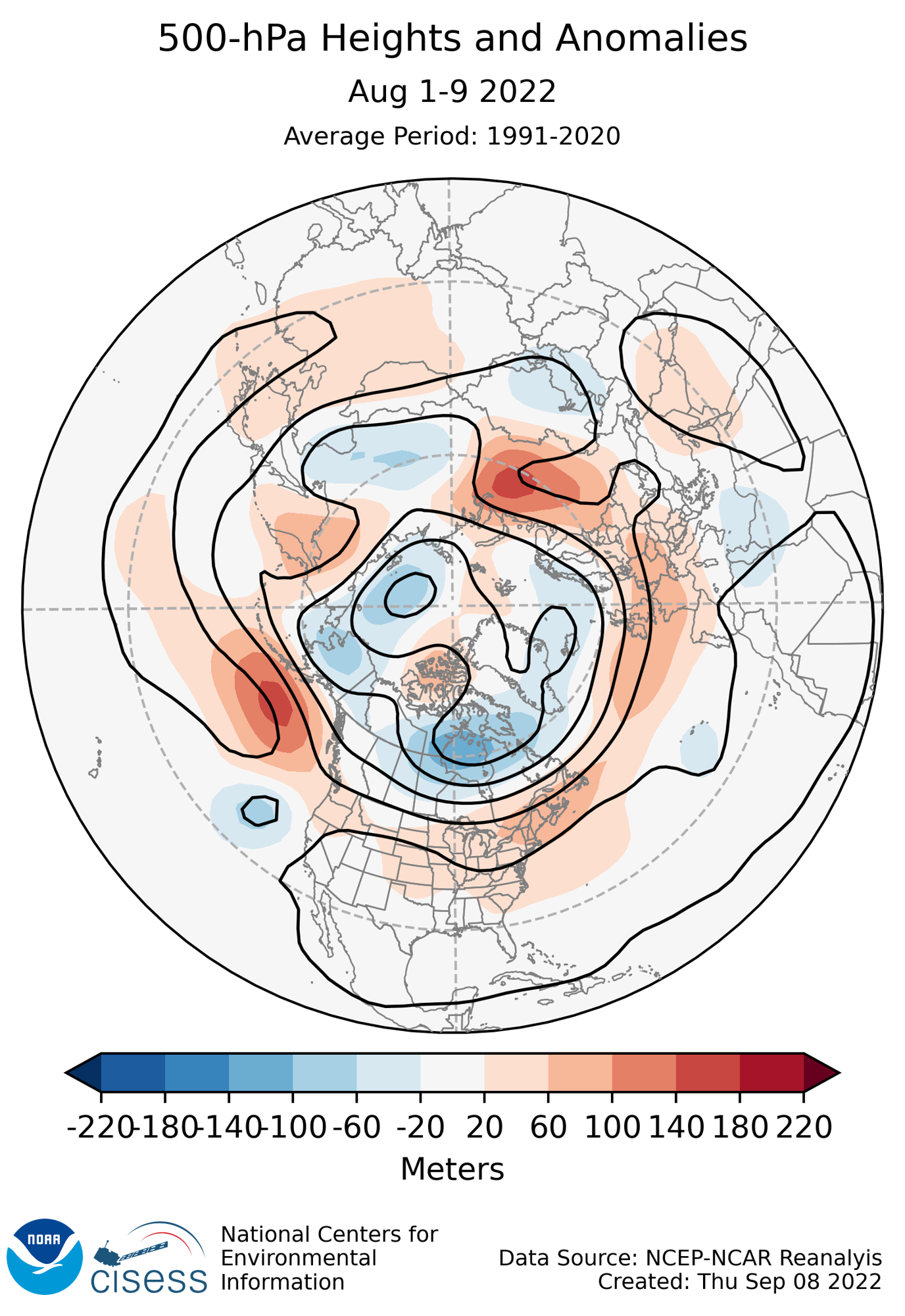 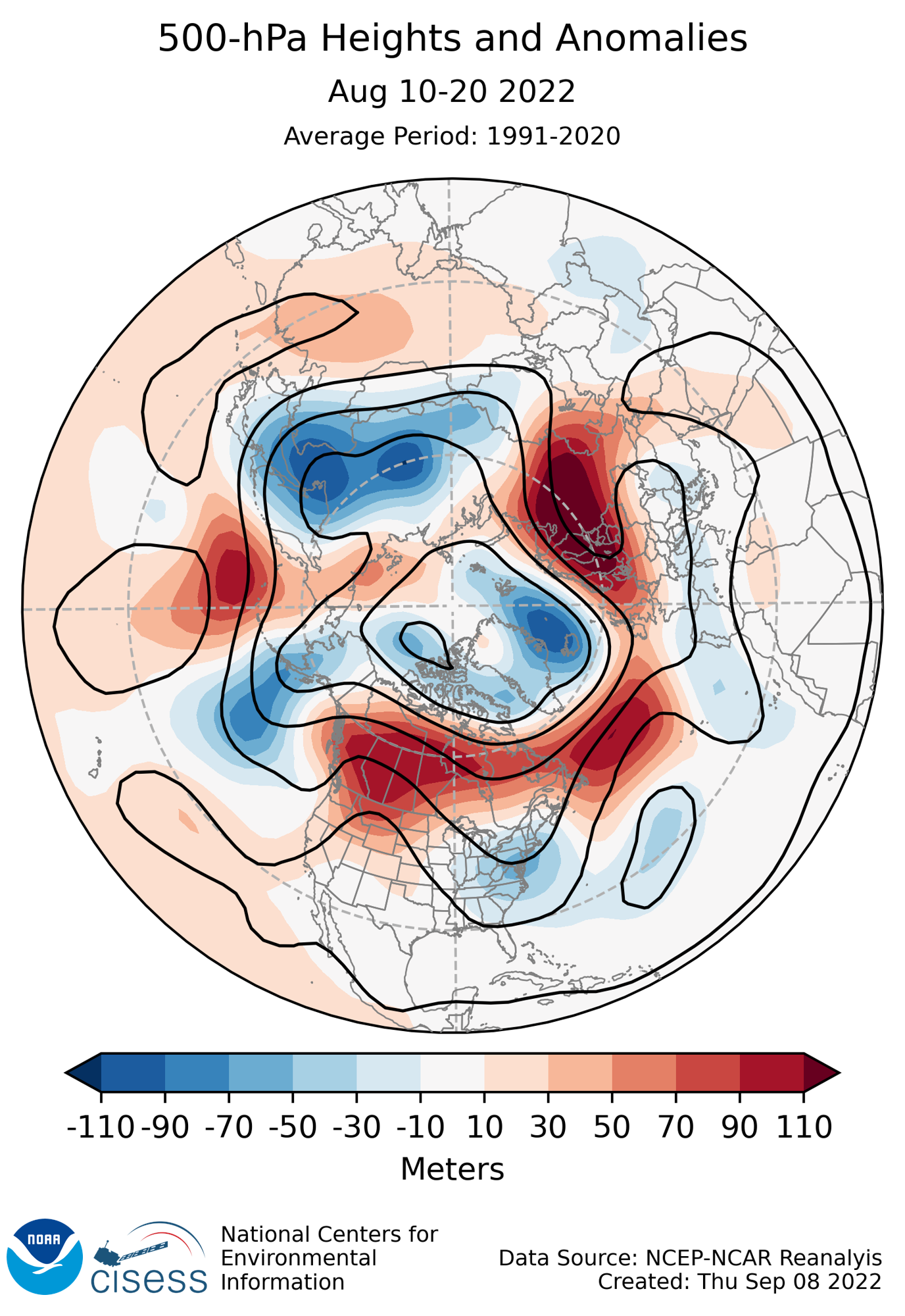 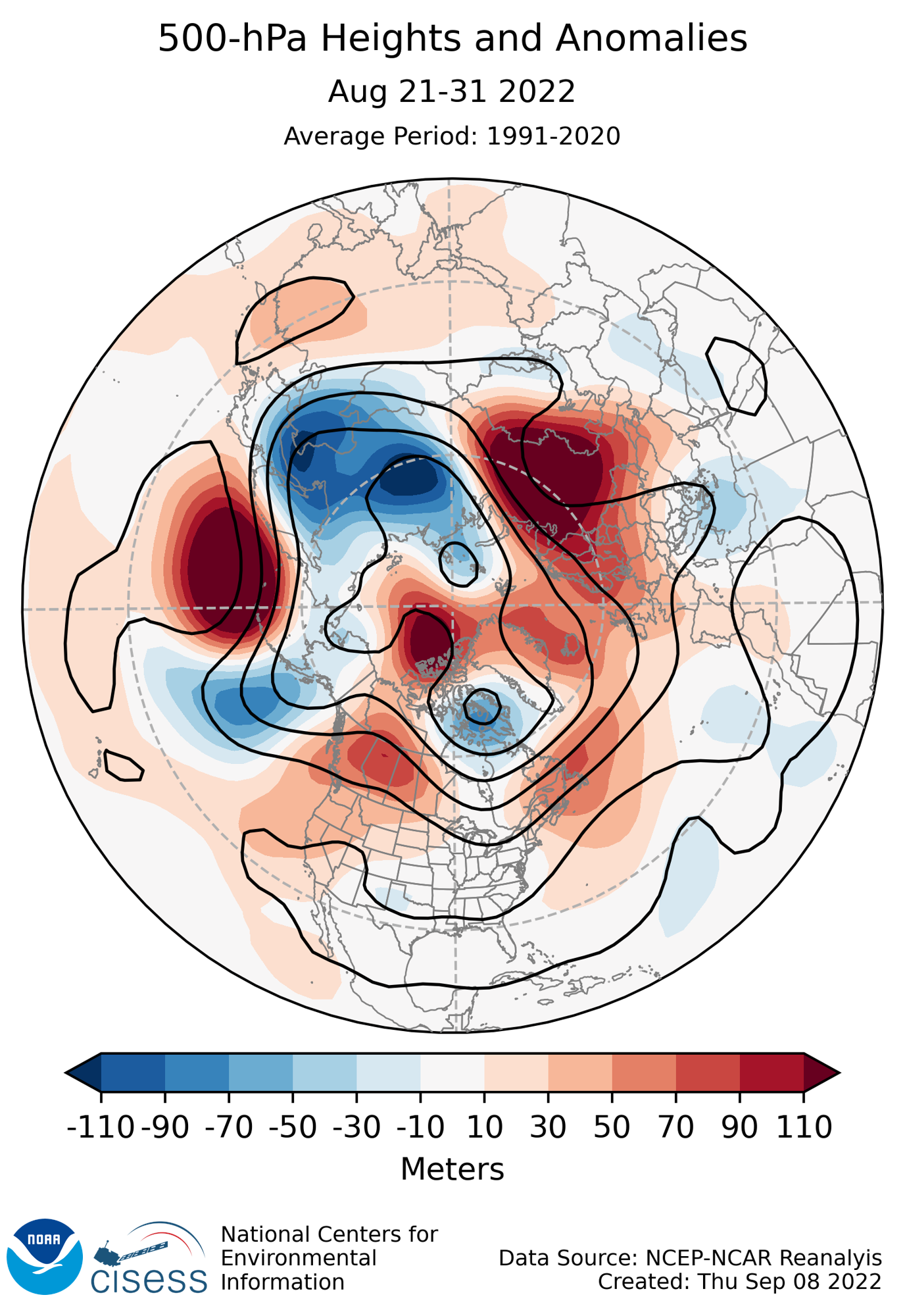