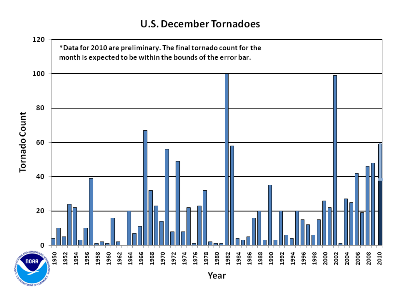 According to data from the Storm Prediction Center (SPC), December 2010 was an above-average tornado month, with 59 preliminary tornado reports across the United States. The pending tornado count currently ranks as the fourth busiest December for tornado activity since records began in 1950, behind December 2002, 1982, and 1967. Most of the tornado reports (53) were from December 31st as a strong storm system moved across the central part of the country. The northern edge of the storm brought heavy snowfall to the Northern Plains and severe weather was widespread over the Mississippi River Valley. A rare tornado also hit western Oregon on the 14th as a strong storm system made landfall from the Pacific Ocean. 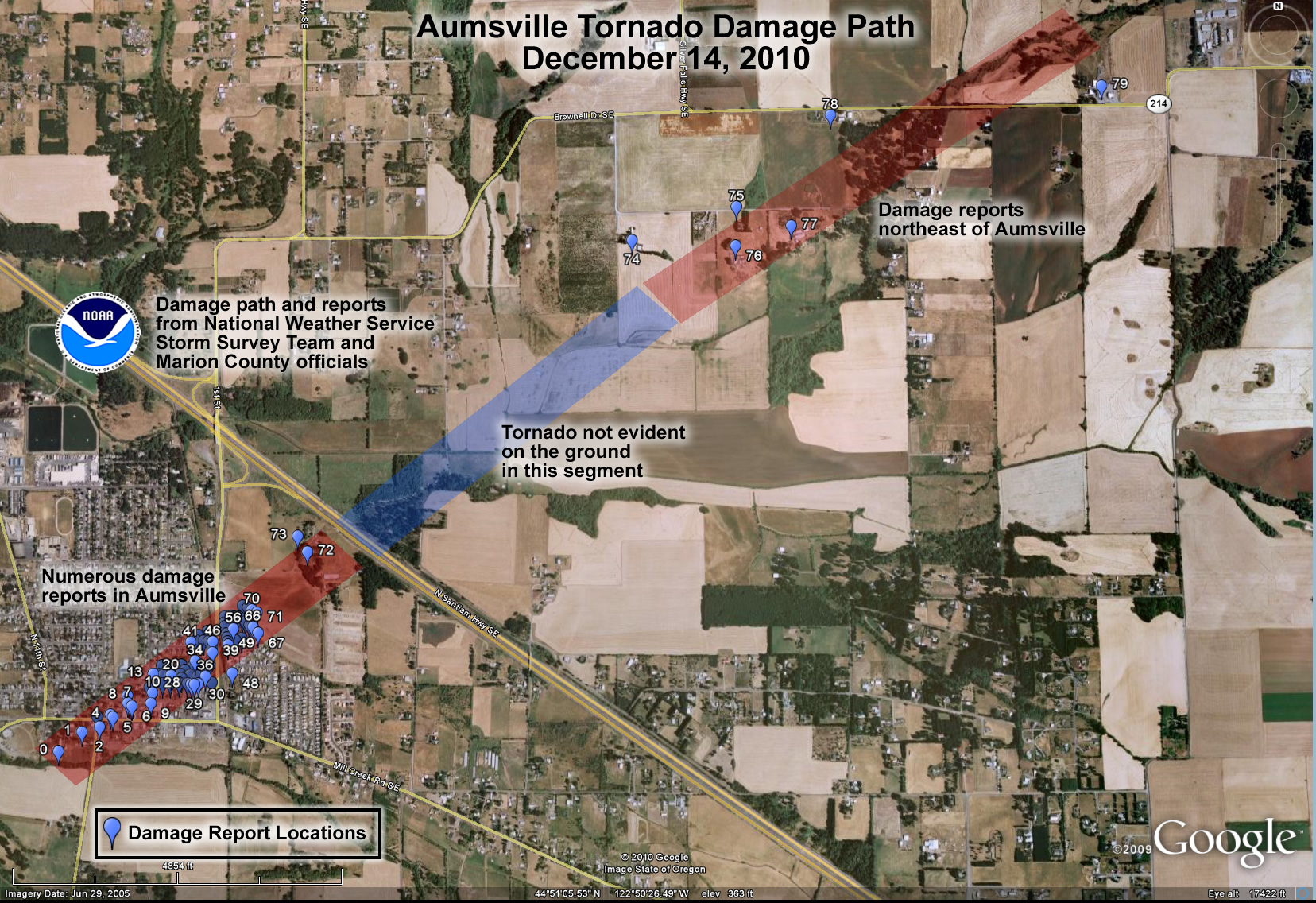 On December 14th, an EF-2 tornado hit Aumsville, Oregon damaging 50 structures and injuring two people. Storm surveys estimate that winds were between 110–120 mph (177 km/hr–193 km/hr) in the tornado, and the storm had a path width of 150 yards (135 m) and a path length of 5 miles (8 km). According to the National Weather Service, this was the first tornado to touch down in the state since December 9th, 2009. On average, Oregon experiences two tornadoes annually, while only four tornadoes have impacted the state since 2000. 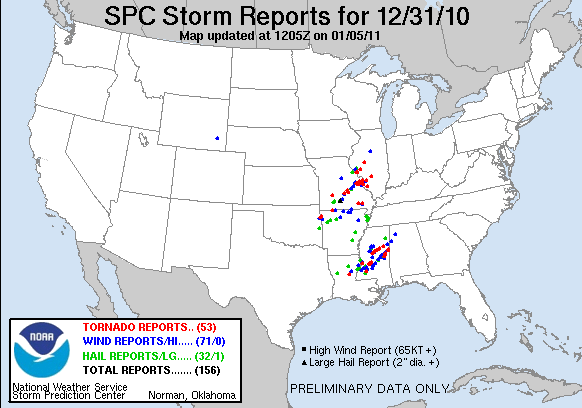 A storm system moving through the center of the country brought a severe weather outbreak to the middle and lower Mississippi River Valley on December 31st. Fifty-three tornadoes were preliminarily reported across Arkansas, Missouri, Illinois, Louisiana, and Mississippi, marking the 5th most active tornado day during 2010. Four fatalities were reported in Arkansas, and four were reported in Missouri. A tornado outbreak this large during the month of December is uncommon — the 1980-2009 December monthly average tornado count is 23. The current record for the number of confirmed tornadoes during a single day during December is 34, which occurred on December 18th, 2002. Once the tornado count is confirmed, it is likely that this outbreak will rank as the largest single-day December outbreak on record. There were three EF-3 tornadoes confirmed with the outbreak — one near Macon, Mississippi; one near Sunset Hills, Missouri; and one near Cincinnati, Arkansas. An EF-1 tornado hit near downtown St. Louis, but no significant injuries were reported there.

NOAA National Centers for Environmental Information, State of the Climate: Monthly Tornadoes Report for December 2010, published online January 2011, retrieved on May 25, 2022 from https://www.ncei.noaa.gov/access/monitoring/monthly-report/tornadoes/201012.