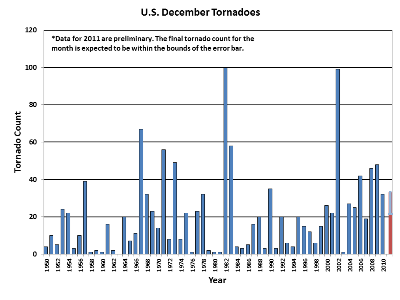 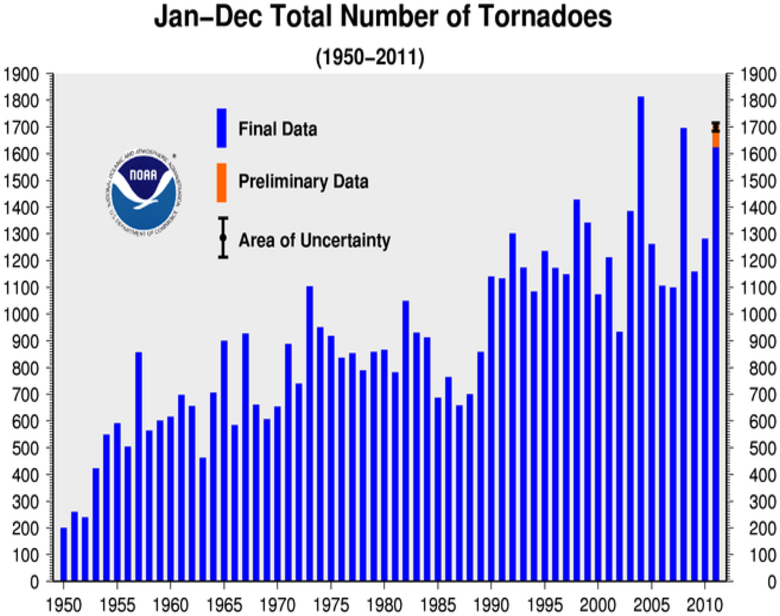 According to data from the Storm Prediction Center, the preliminary count of tornado reports during December 2011 — 33 — was slightly above the 1991-2010 average of 24. Most of the month’s tornadoes occurred during a single outbreak on December 22nd, when a cold front pushing through the Southeast spawned 12 preliminary reports of weak tornadoes from Louisiana to Georgia. The preliminary tornado reports during December pushed the annual tornado count upwards slightly. During the January-December period, 1,625 tornadoes have been confirmed across the country, with 93 reports still pending for November and December. The will rank 2011 as the second or third most active tornado year on record, depending on how many tornadoes are confirmed from the last two months of 2011. There were 1,817 tornadoes confirmed in 2004 and 1,689 tornadoes in 2008. The modern torando record dates back to 1950.