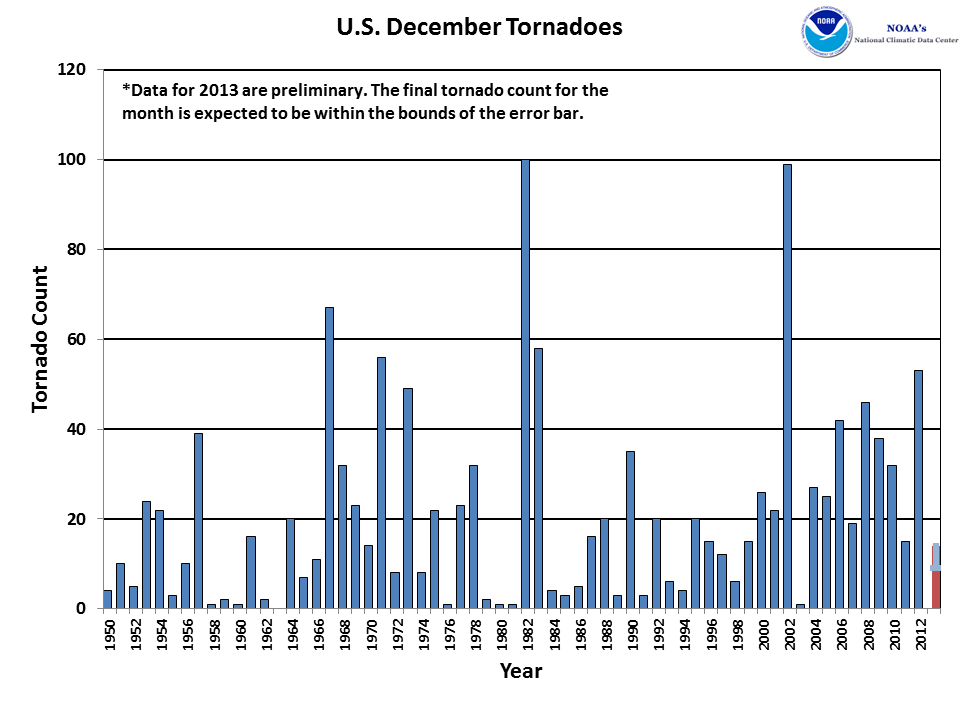 According to data from NOAA's Storm Prediction Center, during December, there were 14 preliminary tornado reports. This is below the 1991-2010 average of 24 tornadoes for the month. There were two tornado-related fatalities during December, associated with a tornado outbreak on the 21st of the month. December brings to a close a slow tornado year for the U.S., with the annual tornado count likely to be near 900. This marks the slowest tornado year since 1989. More information on the 2013 tornado year can be found in the 2013 annual report.

On December 21st a strong low pressure system moved through the central United States. On the northern side of the system, snow and ice fell. To the south, severe weather impacted locations from the Gulf Coast, through the Mid-South, and into the Midwest. There were 14 preliminary reports of tornadoes from Louisiana to Kentucky. Two fatalities were reported during the outbreak. An EF-2 in St. Francis County, Arkansas killed one person. In Coahoma County, Mississippi, an EF-2 killed a man when it overturned his mobile home. The severe weather caused numerous travel issues across the region with tens of thousands of homes losing power. The storm system also caused significant flooding across parts of Arkansas, Mississippi, and western Tennessee.