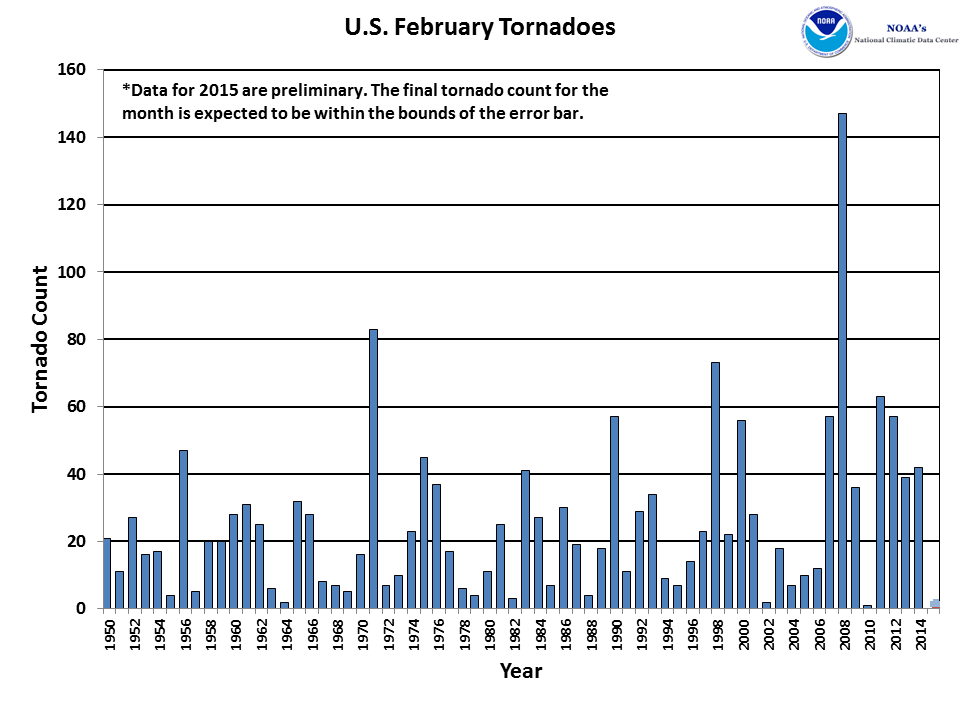 According to data from NOAA's Storm Prediction Center, during February, there were two preliminary tornado reports — one in California and one in Florida. This is below the 1991-2010 average of 29 for the month, and the second lowest number of February tornadoes on record. Tornado activity during February is highly variable with some Februaries being very active and others having few observed tornadoes. Since reliable records began in 1950, the most tornadoes during February was 147 in 2008, while only one tornado occurred in February 2010. This brings the year-to-date number of preliminary tornado reports to 28, which is below the 1991-2010 average of 64 for the two-month period.