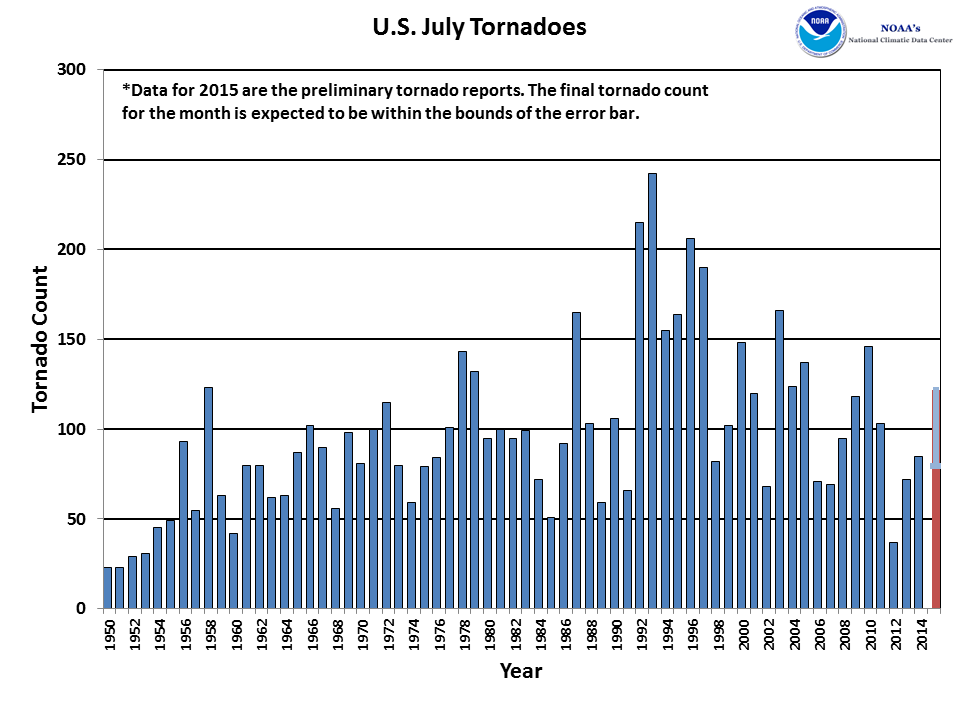 According to data from NOAA's Storm Prediction Center, during July, there were 122 preliminary tornado reports compared to the 1991-2010 average of 134. This is the most active July for tornadoes since 2010 when 146 tornadoes were confirmed. July typically marks the end of the active spring and early summer period, when most of the annual tornadoes occur. There were no large-scale tornado outbreaks during July, with tornado reports being isolated. However, a large thunderstorm complex to travel nearly 1,000 miles from Minnesota to North Carolina on July 12th and 13th. There were over 900 severe weather reports, mostly strong winds and large hail, along the storm's track with hundreds of people losing power. There were no tornado-related fatalities reported during July. 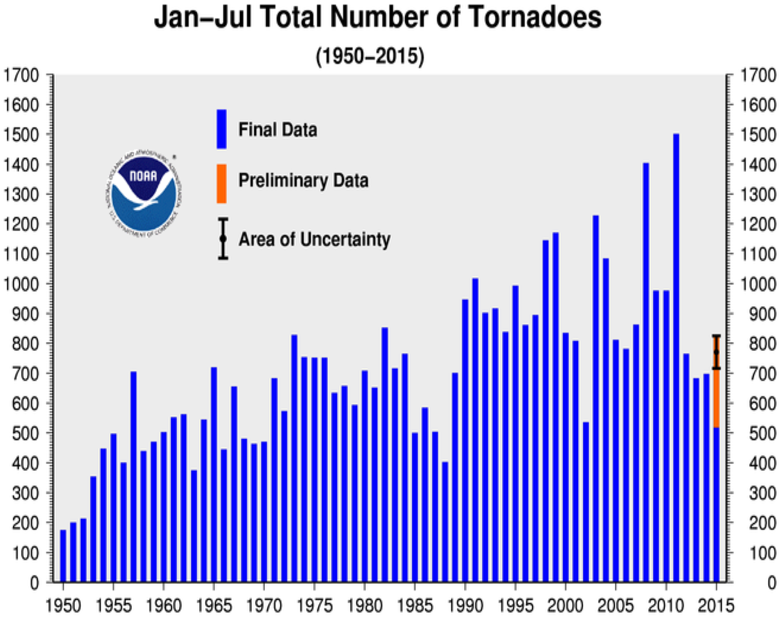 For the January-July period there have been 884 preliminary tornado reports. There were 578 confirmed tornadoes for January-May, with 306 preliminary reports still pending for June and July. This is below the 1991-2010 average of 952 for the seven-month period. The year-to-date tornado count is the most since the active tornado year of 2011.

NOAA National Centers for Environmental Information, State of the Climate: Monthly Tornadoes Report for July 2015, published online August 2015, retrieved on May 18, 2022 from https://www.ncei.noaa.gov/access/monitoring/monthly-report/tornadoes/201507.