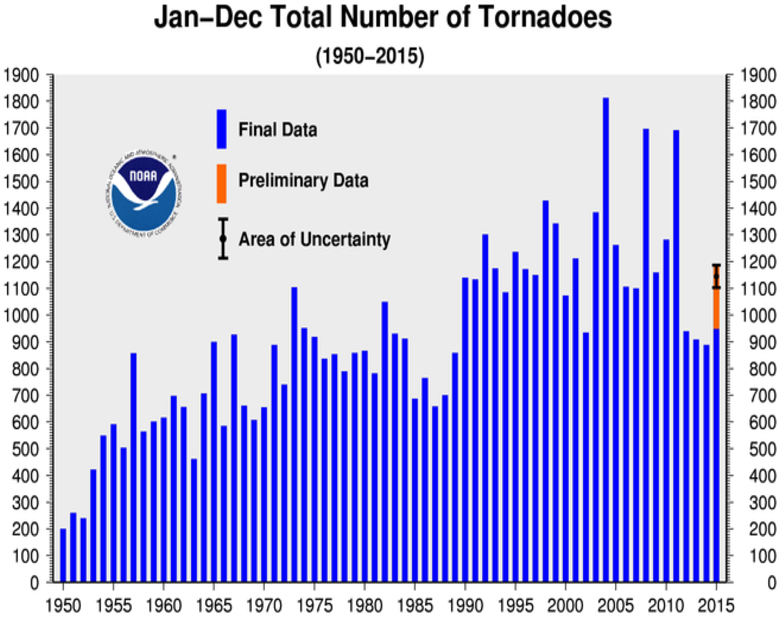 Similar to the past three years, tornado activity across the U.S. during 2015 was below average. During January-September, there were 948 confirmed tornado reports, with 238 reports still pending for October-December. This brings the 2015 preliminary tornado count to 1,183 with the final count expected to be lower. The 1991-2010 annual average number of tornadoes for the U.S. is 1,253. The 2015 tornado count will exceed 1,000, which is the first time since the hyper-active year of 2011, and is more than the 888 tornadoes that occurred 2014. As with most years, there were several large and destructive tornado and severe weather outbreaks during 2015. There were 34 tornado-related fatalities, 10 of which occurred in May and 24 in December. The deadliest tornado outbreaks of the year occurred in late December, with strong tornadoes striking across the South, including across the Dallas, Texas metro area. There were at least five severe weather outbreaks that caused damages exceeding one billion U.S. dollars. 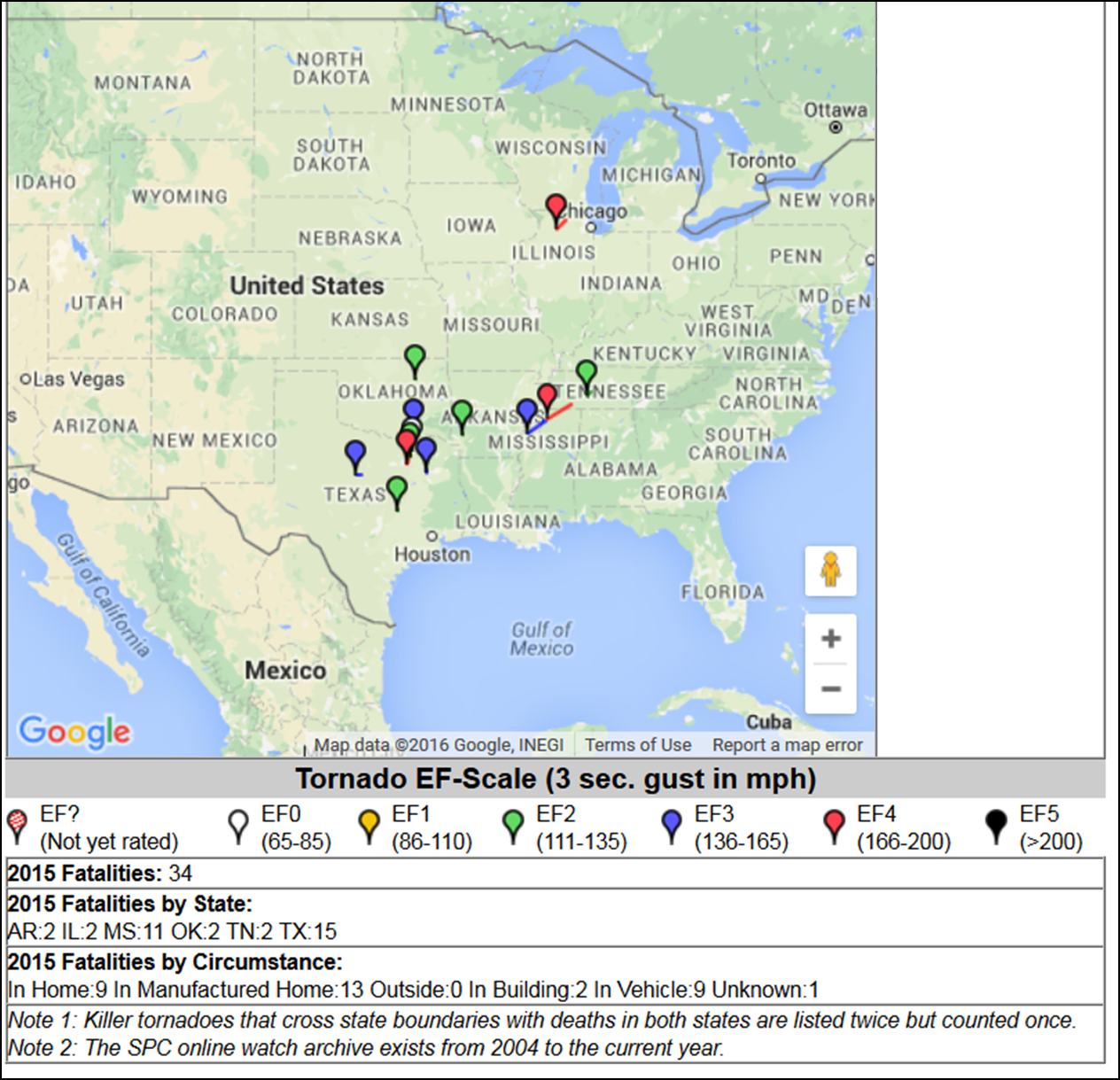 Most months had near- to below-average tornadoes, with the exception of May, November, and December. In May, there were 414 confirmed tornadoes, well above the 1991-2010 average of 276 for the month. This marked the fourth most active May in terms of the number of tornadoes, with more observed during May of 2008, 2004, and 2003. This was also the most active tornado month for the U.S. since April 2011 when over 750 tornadoes were confirmed. There were seven tornado-related fatalities during May, the highest monthly count during 2015. The following month, June, only had 184 confirmed tornadoes, which was much less than the 1991-2010 average of 243. During November, there were 95 preliminary tornado reports which is more than the average of 58 and the most since 2005. Most of the tornadoes occurred in two separate outbreaks. In mid-November an outbreak spawned an estimated 47 tornadoes across the western Great Plains, which was unusual for that late in the year in the region. In December, there were 86 preliminary reports which is well above the average of 24.

NOAA National Centers for Environmental Information, State of the Climate: Monthly Tornadoes Report for Annual 2015, published online January 2016, retrieved on May 20, 2022 from https://www.ncei.noaa.gov/access/monitoring/monthly-report/tornadoes/201513.