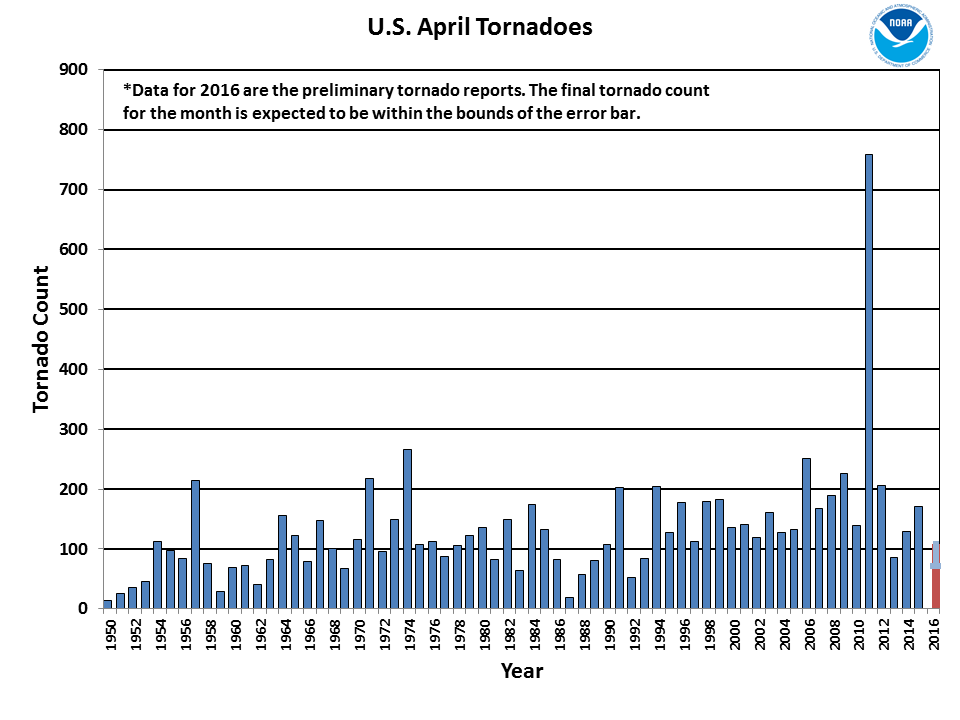 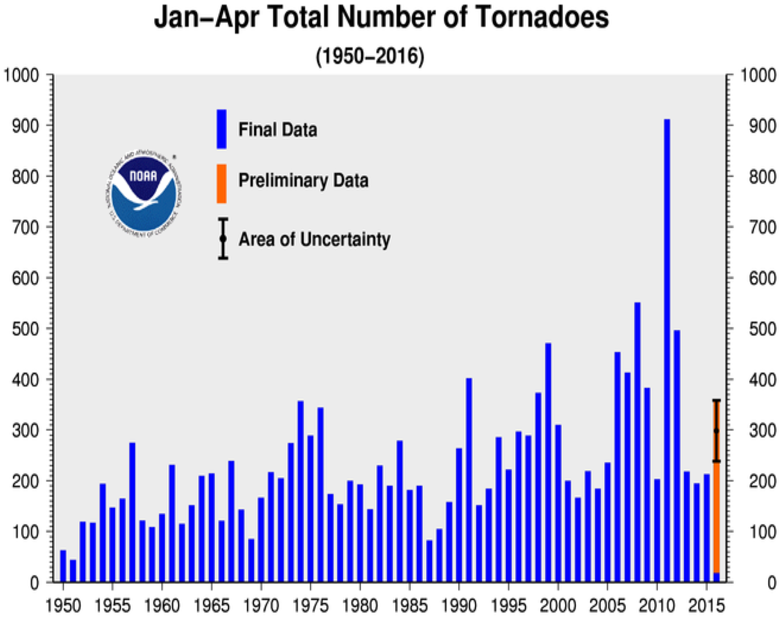 According to data from NOAA's Storm Prediction Center, during April, there were 109 preliminary tornado reports. This is less than the 1991-2010 average of 155 for the month. Most of the tornado activity occurred across the South and Midwest on April 26th and 27th when a strong upper-level low pressure system moved from the Rocky Mountains and across the Great Plains. The storm system spawned severe weather from Texas to the Ohio Valley with 56 preliminary tornado reports and over 500 large hail and straight-line wind reports. Northeast Oklahoma bore the brunt of the action with several tornadoes reported in and around the Tulsa area. Fortunately, most of the tornadoes were weak with only minor damage reported. There were no tornado-related fatalities reported during the month. The below-average preliminary tornado count during April resulted in a near-average year-to-date count. For January-April, there were 358 preliminary tornado reports, with the final count likely to be lower. The 1991-2010 January-April average is 299.

NOAA National Centers for Environmental Information, State of the Climate: Monthly Tornadoes Report for April 2016, published online May 2016, retrieved on May 19, 2022 from https://www.ncei.noaa.gov/access/monitoring/monthly-report/tornadoes/201604.