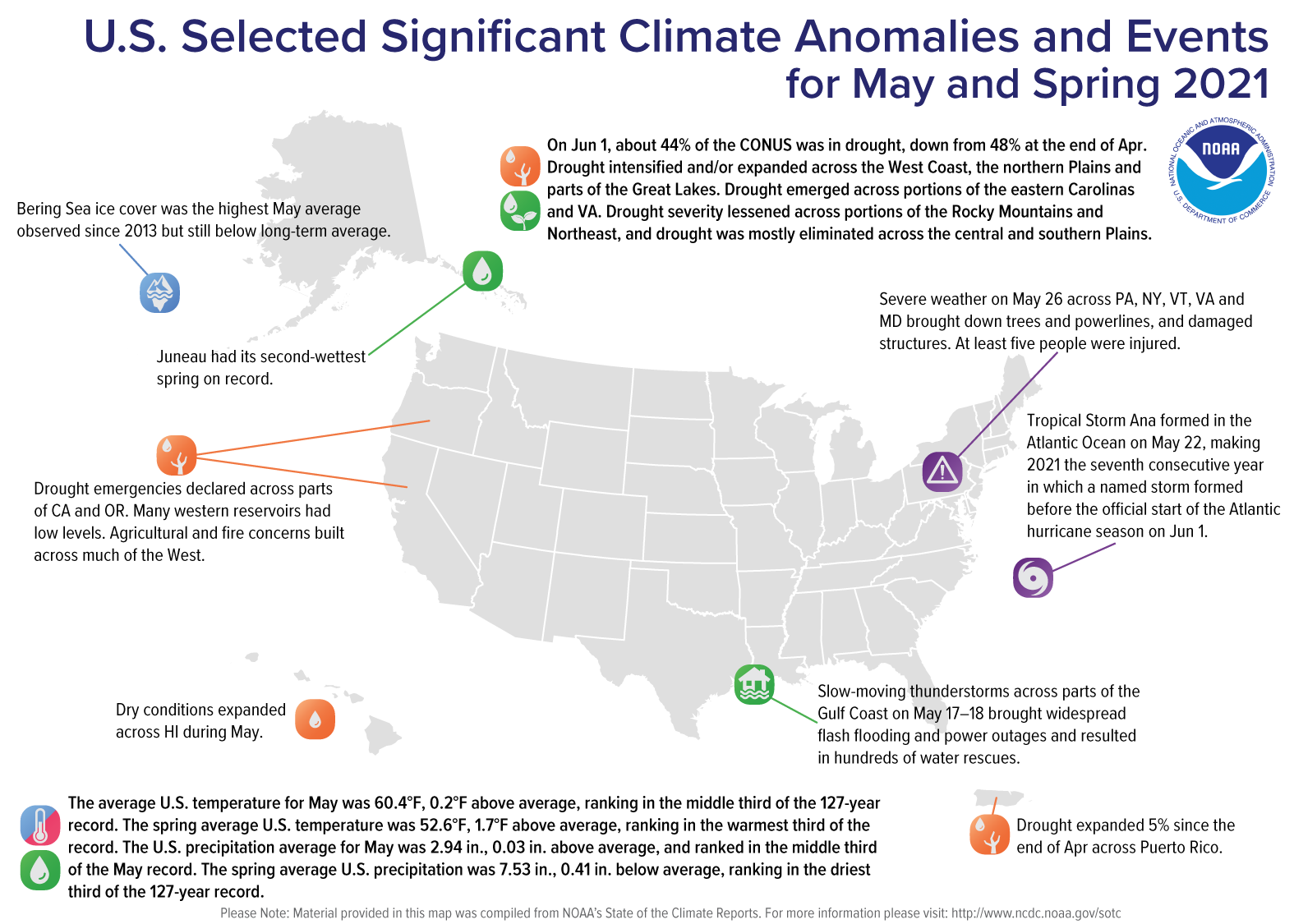 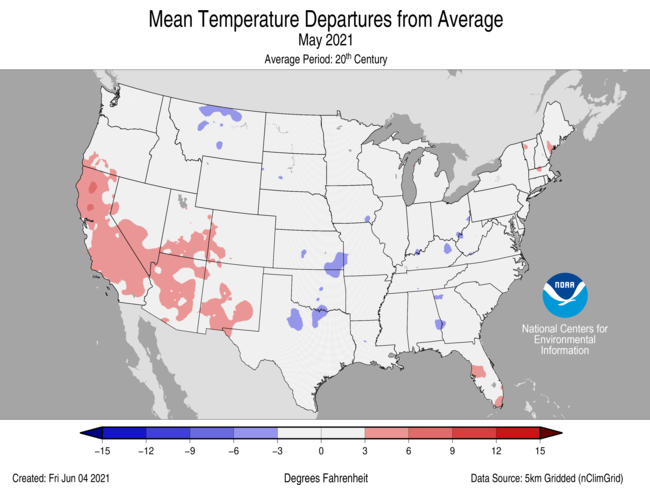 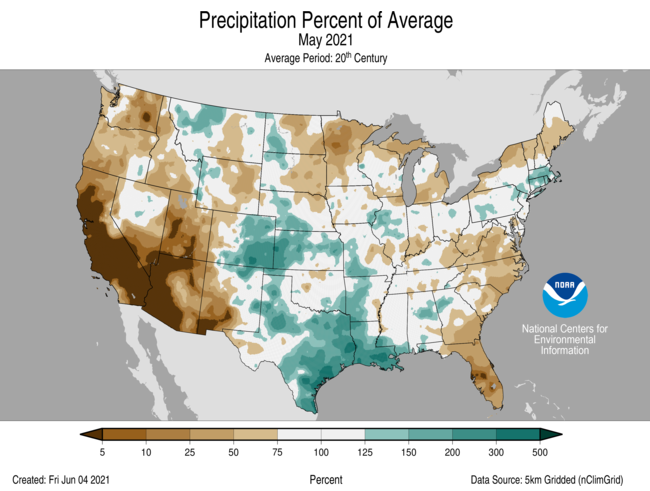 May Percent of Average Precipitation 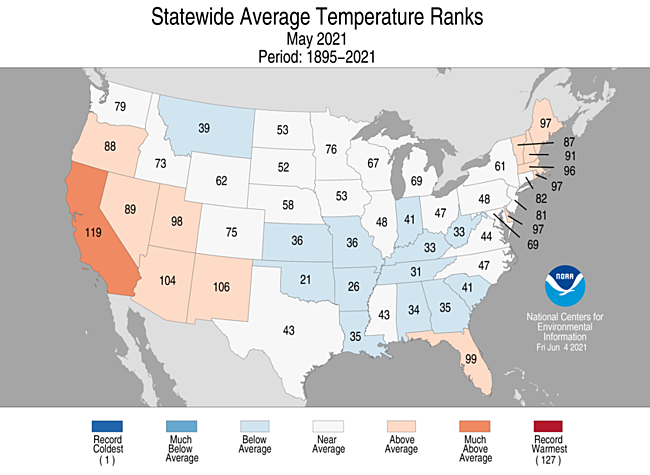 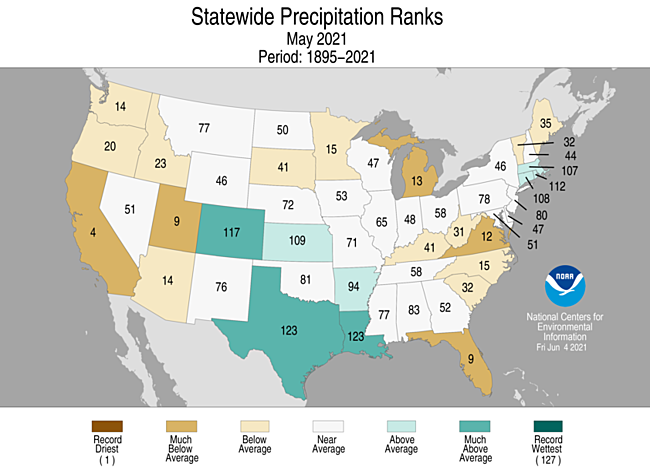 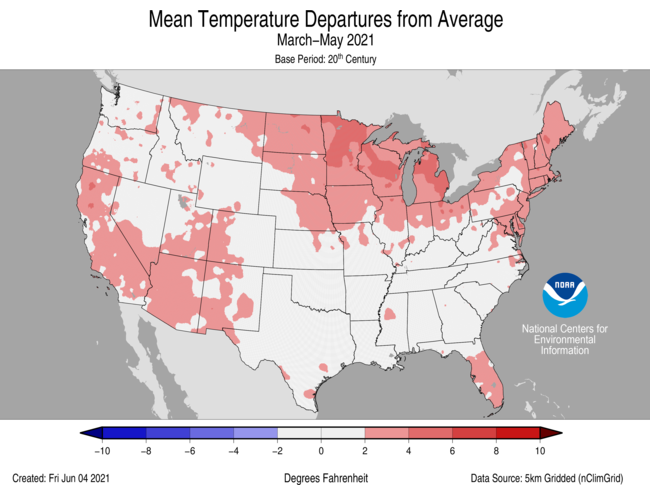 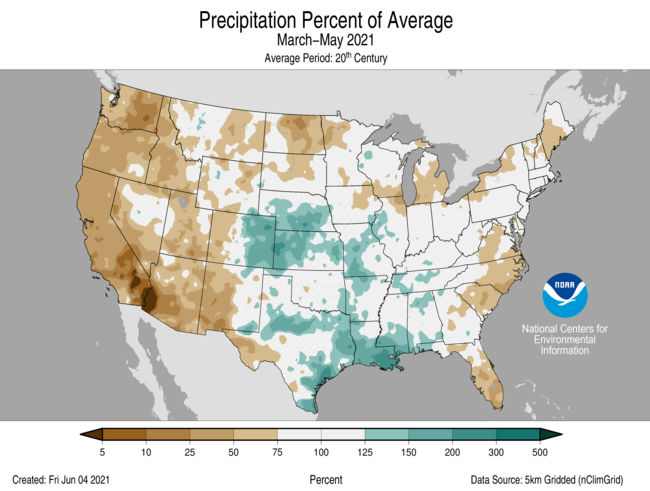 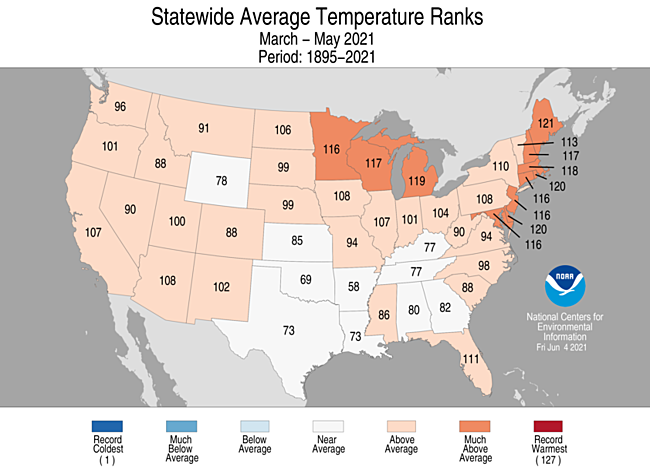 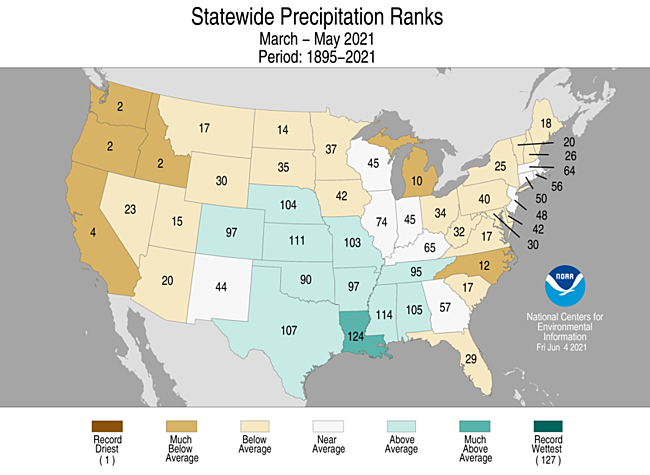 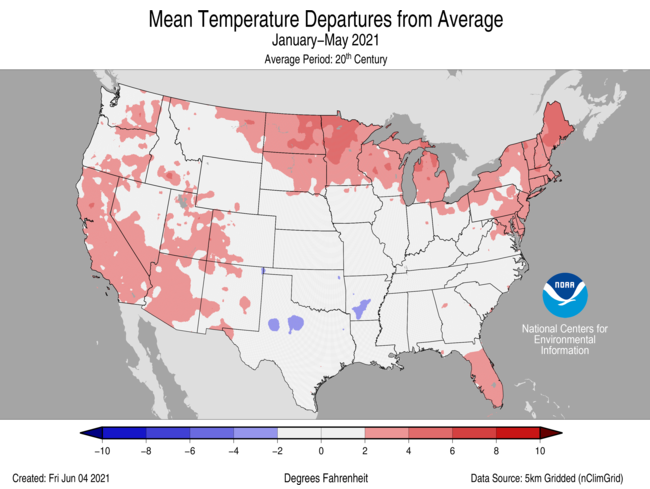 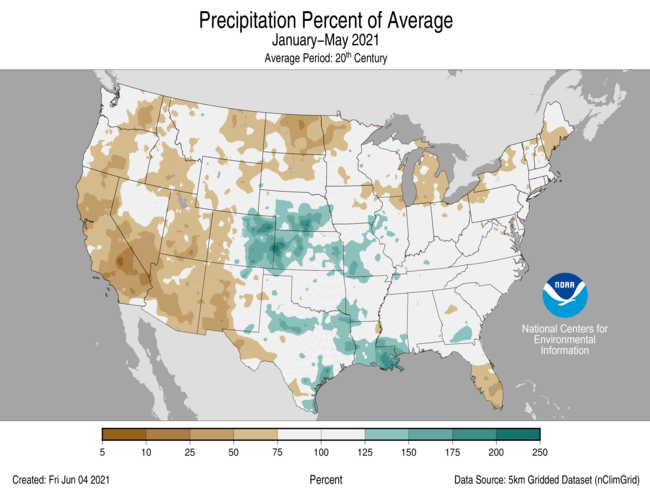 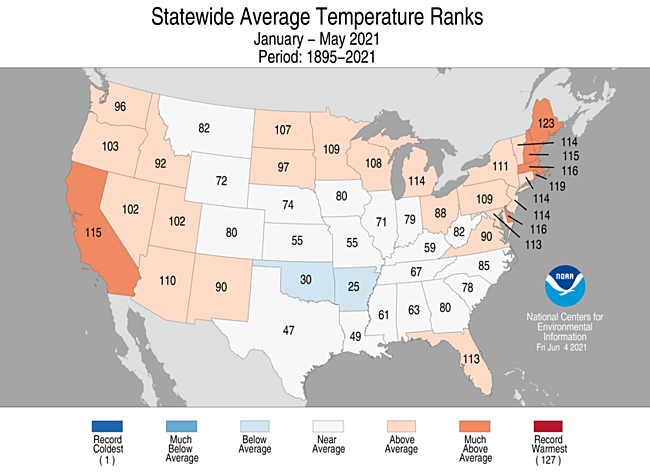 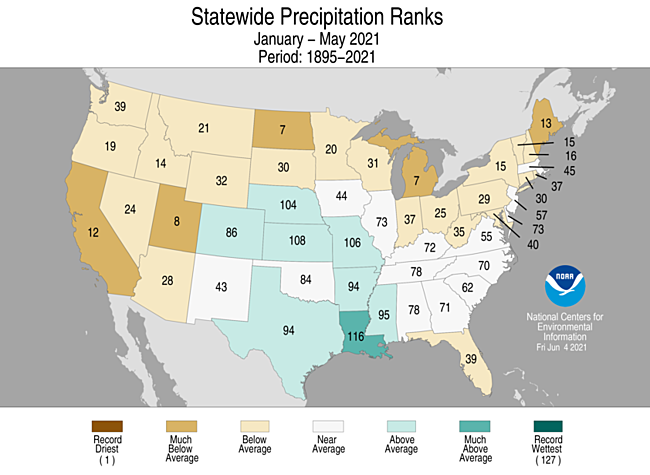 May 2021 was relatively cool and wet across the Southern United States. During May, drought conditions retreated dramatically in Texas and Oklahoma.