Despite December being warmer than average for the contiguous U.S., numerous storm systems impacted the Pacific Northwest, Great Plains, and Northeast during the month bringing heavy snowfall. According to NOAA’s National Snow Analysis, at the beginning of December, 13.3 percent of the nation had snow on the ground — the high terrain of the West, along the Canadian border, and the Northeast. Monthly snow cover peaked on December 27th at 65.0 percent of the nation. On December 31st, 61.9 percent of the country was snow covered — much of the West, the Northern and Central Plains, the Mid-South, Ohio Valley, Midwest, and Northeast. 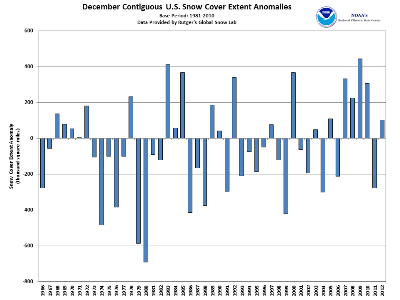 According to data form the Rutgers Global Snow Lab, above-average December snow cover was observed for much of the West, Great Plains, Ohio Valley, and Mid-Atlantic. Below-average snow was observed for the Southern Rockies and Northeast. As a whole, the contiguous United States experienced above-average December snow cover. The monthly average snow extent of 1.3 million square miles (3.2 million square km) was 100,800 square miles (261,100 square km) above the 1981-2010 average and the 14th largest December monthly snow cover extent in the 47-year period of record. 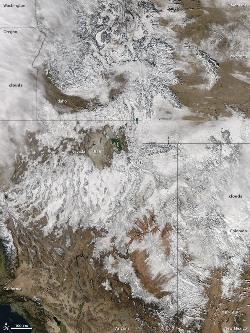 Between December 17th and 22nd, a large winter storm traversed the central U.S. dropping heavy snow along its path and causing blizzard conditions for parts of the Midwest. This storm also ended record streaks for longest period without measurable snow for several locations including Milwaukee, Omaha, and Chicago. The storm caused travel disruptions with over 1,000 flights cancelled when a high volume of people were traveling for the holiday season. The heaviest storm accumulations occurred across the Central and Northern Rockies, where snow totals exceeded 35 inches. Along the southern periphery of the storm system, severe weather was observed across the Southeast. 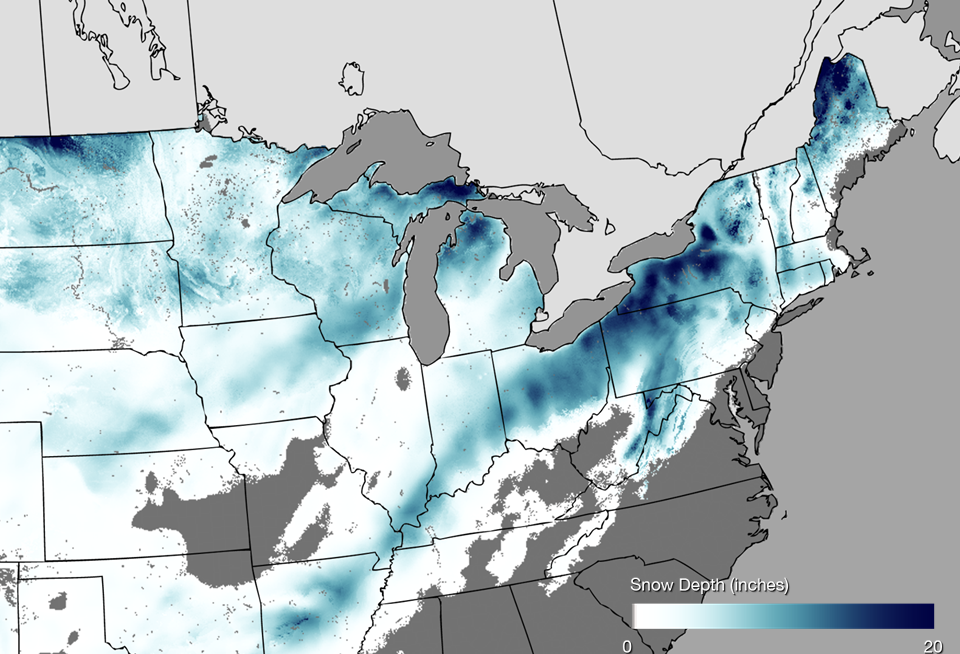 On the heels of the December 17th – 22nd winter storm, another potent low pressure system brought wintery precipitation to a large portion of the nation on December 25th through 28th. The storm brought snowfall from the Rockies, through the Central and Southern Plains, into the Midwest and Northeast. Snowfall totals over one foot were observed from Arkansas to Maine. The National Weather Service issued blizzard warnings for parts of the Lower Mississippi River and Ohio Valleys where the heavy snowfall was accompanied by strong winds. The storm strengthened as it moved into the Northeast, bringing winds in excess of 60 mph to a large portion of the region.