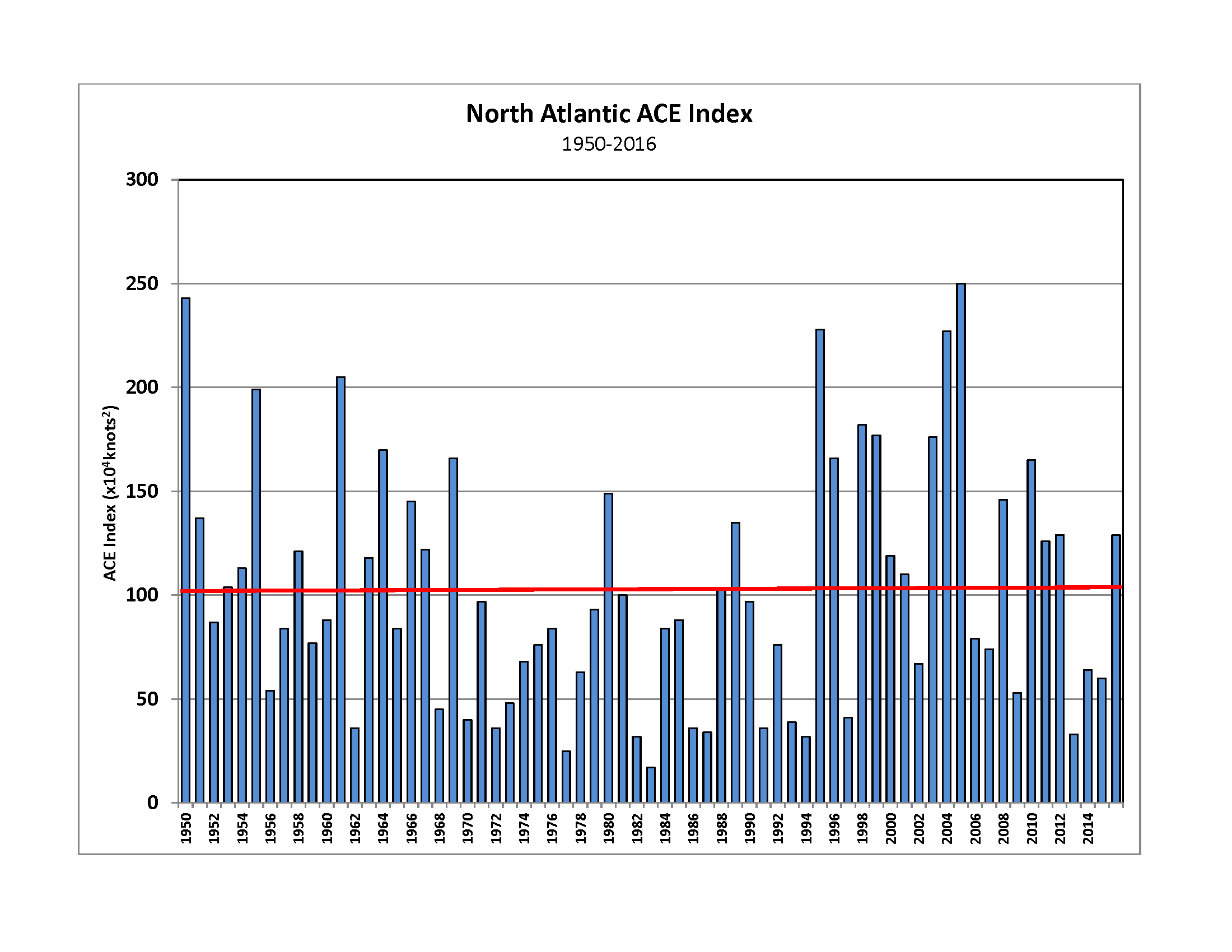 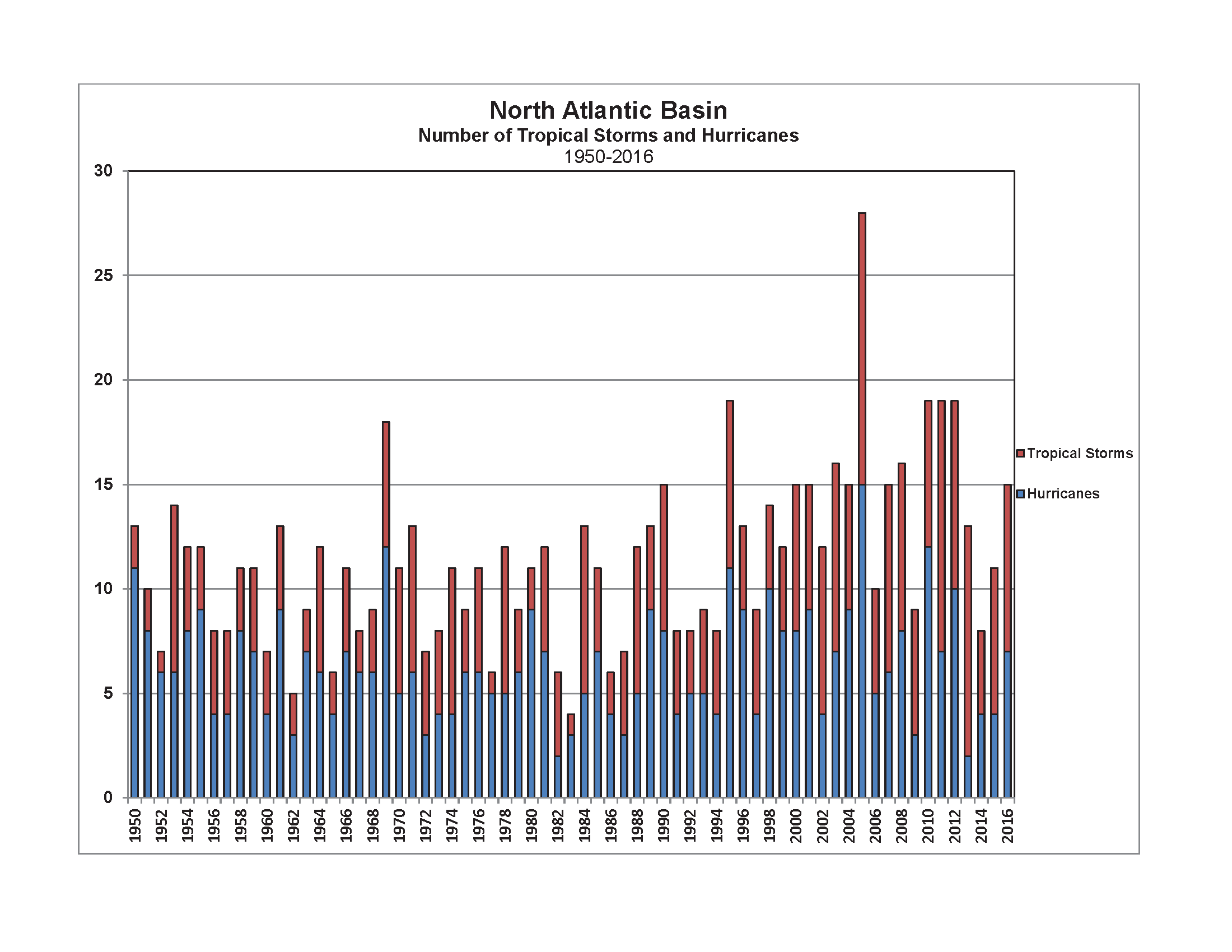 The 2016 North Atlantic hurricane season had 15 named storms (those that reached tropical storm or greater strength), seven of which were hurricanes, and three of which were major hurricanes. The eight tropical storms were below the 1981-2010 average of 12.1; the number of hurricanes and major hurricanes were near the 1981-2010 averages of 6.4 and 2.7, respectively. The number of hurricanes was the most since 2012, when 10 hurricanes formed. Typically, when El Niño conditions are present in the equatorial Pacific like in 2015 and early 2016, tropical cyclone activity across the North Atlantic basin tends to be suppressed due to increased wind shear, which is an unfavorable condition for tropical cyclone development.

The Accumulated Cyclone Energy (ACE) index of tropical cyclone activity also indicated an above-average season in the North Atlantic. The ACE index is used to calculate the intensity of the hurricane season and is a function of the wind speed and duration of each tropical cyclone. The 2016 Atlantic hurricane season had an approximate ACE of about 129 (x104 knots2) which was about 40 percent above the 1981-2010 mean value of 92 (x104 knots2) and the highest since 2012. Three cyclones (Gaston, Matthew and Nicole) produced more than 70 percent of the seasonal ACE. Matthew was the strongest hurricane of the season with maximum sustained winds of 160 mph (Category 5 strength) and a central minimum pressure of 934 mb. 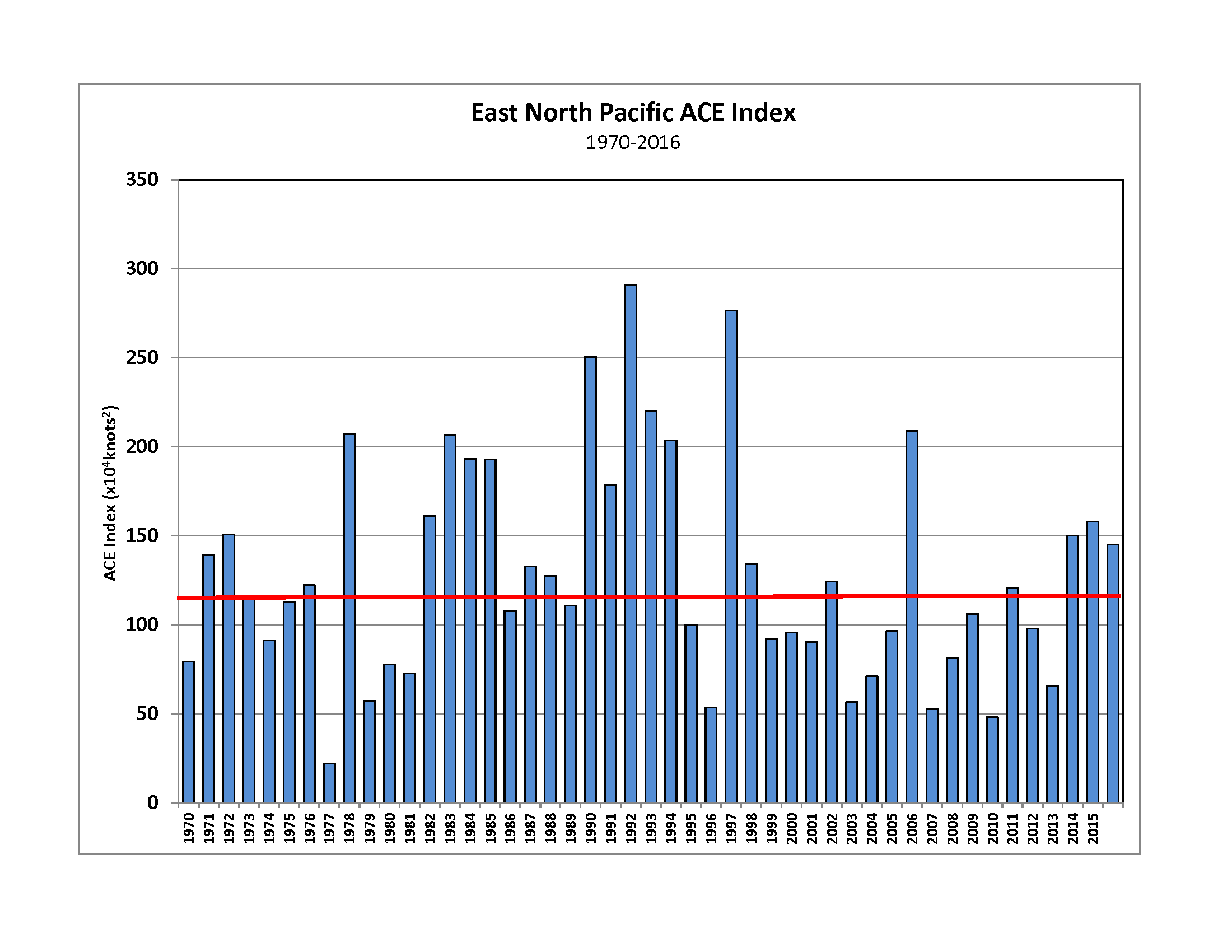 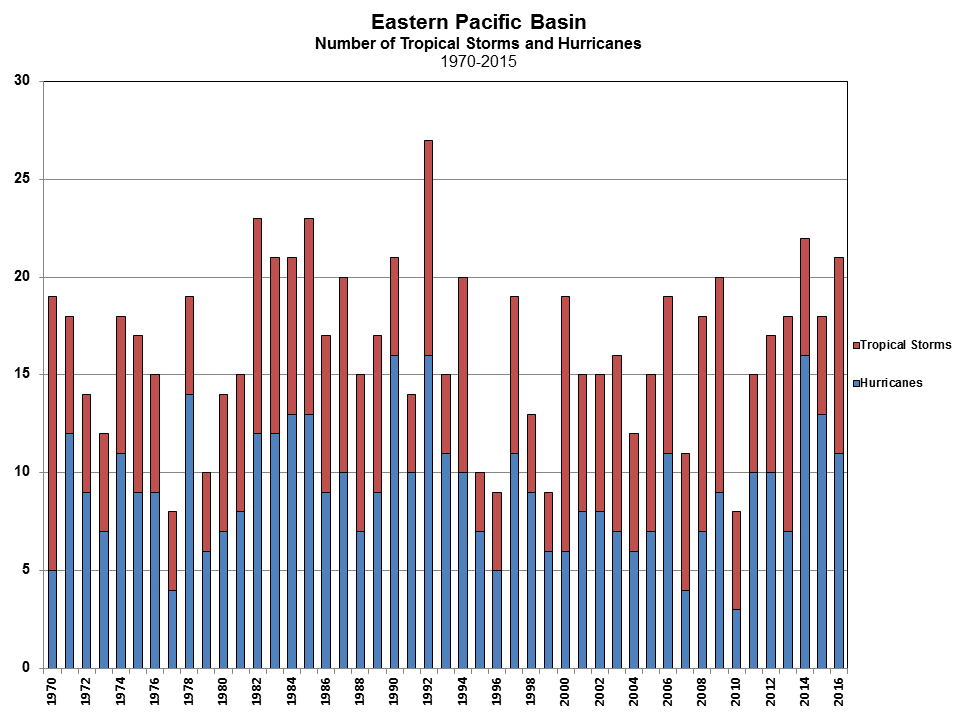 The Central Pacific had seven named storms, three of which were hurricanes and two of which were major hurricanes. Tropical storm Darby became the second tropical cyclone in three years to make landfall in Hawaii - only the fifth landfalling cyclone since records began in 1949.

Information on specific events during the 2016 North Atlantic and East Pacific Hurricane seasons is available in the monthly reports as well as from NOAA's National Hurricane Center.