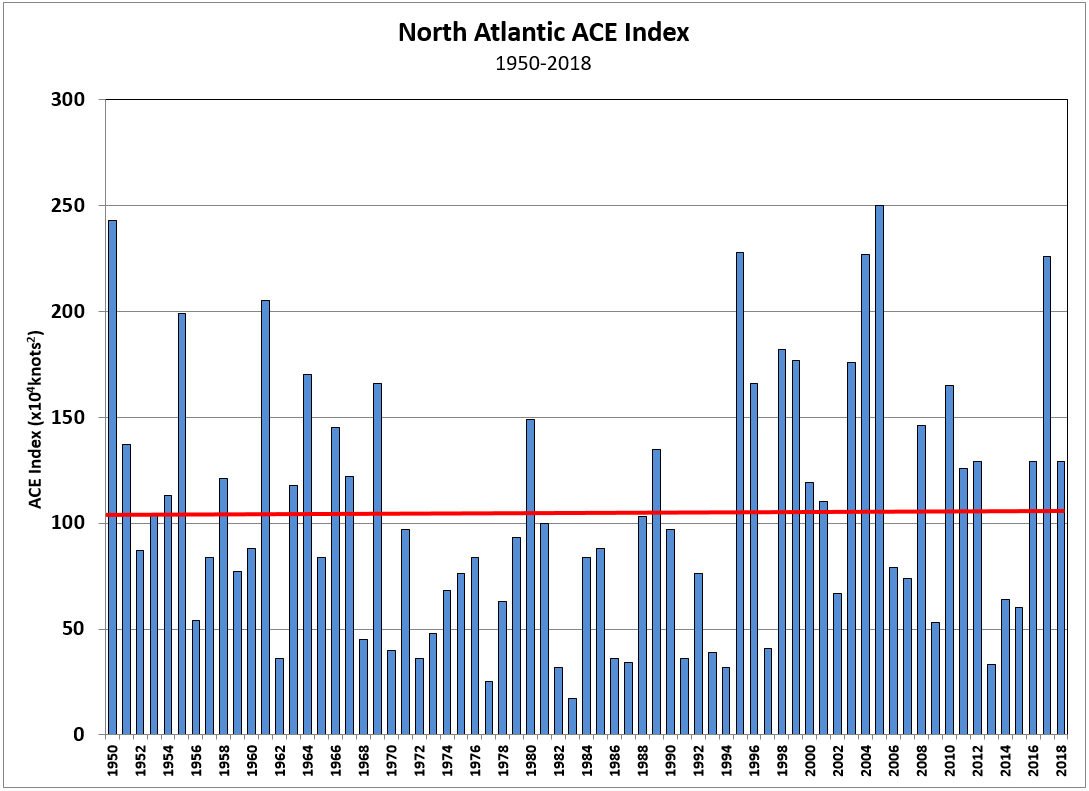 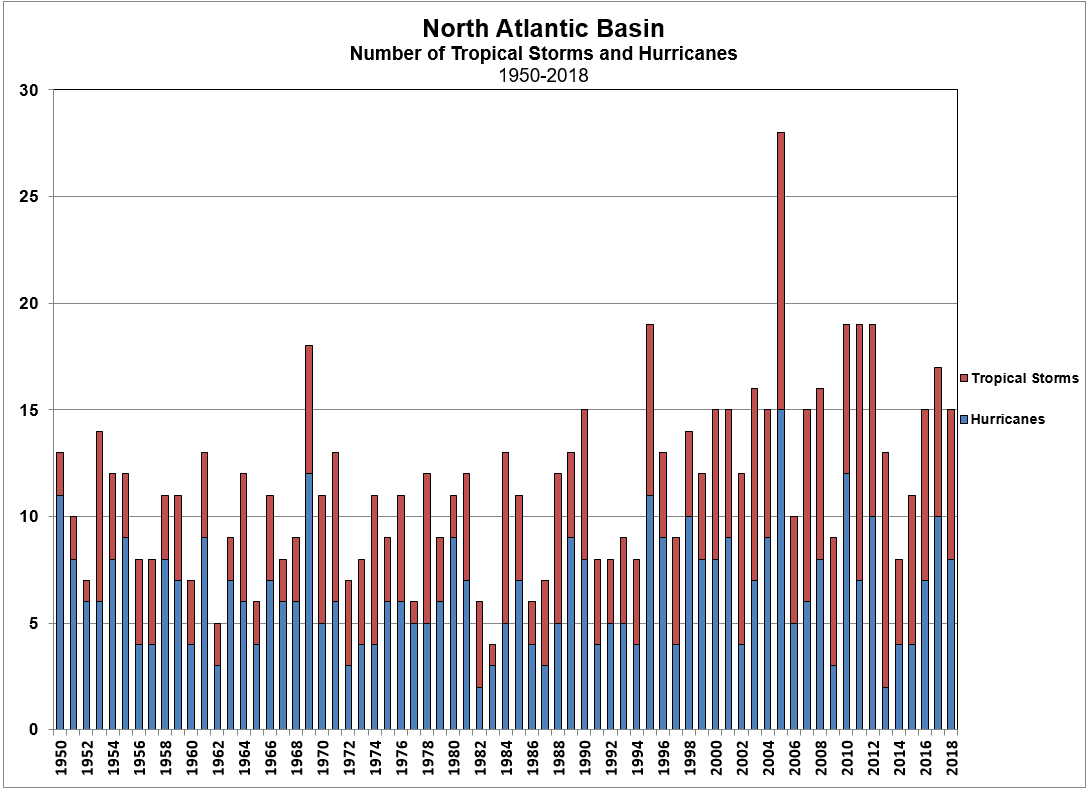 The 2018 North Atlantic hurricane season had 15 named storms, 8 hurricanes, and two major hurricanes. This is above the 1981-2010 average of 12.1 named storms, 6.4 hurricanes, and 2.7 major hurricanes. The number of named storms ranked as a tie for the tenth most on record. Both of the major hurricanes — Florence and Michael — impacted the U.S. mainland causing approximately 49 billion in damages between them and contributed to one of the costliest years in terms of weather and climate disasters for the nation. Although Florence weakened significantly before making landfall as a Category 1 storm, she brought unprecedented amounts of rainfall and subsequent flooding to parts of North and South Carolina. During the 2018 North Atlantic hurricane season, Tropical Storms Alberto and Gordon as well as Hurricanes Florence and Michael made landfall in the U.S.

The Accumulated Cyclone Energy (ACE) index of tropical cyclone activity also indicated an above-average season in the North Atlantic. The ACE index is used to calculate the intensity of the hurricane season and is a function of the wind speed and duration of each tropical cyclone. The 2018 Atlantic hurricane season had an approximate ACE of about 129 (x104 knots2) which is greater than the 1981-2010 average value of 104 (x104 knots2). 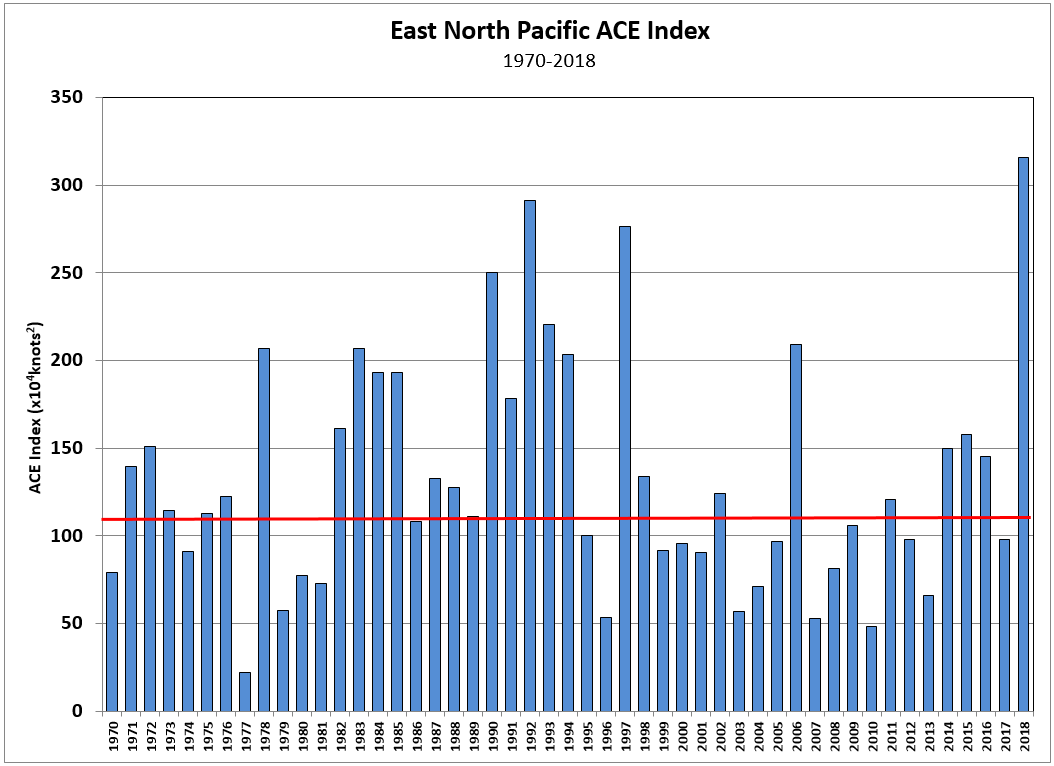 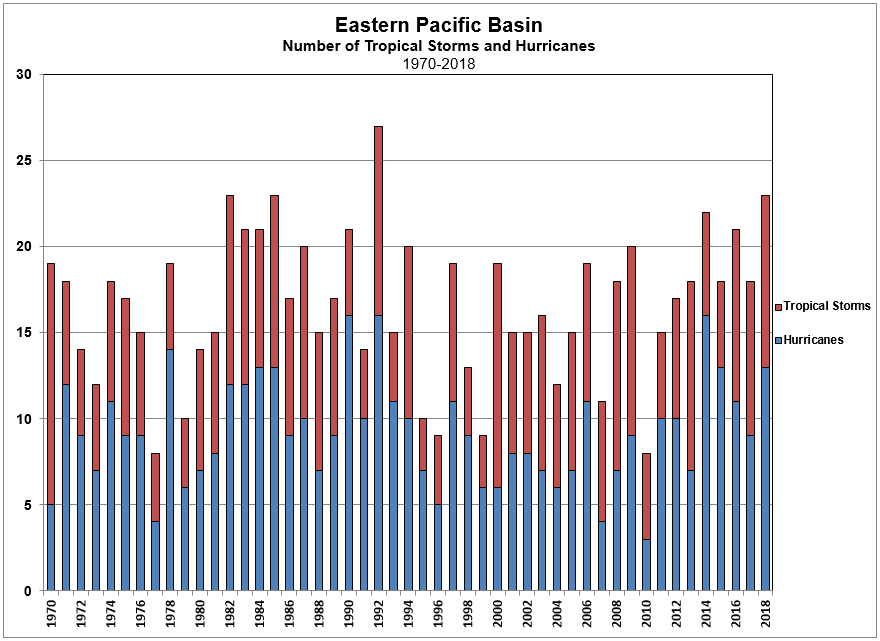 Information on specific events during the 2018 North Atlantic and East Pacific Hurricane seasons is available in the monthly reports as well as from NOAA's National Hurricane Center.