Several snow events impacted the contiguous U.S. in December. According to NOAA's National Snow Analysis, at the beginning of December, 34.1 percent of the contiguous U.S. had snow on the ground — across much of the Rockies, Upper Midwest, Great Lakes and New England. The monthly snow cover peaked on the 10th with 46.7 percent of the contiguous U.S. covered in snow across much of the northern half of the Lower 48 as well as parts of Texas, Arkansas, Tennessee, North Carolina and Virginia. By the 21st, snow cover was at a low for the month with 17.5 percent coverage. Only the highest elevations of the Rockies, Sierra Nevada and Cascade ranges and extreme northern states had snow cover. By the end of the month, 37.6 percent of the CONUS was covered by snow after a large storm system swept across the Plains. 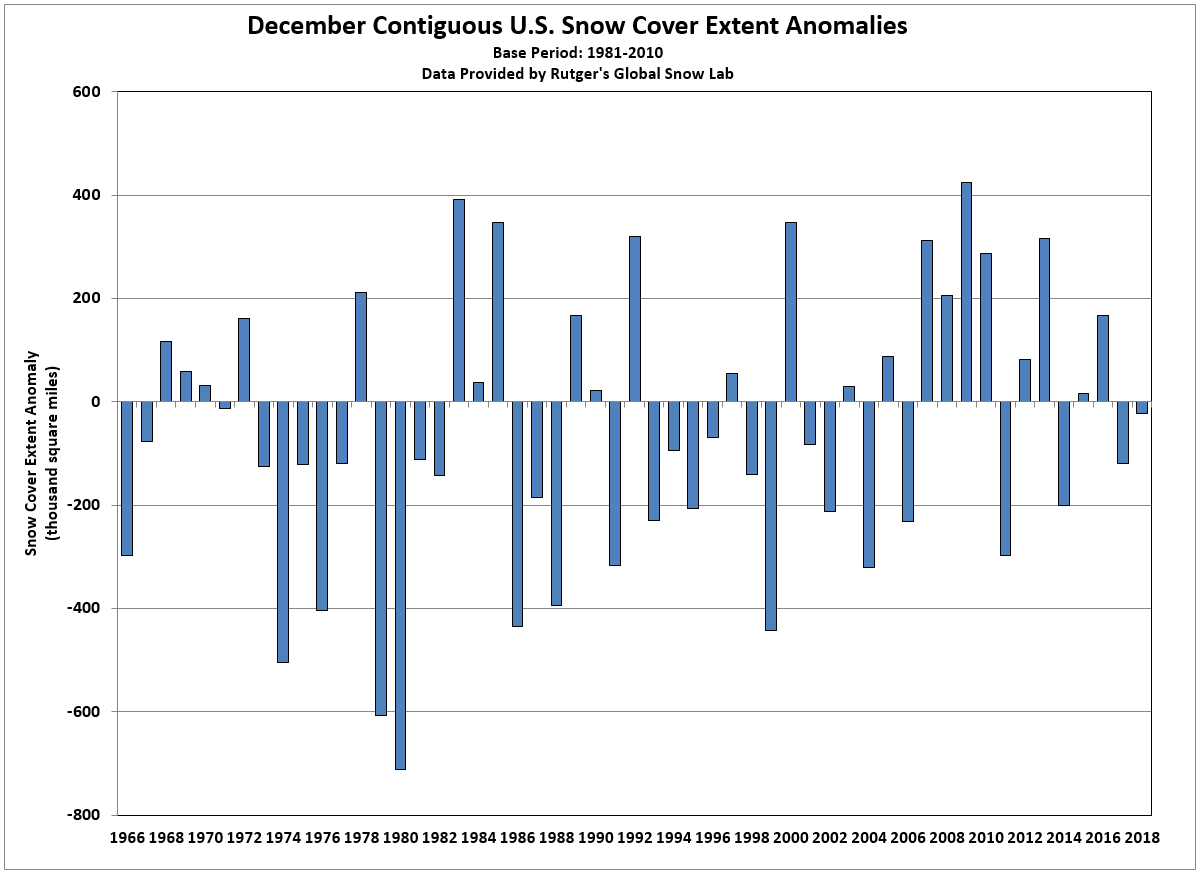 According to NOAA data analyzed by the Rutgers Global Snow Lab, the monthly snow cover extent across the contiguous U.S. was approximately 1.16 million square miles, about 22,000 square miles below the 1981-2010 average. This was the 25th largest December snow cover extent in the 53-year period of record.

NOAA National Centers for Environmental Information, State of the Climate: Monthly National Snow and Ice Report for December 2018, published online January 2019, retrieved on May 22, 2022 from https://www.ncei.noaa.gov/access/monitoring/monthly-report/snow/201812.