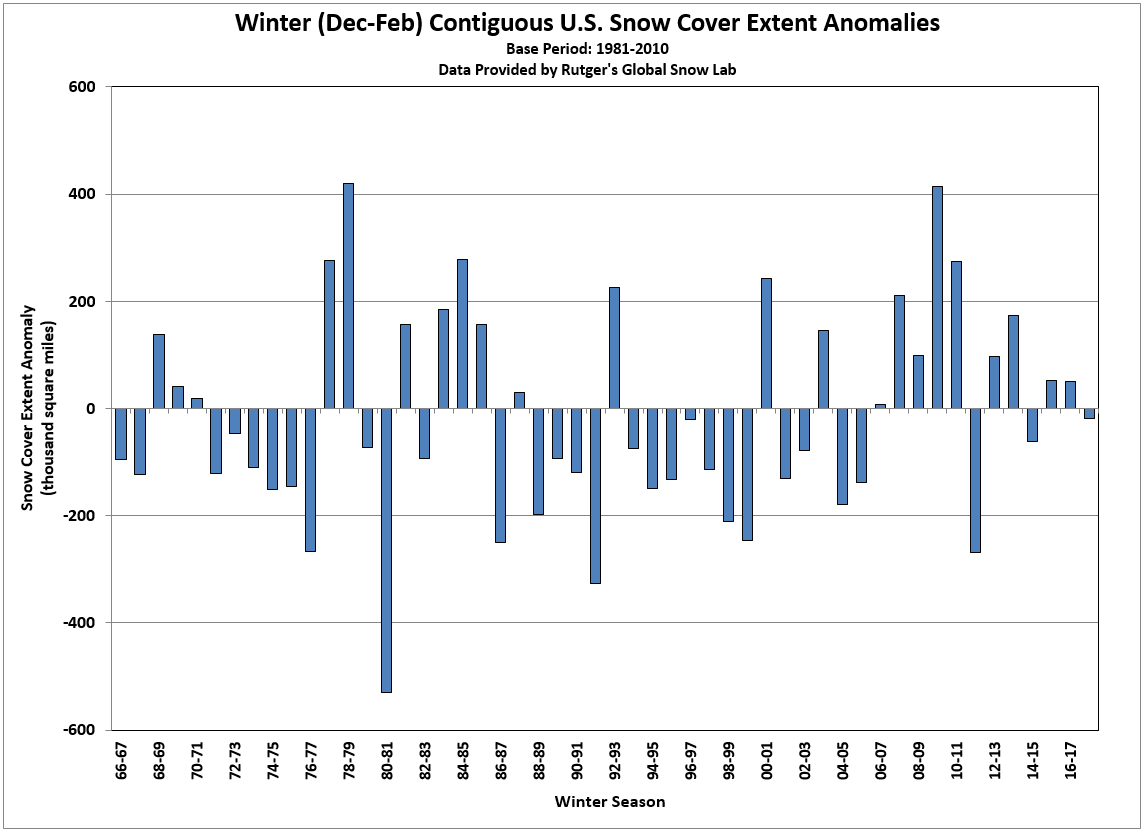 According to NOAA data analyzed by the Rutgers Global Snow Lab, for the winter season (December 2017-February 2018), the contiguous U.S. snow cover extent was 18,400 square miles below the 1981-2010 average and ranked near the middle of the 52-year period of record. The 2017/18 winter snow cover extent was smaller than the snow cover extent of the previous two winter seasons. Much of the snow that fell across the U.S. during the December-February period occurred across the central U.S., the northern Rockies and High Plains. By the end of December, snow blanketed much of the northern Tier of the contiguous U.S. Warm temperatures across the West in January limited snow cover to the high elevations while cold air outbreaks impacted the East and contributed to elevated snow totals. The combination of below-average temperatures and above-average precipitation resulted in above-average snow across the central and northern Rockies during February. An active storm pattern in February brought a peak in snow cover to 48 percent before ending the winter season with 35% of the U.S. blanketed in snow.