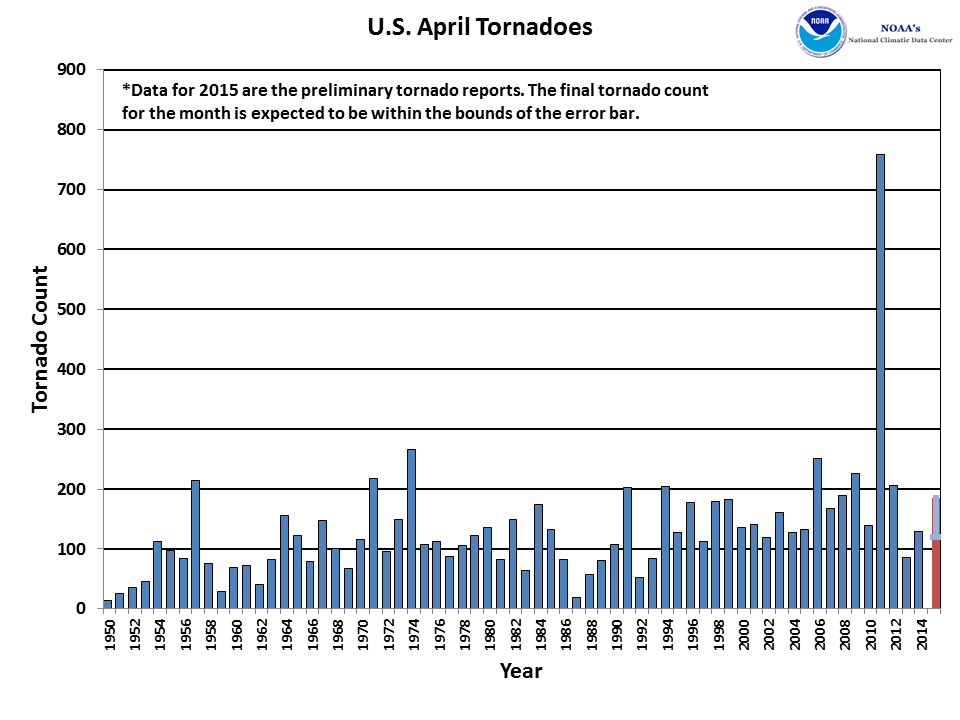 According to data from NOAA's Storm Prediction Center, during April, there were 185 preliminary tornado reports compared to the 1991-2010 average of 155. This marks the most active tornado month for the U.S. since June 2014. Tornado activity typically increases in early spring and reaches its peak in late spring or early summer. There were two tornado-related fatalities reported during month, when an EF-4 tracked over 30 miles across northern Illinois. 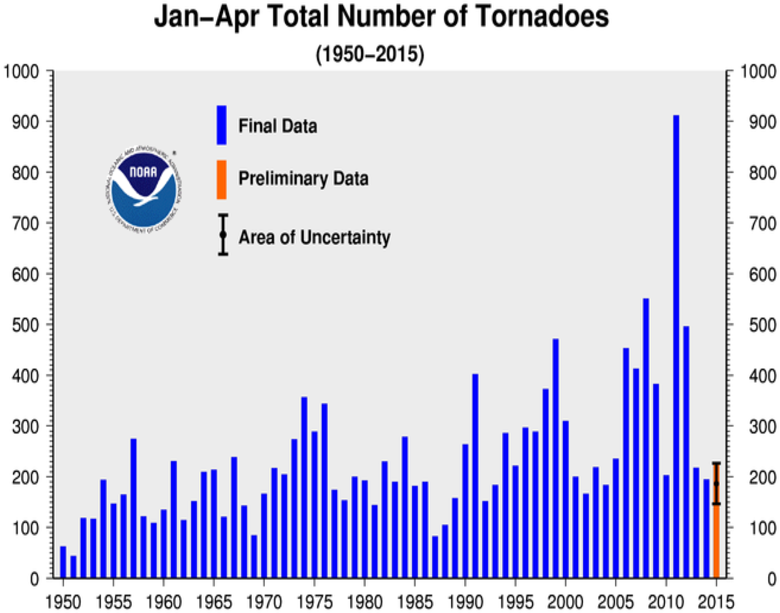 The above-average preliminary tornado count during April boosted the 2015 year-to-date tornado count upwards from the near-record low count observed during January-March. For the January-April period, there were 226 preliminary tornadoes. This is below the 1991-2010 average of 299, but near the median value in the entire 1950-present period of record. In general, the contiguous U.S. has been experiencing a period of below-average tornado activity dating back to 2012. 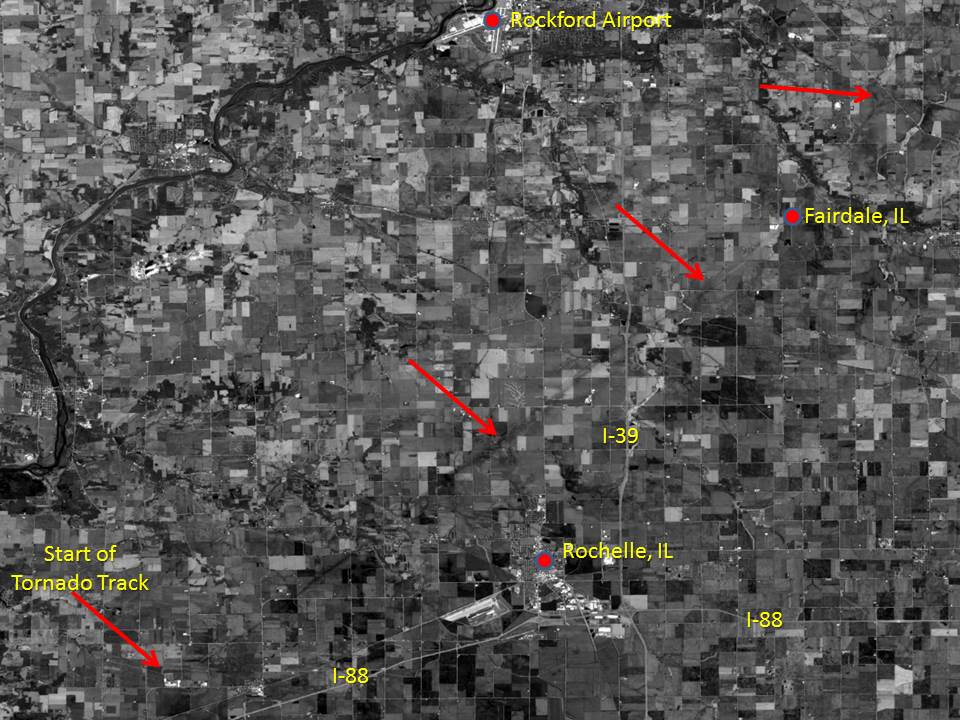 On April 9th a severe weather outbreak was responsible for over 20 tornado reports from Texas to Illinois. Central and northern Illinois bore the brunt of the action where 11 tornadoes were confirmed. Six of the tornadoes were associated with a single long-track supercell thunderstorm. One of those tornadoes was an EF-4 that was on the ground for 30.2 miles, had a path width of 700 yards, and had estimated winds of 200 mph. This tornado caused two fatalities and 22 injuries, as well as significant structural damage to homes and businesses. Tornadoes of this magnitude in April are rare in the region. This was the first EF-4 tornado or stronger in Illinois since two EF-4 tornadoes occurred in November 2013 and was only the eighth EF-4 or stronger tornado to occur anywhere in the state during April and the first since 1981. This was also the first EF-4 or stronger tornado in the Chicago National Weather Service County Warning Area in 25 years and was the strongest tornado on record for both Ogle and DeKalb counties.

NOAA National Centers for Environmental Information, State of the Climate: Monthly Tornadoes Report for April 2015, published online May 2015, retrieved on June 27, 2022 from https://www.ncei.noaa.gov/access/monitoring/monthly-report/tornadoes/201504.