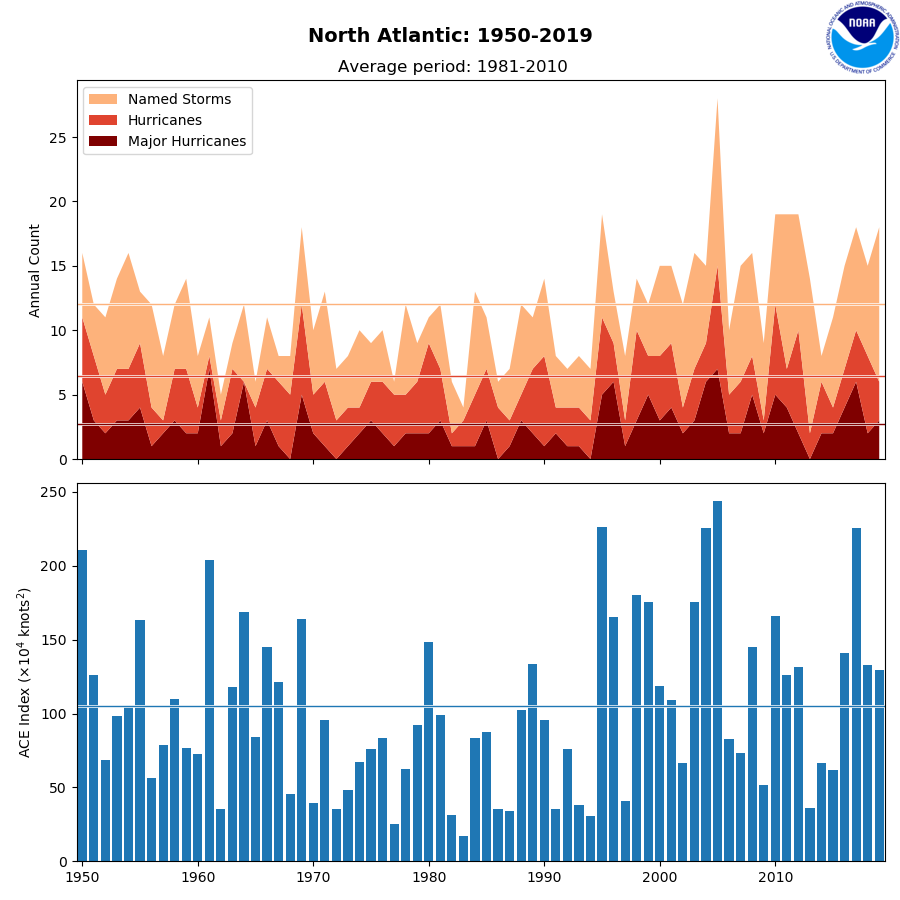 The 2019 North Atlantic hurricane season had 18 named storms, 6 hurricanes, and 3 major hurricanes. The named storms were above the 1981-2010 average of 12.1 named storms, but the other counts were near their averages of 6.4 hurricanes and 2.7 major hurricanes. The number of named storms tied are the sixth most since 1981. The Accumulated Cyclone Energy (ACE) index of tropical cyclone activity also indicated an above-average season in the North Atlantic. The ACE index is used to calculate the intensity of the hurricane season and is a function of the wind speed and duration of each tropical cyclone. The 2019 Atlantic hurricane season had an ACE of about 130 (×104 knots2) which is greater than the 1981-2010 average value of 104 (×104 knots2). That ranked as the 15th most since 1981.

Many of the storms were weak, short-lived, and higher-latitude than normal: Only 8 of the 18 storms lasted more than 72 hours, and 7 of them lasted 24 hours or less. Meanwhile, the two category 5 storms (Dorian and Lorenzo) were each exceptionally long-lived. These two storms combined for more than 60% of 2019's ACE, or about 75% of the ACE observed in an average season. Dorian's winds were among the strongest of any Atlantic hurricane in history before it made landfall in the Bahamas as a strong Category 5 storm and stalled for more than 24 hours. Dorian also brought winds and heavy rainfall to Coastal Carolinas before making landfall near Cape Hatteras. Lorenzo, on the other hand, was noteworthy for being the farthest east Category 5 storm in history. The other noteworthy storm was Tropical Storm Imelda. Despite qualifying as a tropical storm for just six hours, it was a very slow moving system that brought torrential rainfall to eastern Texas. 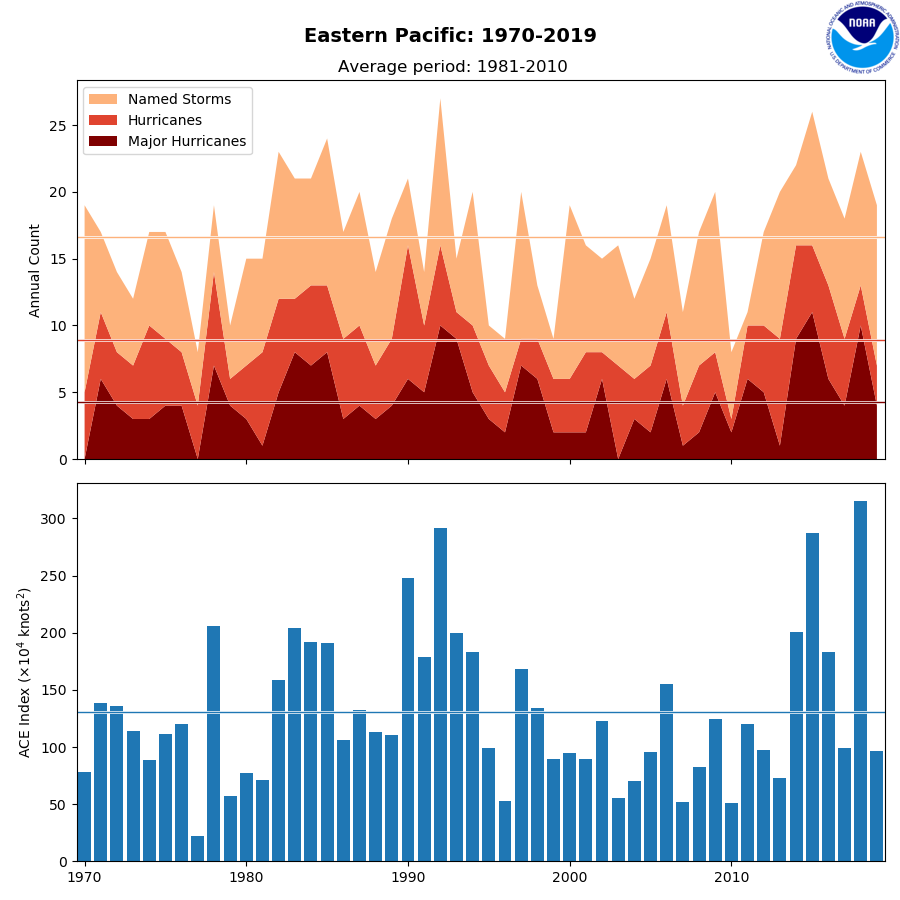 Two East Pacific tropical cyclones made landfall in 2019 along the coast of Mexico: Hurricane Lorena and Tropical Storm Narda. Hurricanes Erick and Flossie each passed near the Hawaiian Islands but neither produced significant impacts. Tropical Storm Raymond did not make landfall, but its remnants brought significant rain and snow to the Southwest US.

Information on specific events during the 2019 North Atlantic and East Pacific Hurricane seasons is available in the monthly reports as well as from NOAA's National Hurricane Center.