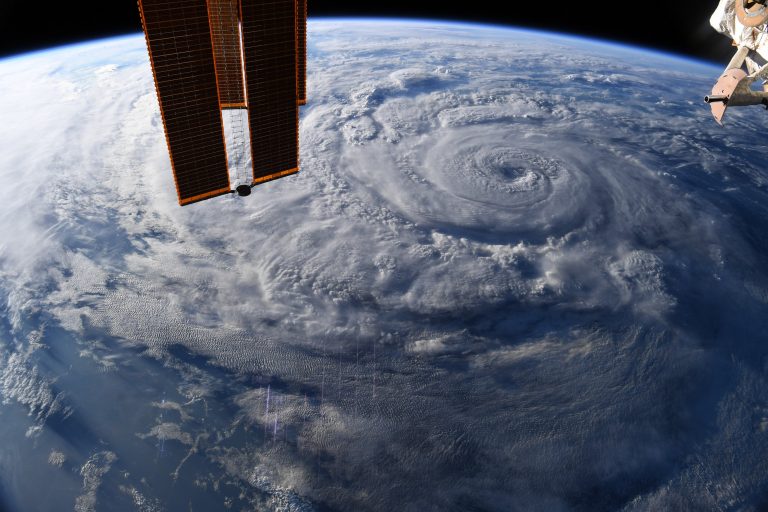 The Atlantic continued its record-breaking activity in terms of named storms during August. It featured two tropical storms and two hurricanes with each breaking 2005's records for the earliest 10th–13th named storms. Despite the record number of named storms, the overall accumulated cyclone activity for the year to date, which measures the strength and duration of storms, ranks just 11th largest out of the past 40 years.

At the beginning of August, Hurricane Isaias was traveling through the Bahamas on its way to make landfall near the border of North and South Carolina. As it moved northward, Isaias caused widespread and long-lasting power outages in New York, New Jersey, and Pennsylvania.

Hurricane Laura was the first major hurricane of the 2020 season. Laura was particularly notable for its explosive strengthening once it emerged in the Gulf of Mexico after crossing Hispaniola. In less than 48 hours, it intensified from a tropical storm to a category 4 hurricane. It was particularly devastating because it reached peak intensity just as it made landfall near the Texas–Louisiana border on August 27, just three days after Hurricane Marco made landfall in eastern Louisiana. Lake Charles, LA was particularly hard hit by Laura's strong winds.

The East Pacific activity was about average in August with three tropical storms and two hurricanes. However, the early part of the season was unusually inactive, so most measures of seasonal activity remain in the bottom third of the last 40 years. The strongest East Pacific hurricane in August was Hurricane Genevieve. Its track followed nearly the entire coast of Mexico south of the Baja California Peninsula. It reached category 4 intensity but remained offshore, which limited its impacts.