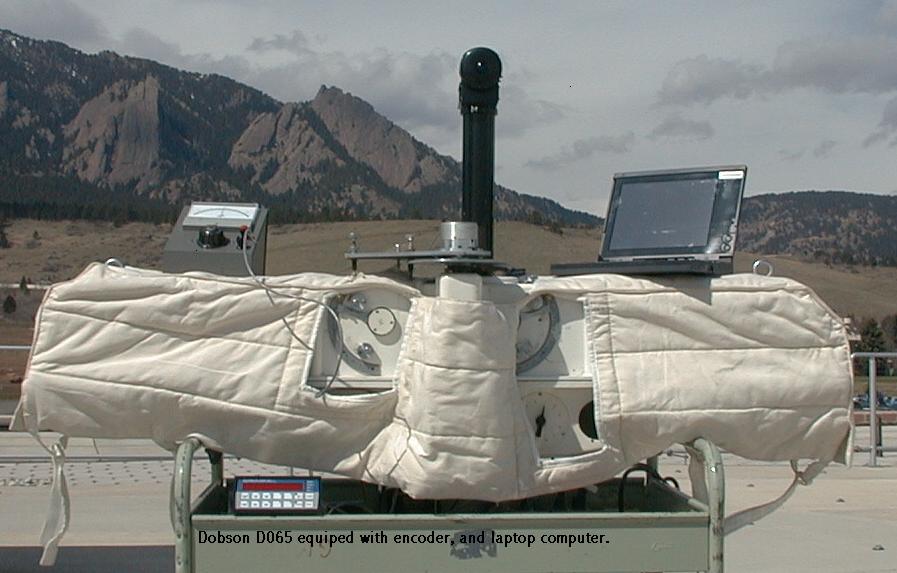 The Dobson Ozone Spectrophotometer has been used to study total ozone since it was developed in the 1920's. Total ozone is the total amount of ozone in a column from the surface to the edge of the atmosphere. The use of the Dobson Ozone Spectrophotometer is important to the global effort to understand the role of stratospheric ozone in atmospheric chemistry, biological and ecological effects of solar UV radiation, climate and weather. ESRL Global Monitoring Division maintains stations around the world that use the Dobson Ozone spectrophotometer. These stations are located in American Samoa, Antarctica, Australia, France, New Zealand, and the United States (Alaska, California, Colorado, Hawaii, Maine, North Dakota, Tennessee, and Virginia). They are also the World Dobson Ozone Calibration Centre, responsible for the calibration of over 100 instruments worldwide.
Dataset Citation
Dataset Identifiers
ISO 19115-2 Metadata
gov.noaa.ncdc:C01562
Full Text · XML
Last Modified: 2018-11-05
For questions about the information on this page, please email: ncei.orders@noaa.gov