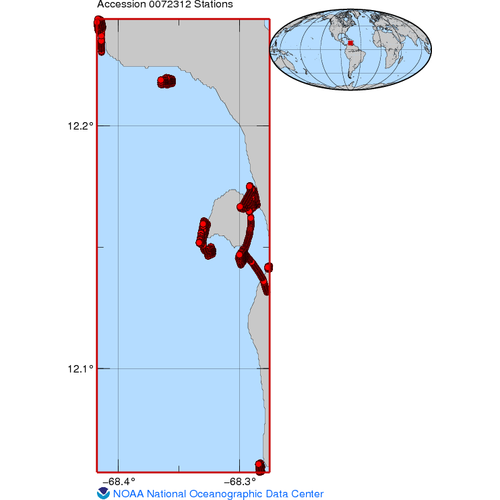 Bonaire's economy depends heavily on diving tourism, with over 31,000 scuba divers entering its waters annually. The Bonaire National Marine Park Authority oversees the administration and protection of this unique underwater resource with help from Stichting Nationale Parken Nederlandse Antillean (STINAPA), a management advisory body. Although the shallow leeward environment near Bonaire between 0 and 12 meters (m)/39 feet (ft) was mapped in the 1980s by a Dutch scientist, Dr. Fleur van Duyl, little to no survey work has been conducted on the deeper reef (60 to 100 m/197 to 328 ft) on into deeper water (100 to 300 m/328 to 646 ft). The shallow water survey (van Duyl 1985) provides a rich database against which to assess decadal changes.

A recent meeting of the International Coral Reef Initiative, an effort of the United Nations Environmental Program, identified mapping the reefs of Bonaire as a top priority in a regional context, and the territorial government of Bonaire has indicated strong support for our mapping project. Bonaire, Curacao, Las Aves, and Los Roques have recently been proposed for United Nations World Heritage Status, given the pristine marine environments and high degree of endemic species, which are those found nowhere else on the planet.

The goal of the Bonaire 2008 expedition is to survey this unique environment over a greater depth range than can be reached with compressed air scuba, using three autonomous underwater vehicles (AUVs), technical diving, and (in a future year) a manned submersible. Scientists from the College of William & Mary's Virginia Institute of Marine Science, the University of Delaware, and the Scripps Institution of Oceanography are leading the expedition. We also have help from the Island Government of Bonaire, scientists at the National Oceanography Centre, United Kingdom, and two makers of underwater technology, Hafmynd and GeoAcoustics.

This unique mapping of the biological and physical environment will document patterns of biodiversity in both shallow and deep parts of the reef. We may discover new species. Because AUVs can "fly" in close proximity to the bottom in terrain-following mode, the AUVs will provide a superior method of imaging the bottom using such sensors as side scan sonar, multibeam sonar, and digital video as compared to towing these sensors over the reef on a sled, or using a boat at the surface. The AUVs can also simultaneously measure water currents near the bottom, dissolved oxygen, chlorophyll, pH, conductivity, and temperature. We will also be deploying fixed bottom instruments to measure temperature fluctuations and water currents.

Because the AUVs can work 6 to 12 hours per day, depending on survey speeds, we should also be able to map several square kilometers per day. This robot mapping effort will be ground-truthed at select spots by compressed air and trimix scuba divers using underwater video. This re-mapping of the shallow reefs of Bonaire using new tools, and the explorations into deeper water using AUV technology, will provide an important resource for this island territory in the form of a detailed snapshot of shallow and deep reefs. The shallow reef mapping will be compared to the 1985 snapshot taken by van Duyl, as well as other limited surveys by other scientists. The deeper reef mapping will serve as a new snapshot against which future explorations can compare.