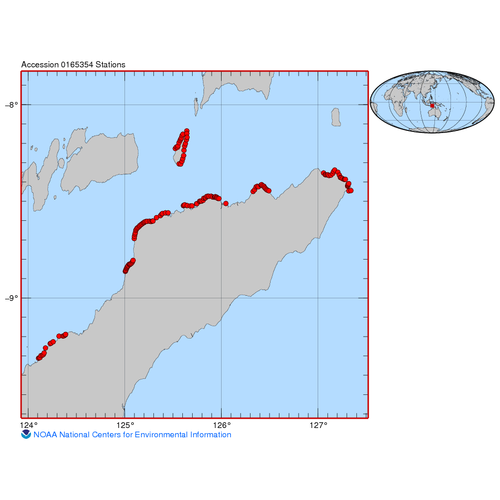 The goal of the survey work was to generate baseline data on the nearshore coral reef fish assemblages and associated benthic communities around Timor-Leste's north coast and Atauro Island. Surveys were concentrated around these areas due to (1) limited time and resources, but also (2) low water visibility and safety concerns for potential dive survey operations along the south shore. In addition to the visual observations of reef fish and the associated benthos, photographs of the seafloor were taken using a photoquadrat method and were later analyzed for benthic cover. These two additional datasets are documented separately.