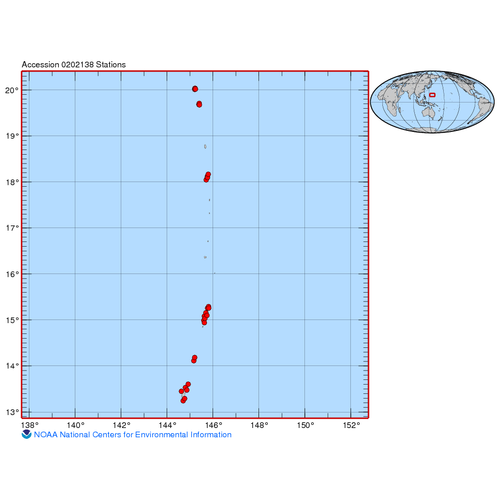 Preview graphic
The data described here are photoquadrat benthic habitat imagery (photographs) collected at climate stations and permanent sites established by the Ocean and Climate Change team of the Pacific Islands Fisheries Science Center (PIFSC) Ecosystem Sciences Division (ESD)--formerly the Coral Reef Ecosystem Division--as part of the NOAA National Coral Reef Monitoring Program (NCRMP). The photo-quadrat surveys were conducted from May 3 to June 21 according to protocols established by ESD and NCRMP during the ESD-led NCRMP mission to the Mariana Archipelago in 2017.

A select number of climate stations were established at select islands in the Marianas in a stratified random fashion and were roughly equally spaced around each island along the 15-m depth contour on hard-bottom habitat and at least 1 km away from a river mouth or embayment. At the NCRMP climate station a 15-m transect was run from the reference stake. Along the 15-m transect tape, two images were taken per meter, for a total of 30 images per climate station.