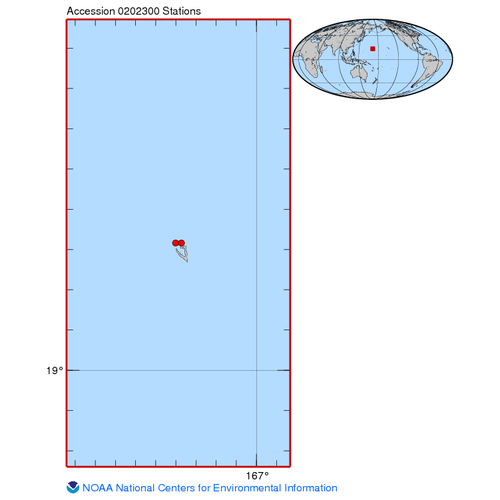 SCUBA divers conducted benthic photoquadrat surveys at permanent sites established in coral reef habitats by ESD. A select number of these sites were chosen in hard-bottom habitat at ~15-m depths, and a subset of the permanent sites (climate stations) were established at north, south, east, and west points around the atoll. The divers estimated and delineated each site’s rectangular perimeter by temporarily placing measuring tapes with 1-m markers starting from a permanently installed reference stake on the reef. Along the nearshore 10-m side of the survey site and the downslope 5-m side, the measuring tapes marked every meter of the L-shaped 15-m transect used for photoquadrat documentation. The divers photographed the reef at 1-m intervals on both sides of the 15-m tape, generating 30 photographs per survey site.