Assessing the Global Climate in February 2017

Globe had second warmest February, season, and year to date on record

The globally averaged temperature over land and ocean surfaces for February 2017 was the second highest for the month of February in the NOAA global temperature dataset record, which dates back to 1880.  The December–February seasonal and year to date global temperatures were also second warmest on record.

This monthly summary is part of the suite of climate services NOAA provides to government, business, academia and the public to support informed decision-making. 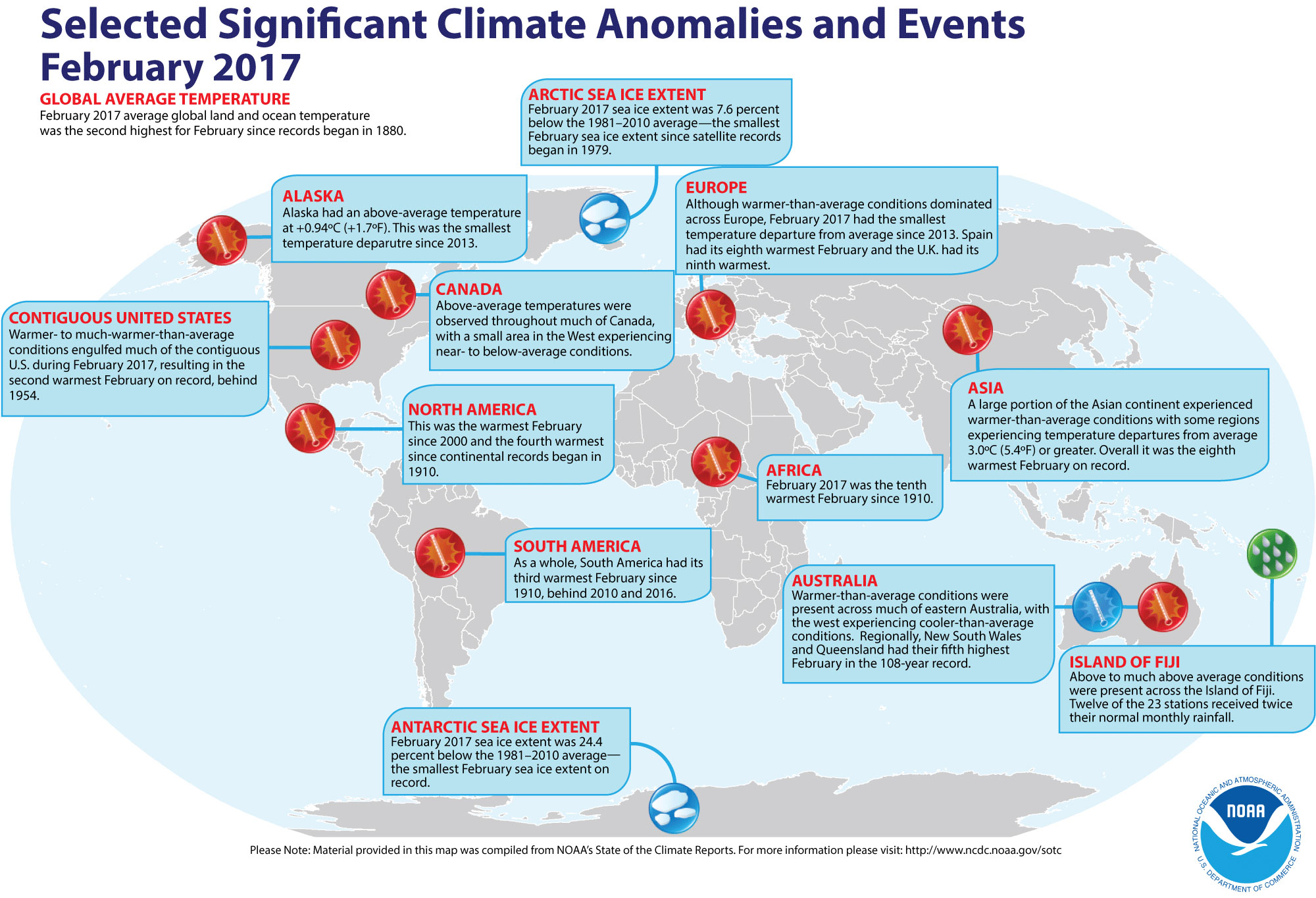 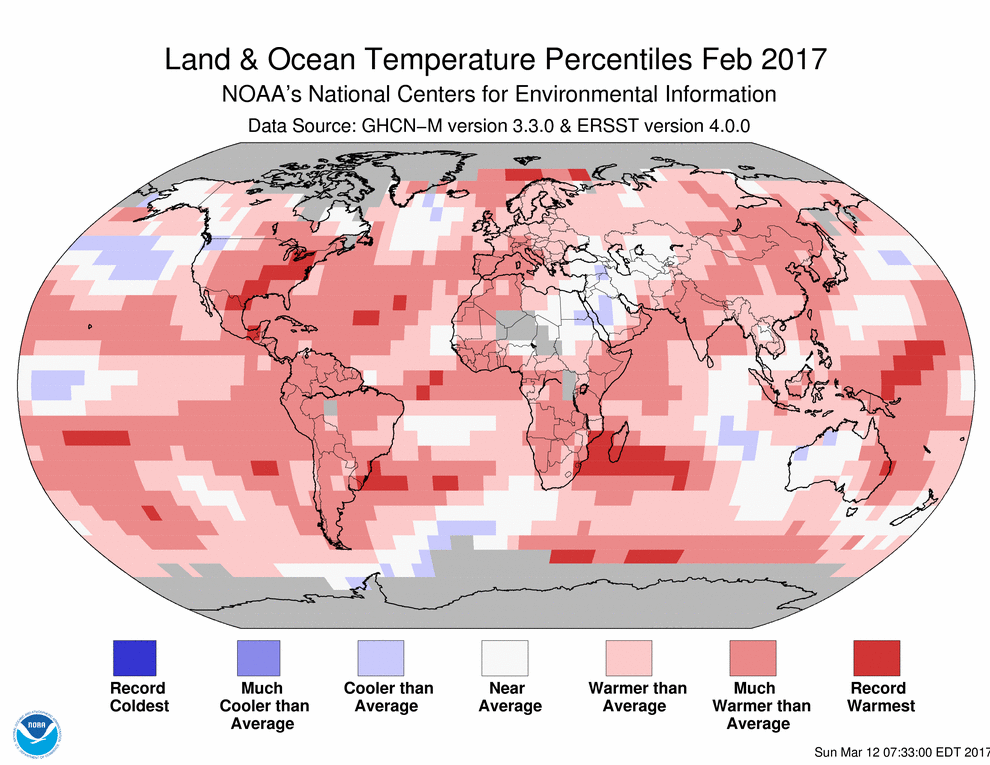 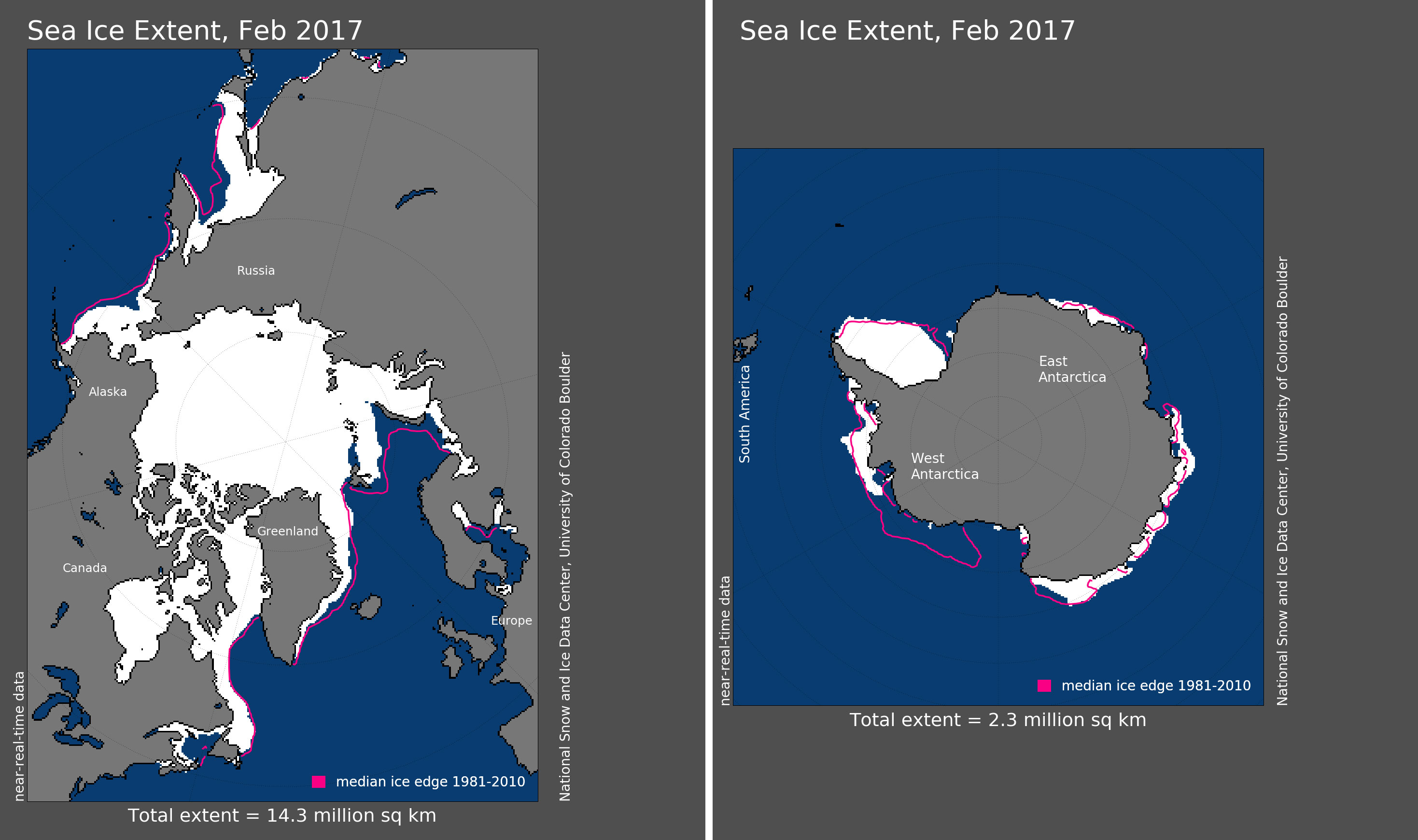 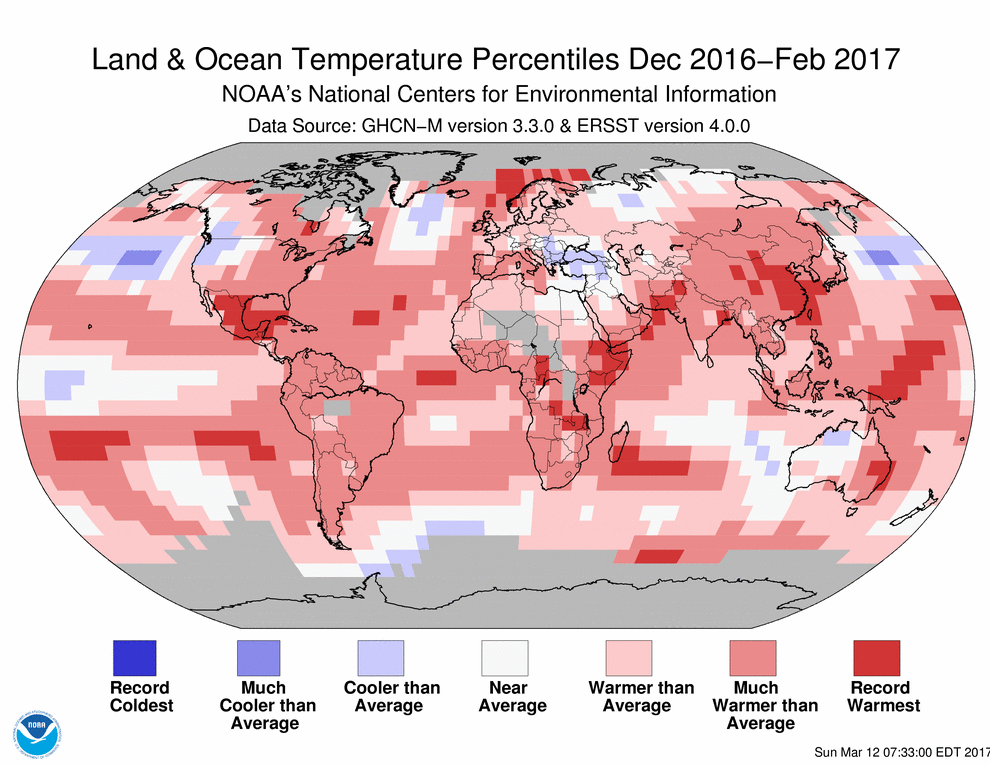 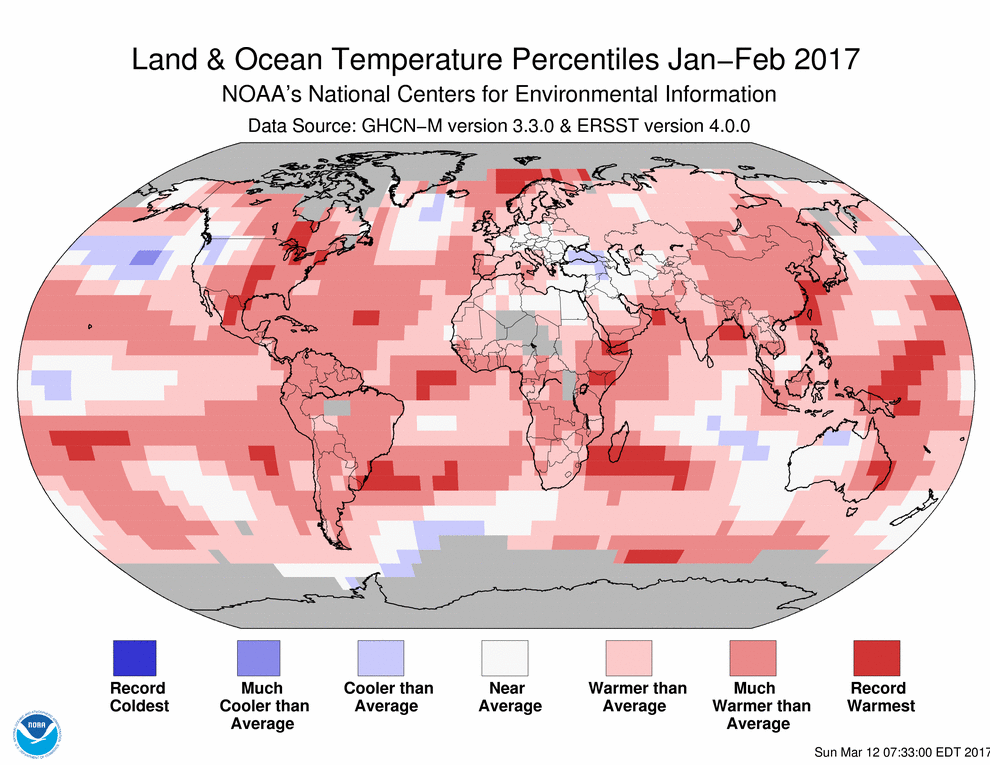 Assessing the U.S. Climate in November 2019

Assessing the Global Climate in March 2017

The globally averaged temperature over land and ocean surfaces for March 2017 was the second highest for the month.

The globally averaged temperature over land and ocean surfaces for November 2017 was the fifth highest for the month.