Assessing the Global Climate in June 2018

The globe had its fifth highest June temperature on record

This monthly summary, developed by scientists at NOAA's National Centers for Environmental Information, is part of the suite of climate services NOAA provides to government, business, academia and the public to support informed decision-making. 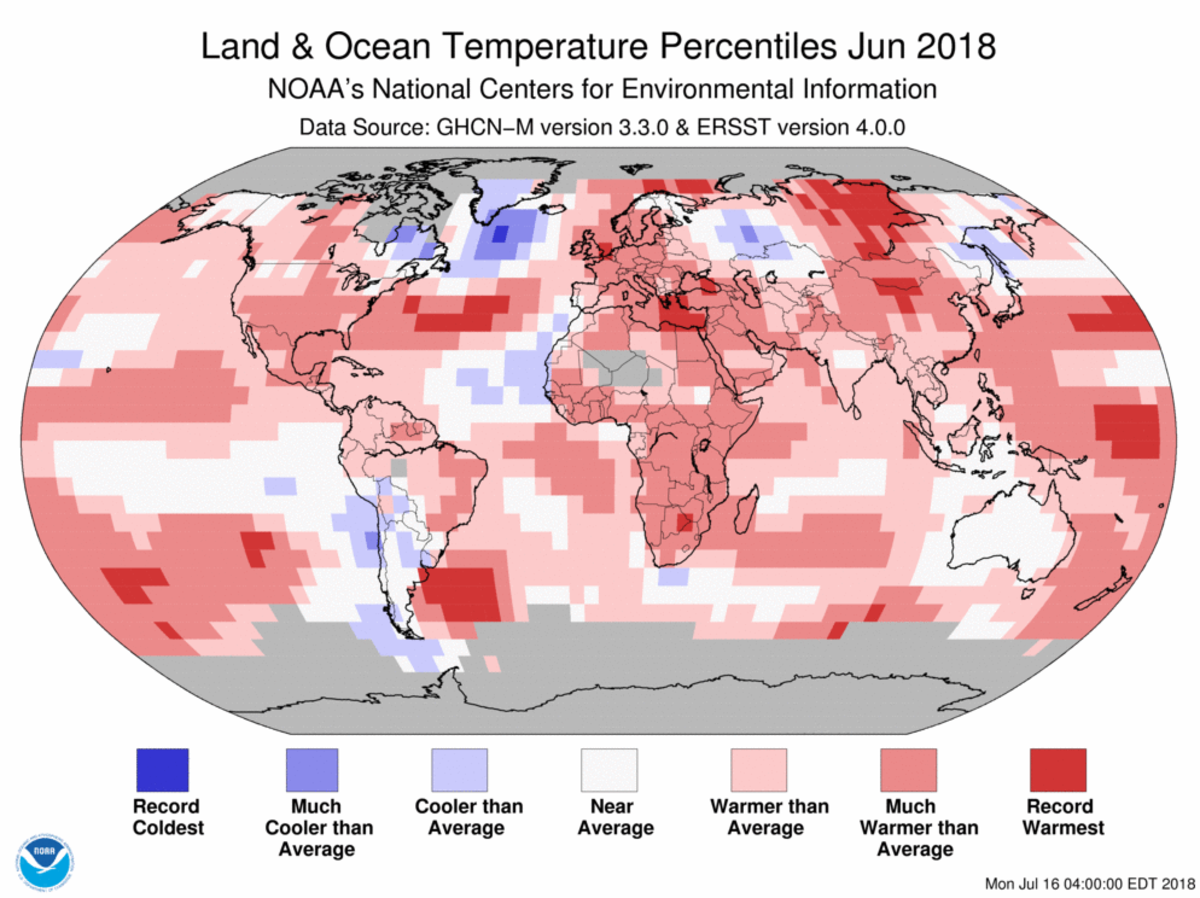 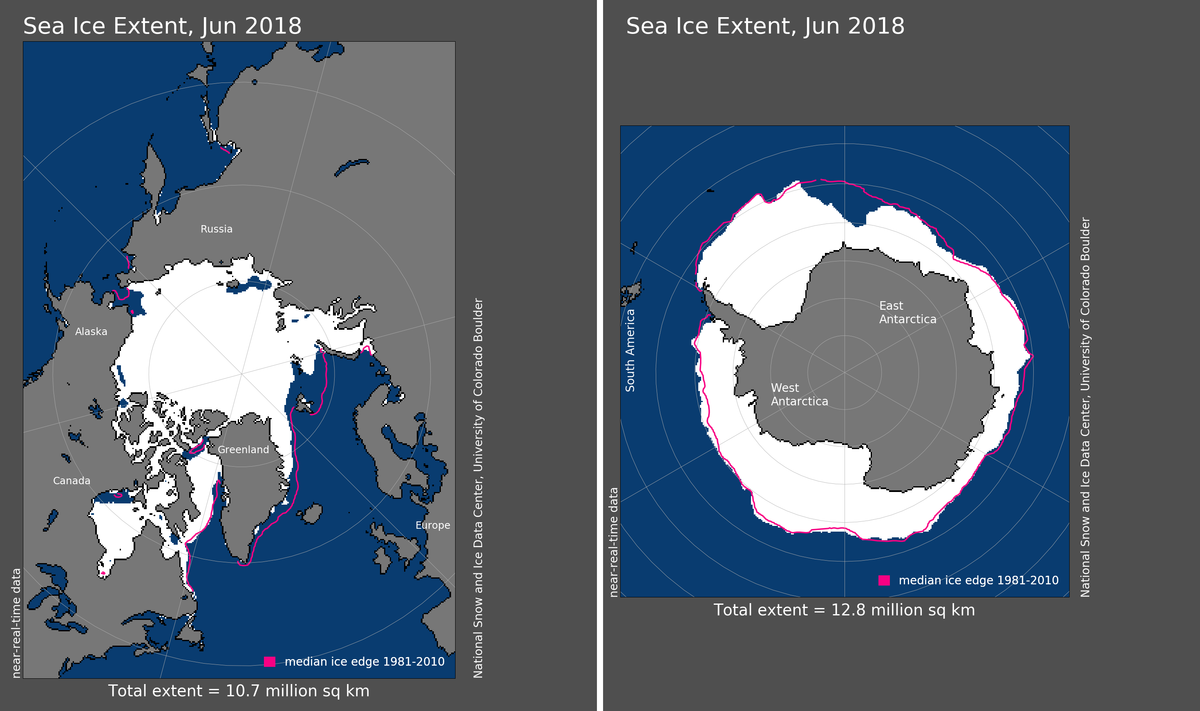 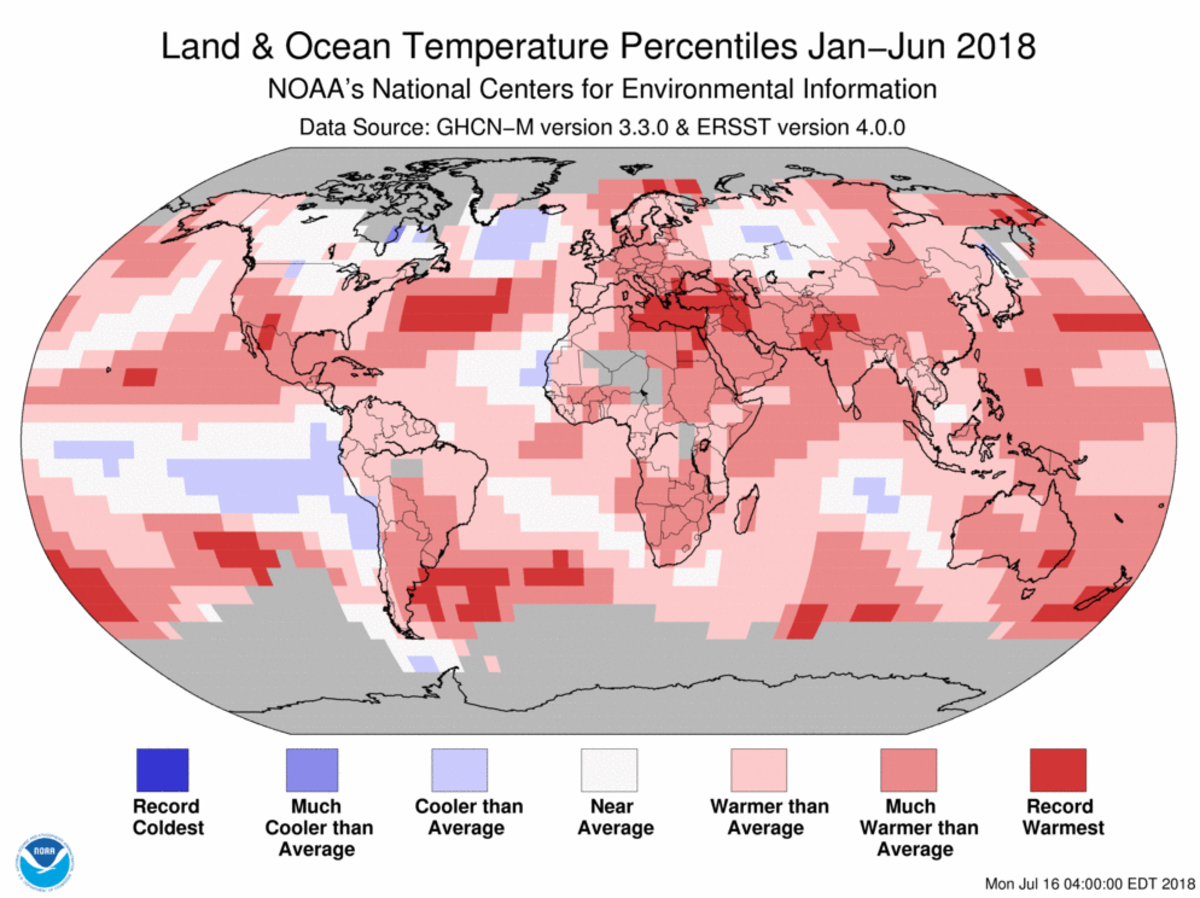 For a more complete summary of climate conditions and events, see our June 2018 Global Climate Report.

Assessing the Global Climate in March 2019

Reporting on the State of the Climate in 2015

Assessing the U.S. Climate in November 2018

For November, the average contiguous U.S. temperature was 40.1°F, 1.6°F below the 20th century average, ranking in the coolest

For May, the average contiguous U.S. temperature was 59.5°F, 0.7°F below the 20th century average and ranked in the bottom third