January was warmer and wetter than average for the United States

This monthly summary is part of the suite of climate services NOAA provides to government, business, academia, and the public to support informed decision-making.

For extended analysis of regional temperature and precipitation patterns, as well as extreme events, please see our full report that will be released on February 13, 2017. 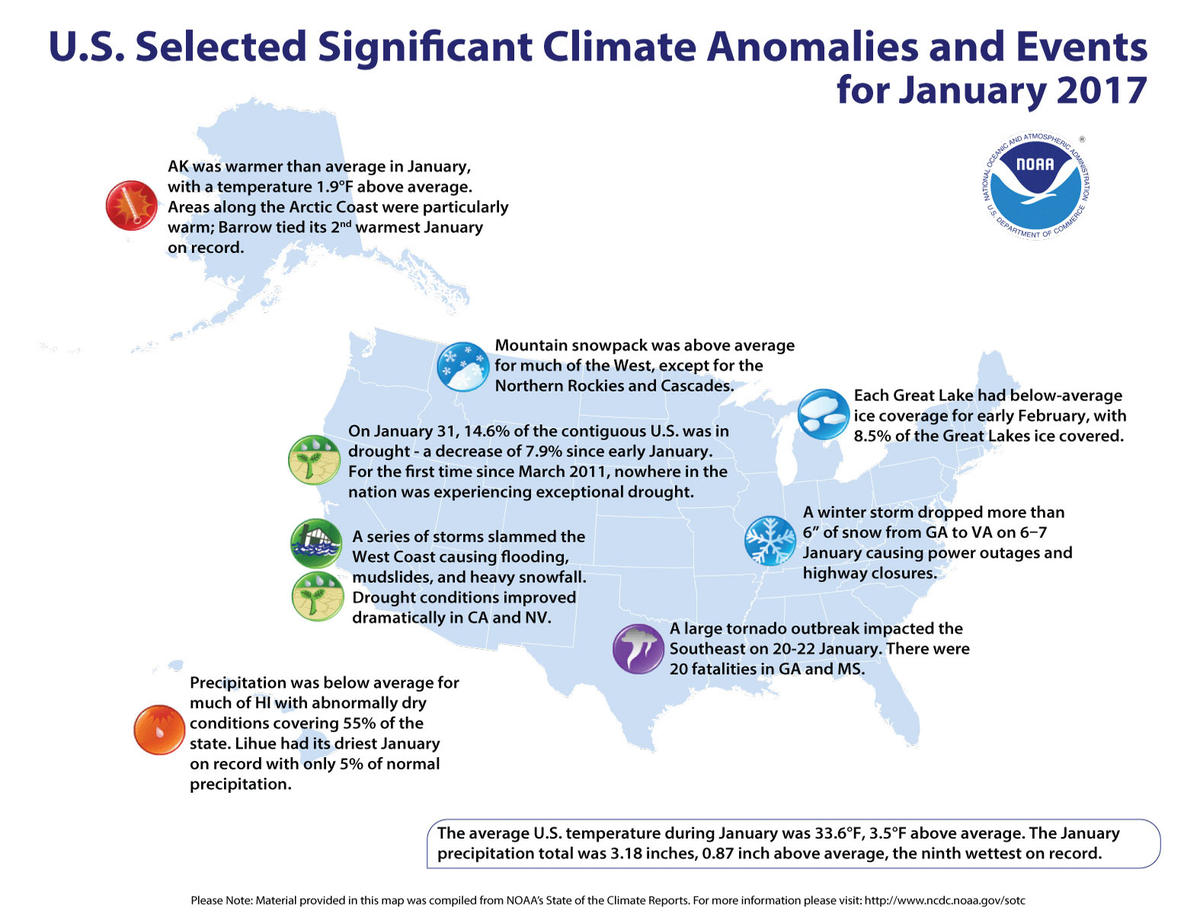 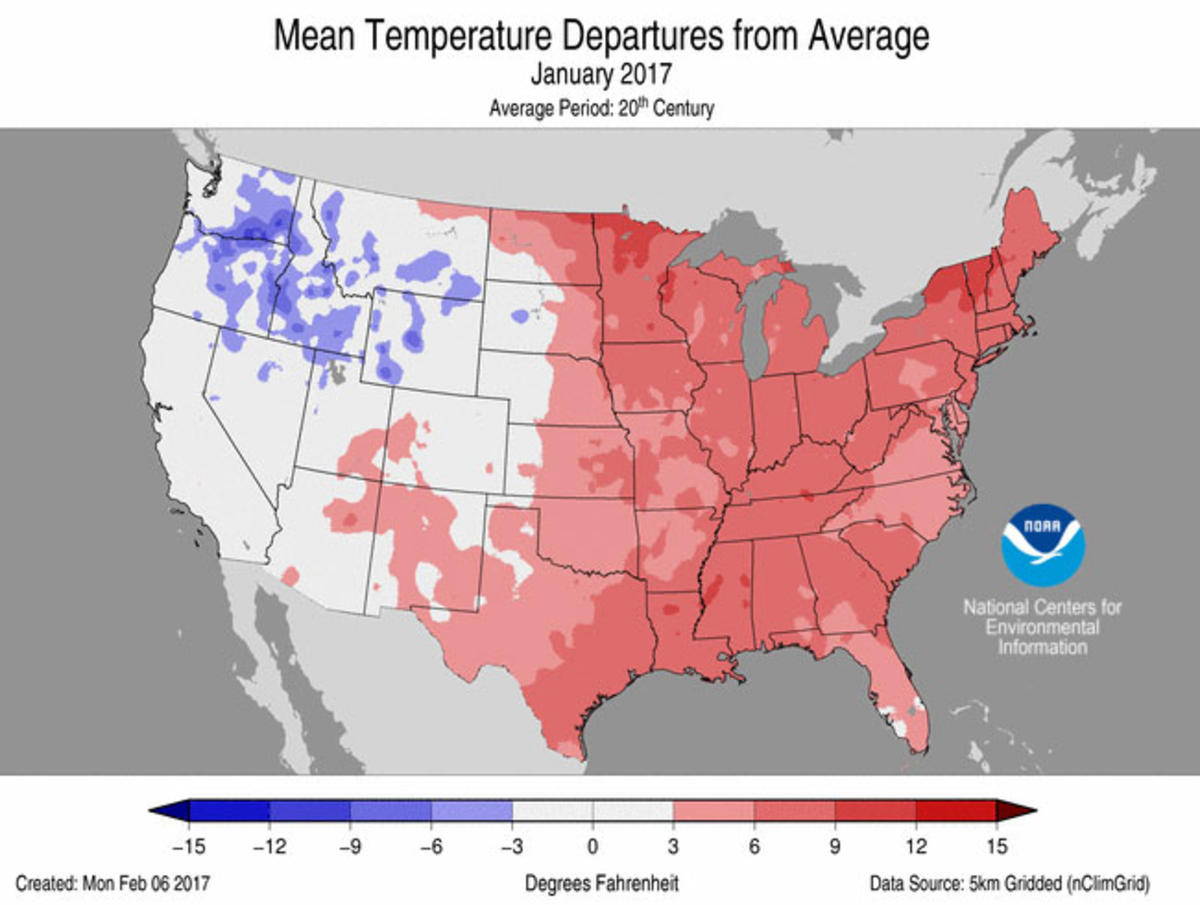 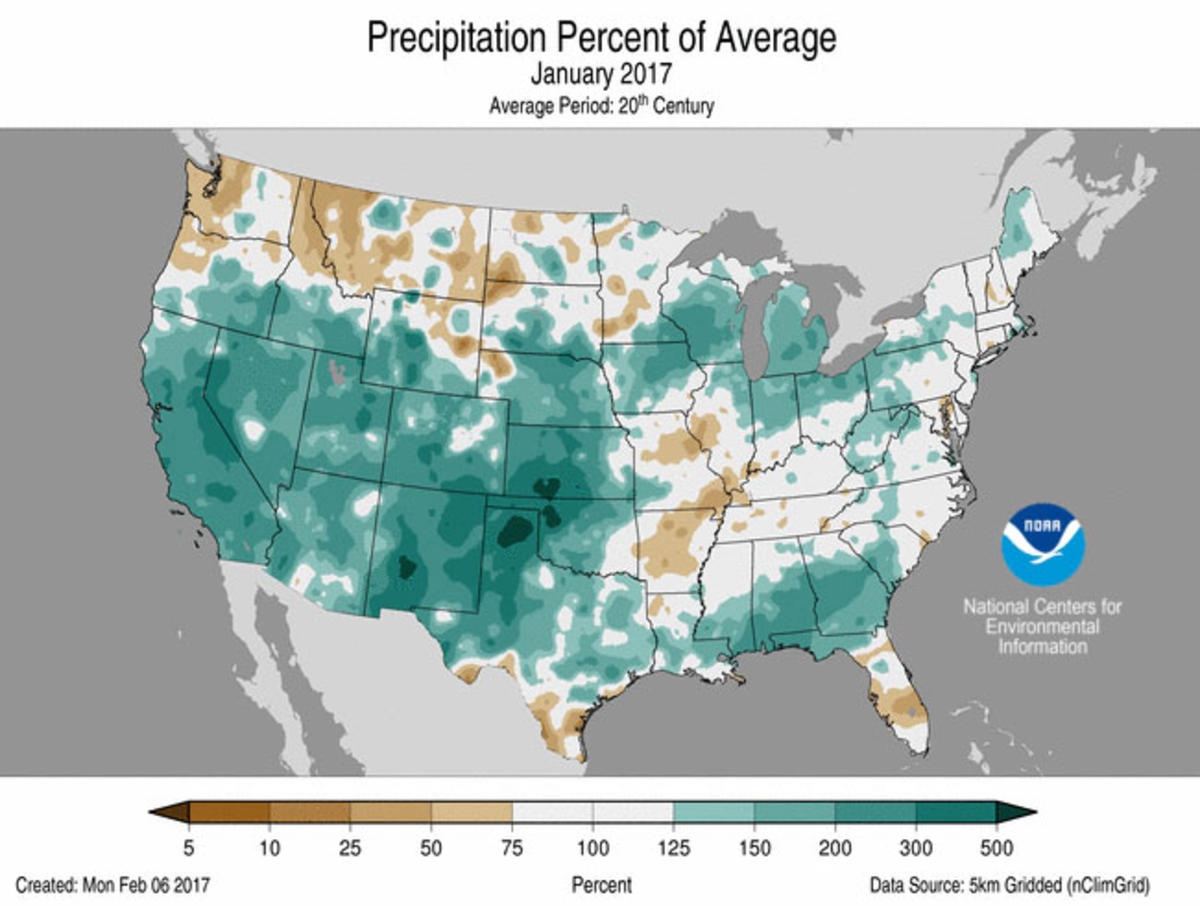 For October, the average contiguous U.S. temperature was 53.8°F, 0.3°F below the 20th century average. This ranked near the