The March precipitation total was 2.56 inches, 0.05 inch above the 20th century average, and ranked near the middle of the 123-year period of record. Much-above-average precipitation across the Northwest offset much-below-average precipitation in the Southeast. Warm and windy conditions across the South created ideal wildfire conditions with over 2 million acres burning during March—a new record for the month. The year-to-date contiguous U.S. precipitation total was 8.09 inches, 1.13 inches above average. This ranked as the 10th wettest January–March on record and wettest since 1998.

This monthly summary is part of the suite of climate services NOAA provides to government, business, academia, and the public to support informed decision-making. 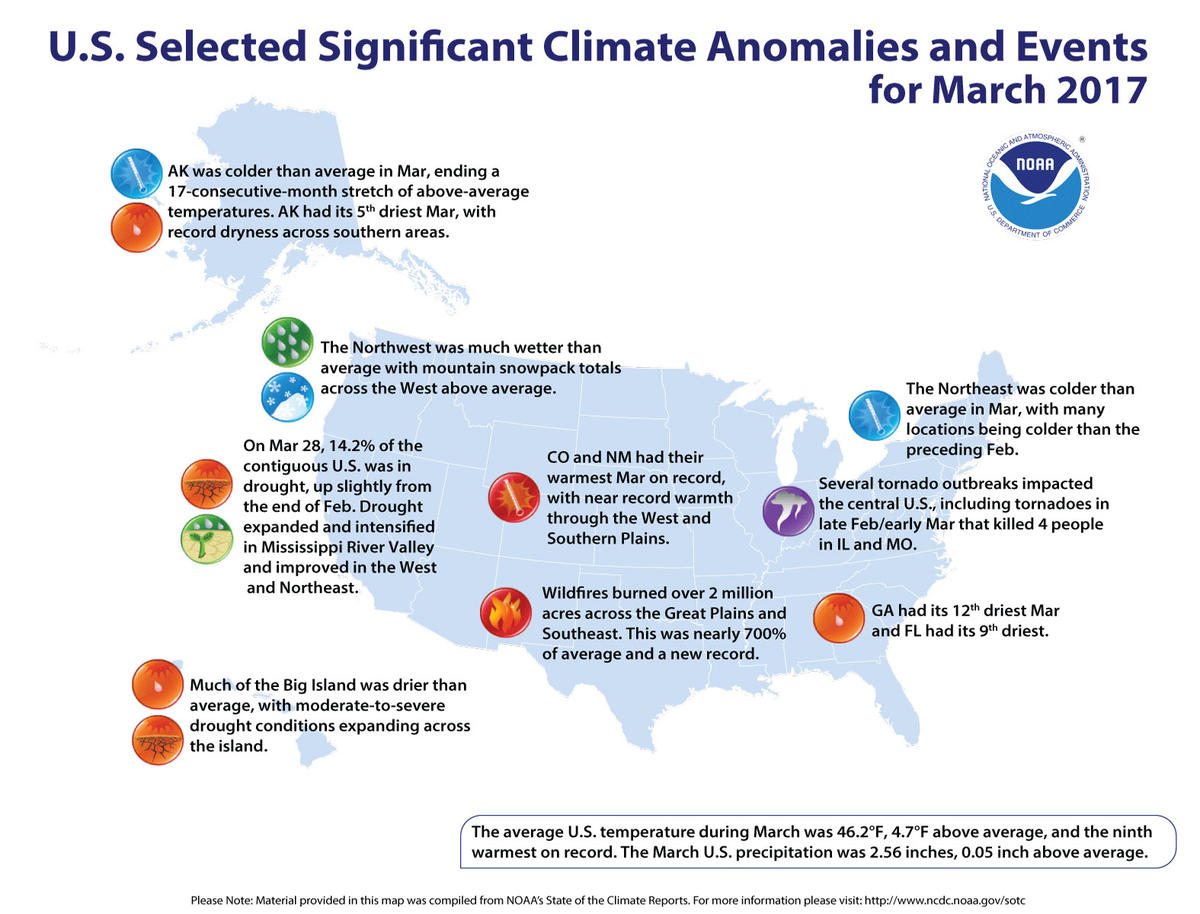 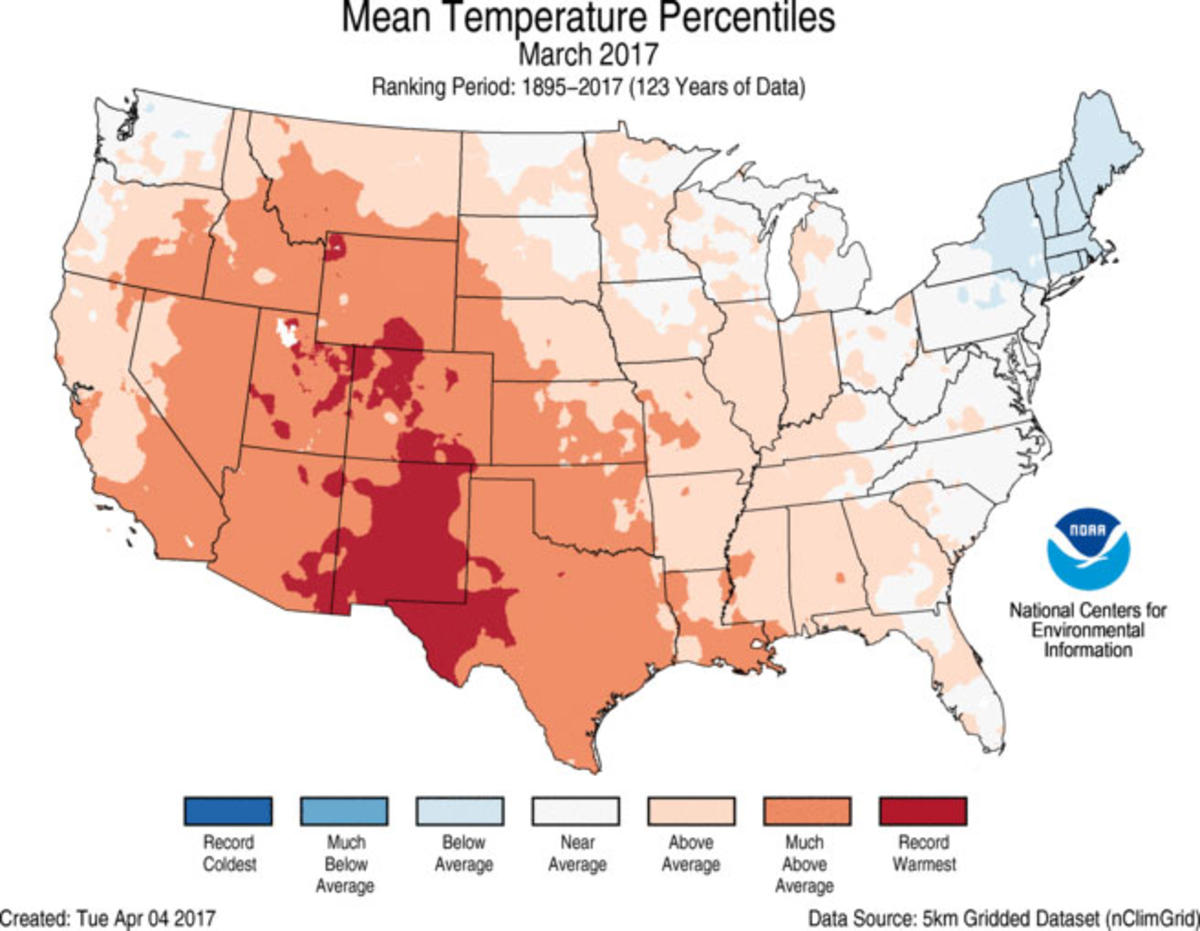 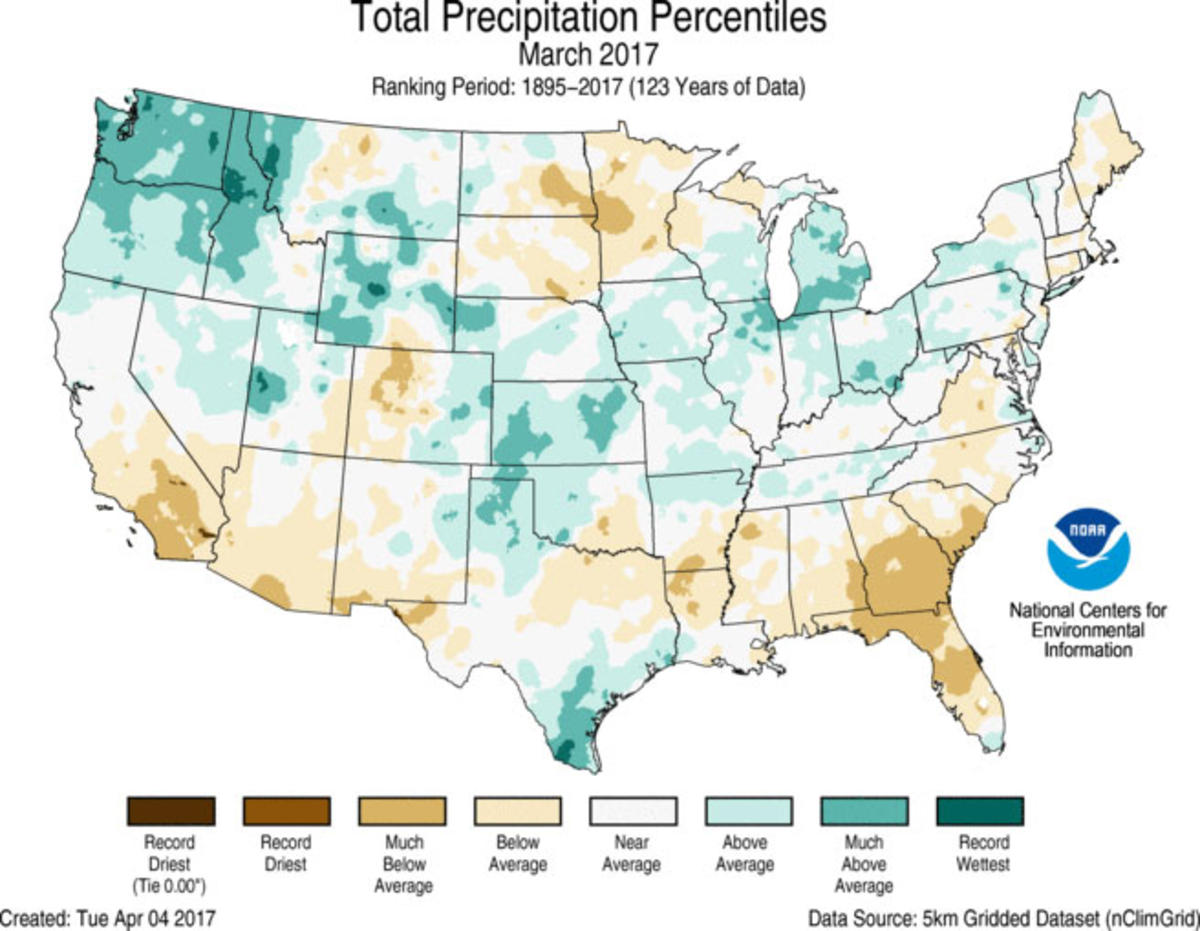 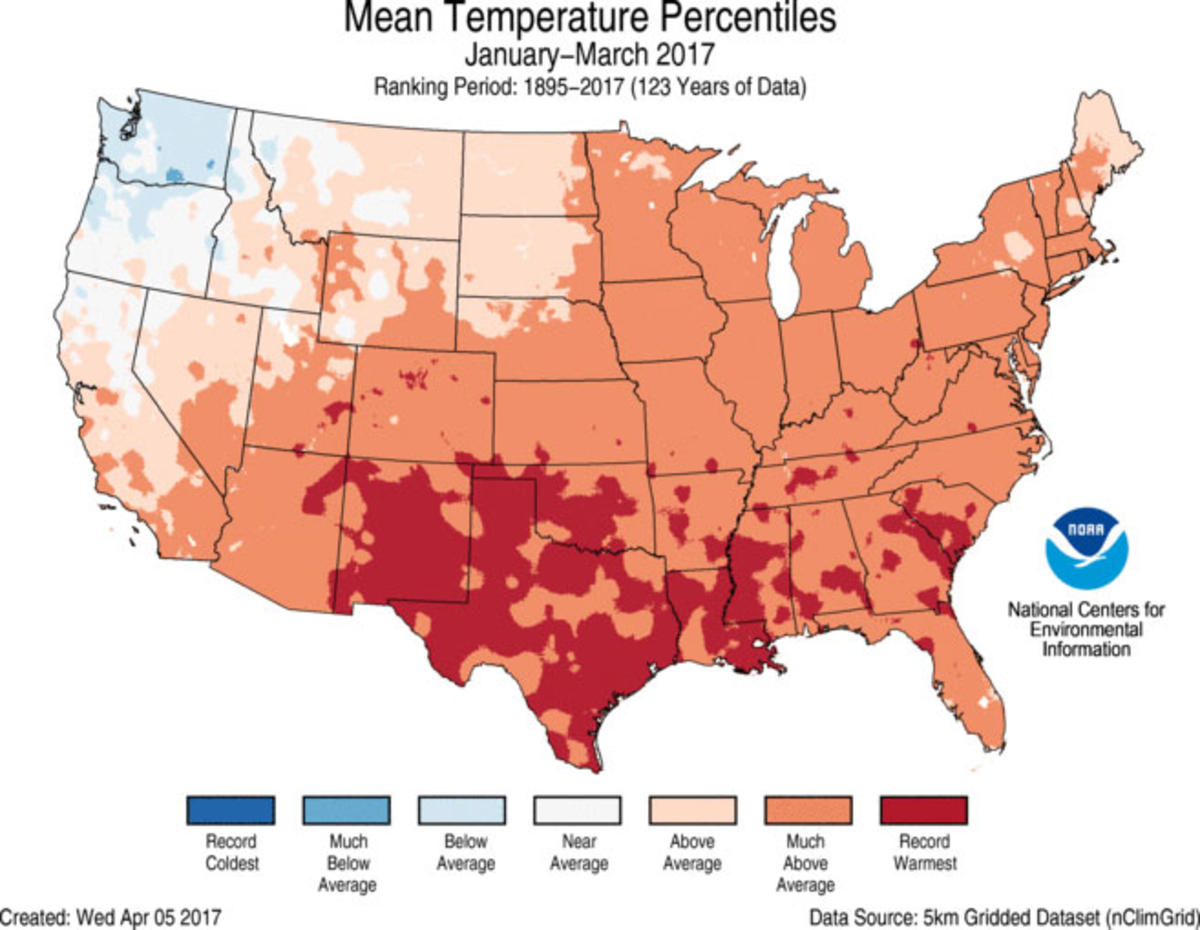 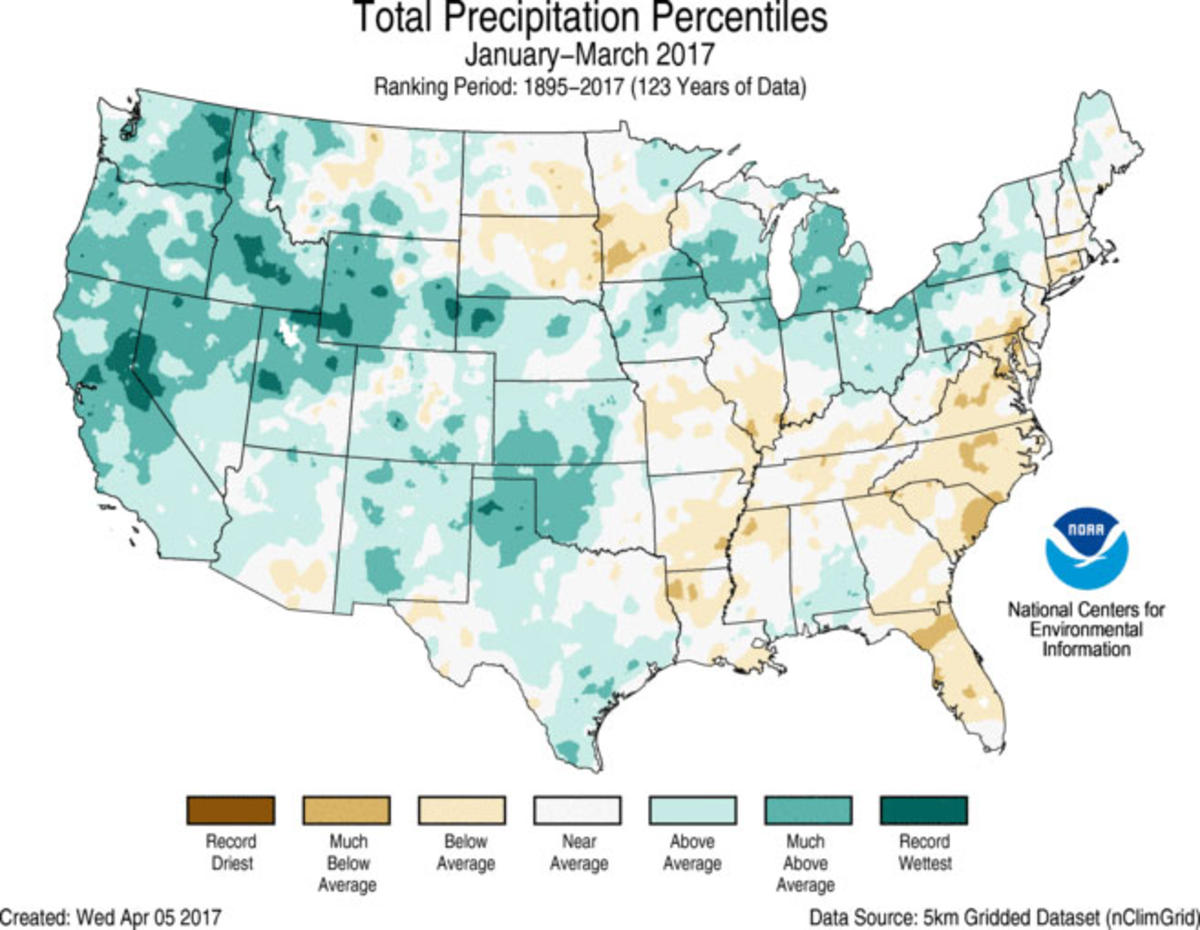 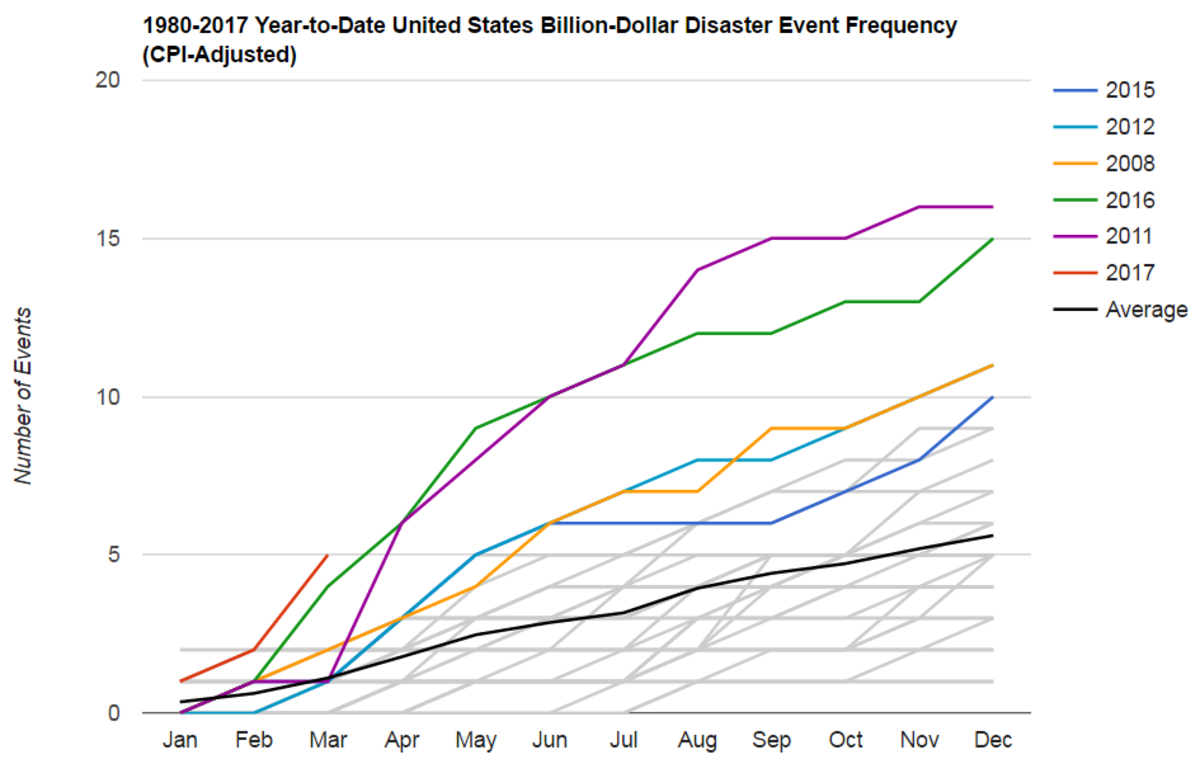 The full U.S. report will be released on April 11.

According to the October 20, 2020, U.S. Drought Monitor, moderate to exceptional drought covers 39.5% of the United States

In the past, our scientists have assigned ranks to climate divisions and states to help place monthly, seasonal, and annual

According to the March 30, 2021, U.S. Drought Monitor, moderate to exceptional drought covers 36.7% of the United States