Since June 2017, six additional weather and climate events impacted the nation that had direct, total costs exceeding $1 billion. These new events included the western U.S. wildfires, the Northern Plains drought, a severe weather event in the Midwest, and major Hurricanes Harvey, Irma, and Maria. This brings the year-to-date total to 15 separate billion-dollar weather and climate disasters, tying 2011 for the record number of events during January–September. The record number of billion-dollar disasters for a calendar year is 16 events set in 2011. Cost estimates associated with the 2017 hurricanes will be available in January 2018.

The September nationally averaged temperature was 66.3°F, 1.4°F above the 20th century average, and ranked among the warmest third of the historical record. Near-record warmth was observed in parts of the Great Lakes and Northeast. The year-to-date U.S. average temperature was the third warmest on record at 57.7°F, 2.7°F above average. Only January–September of 2012 and 2016 were warmer. Above-average temperatures spanned the nation for the first nine months of the year. 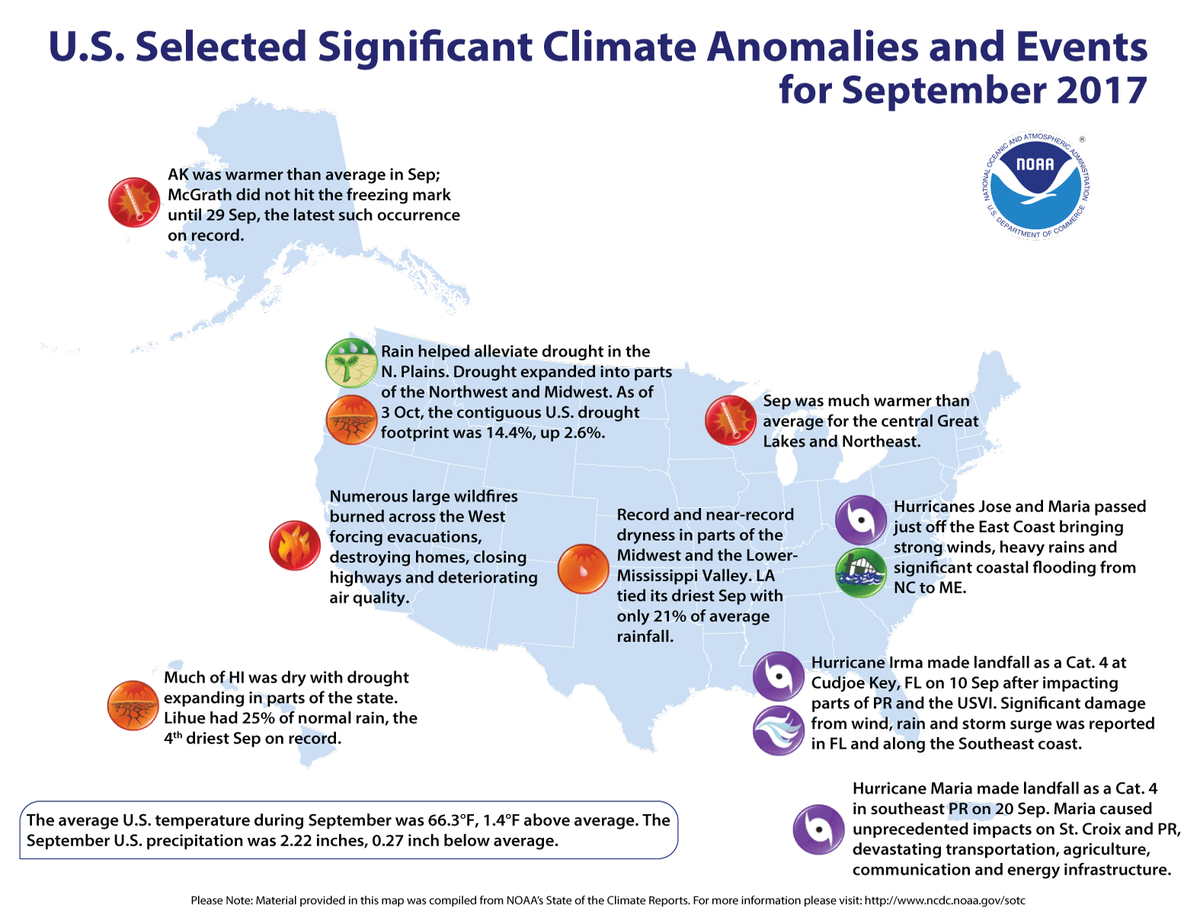 See all September and year-to-date U.S. temperature and precipitation maps. 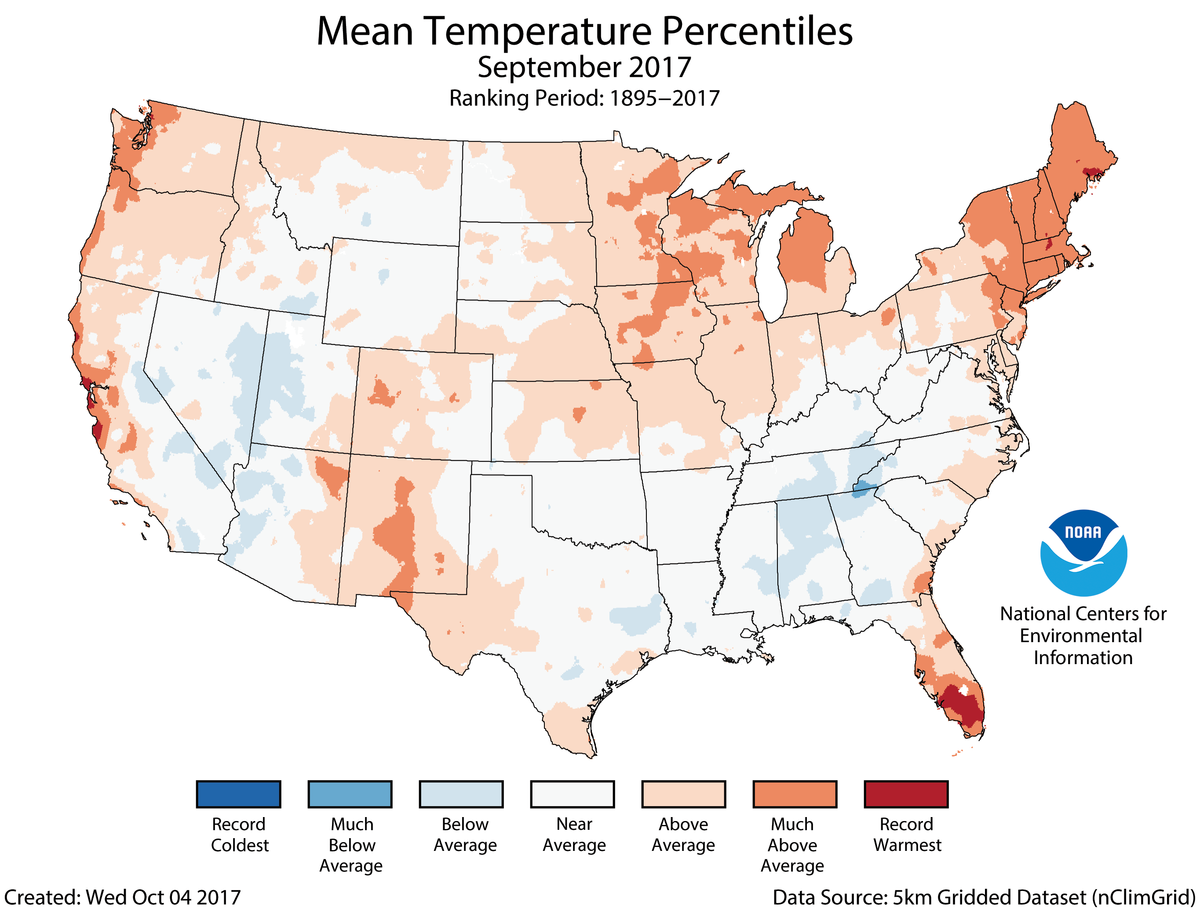 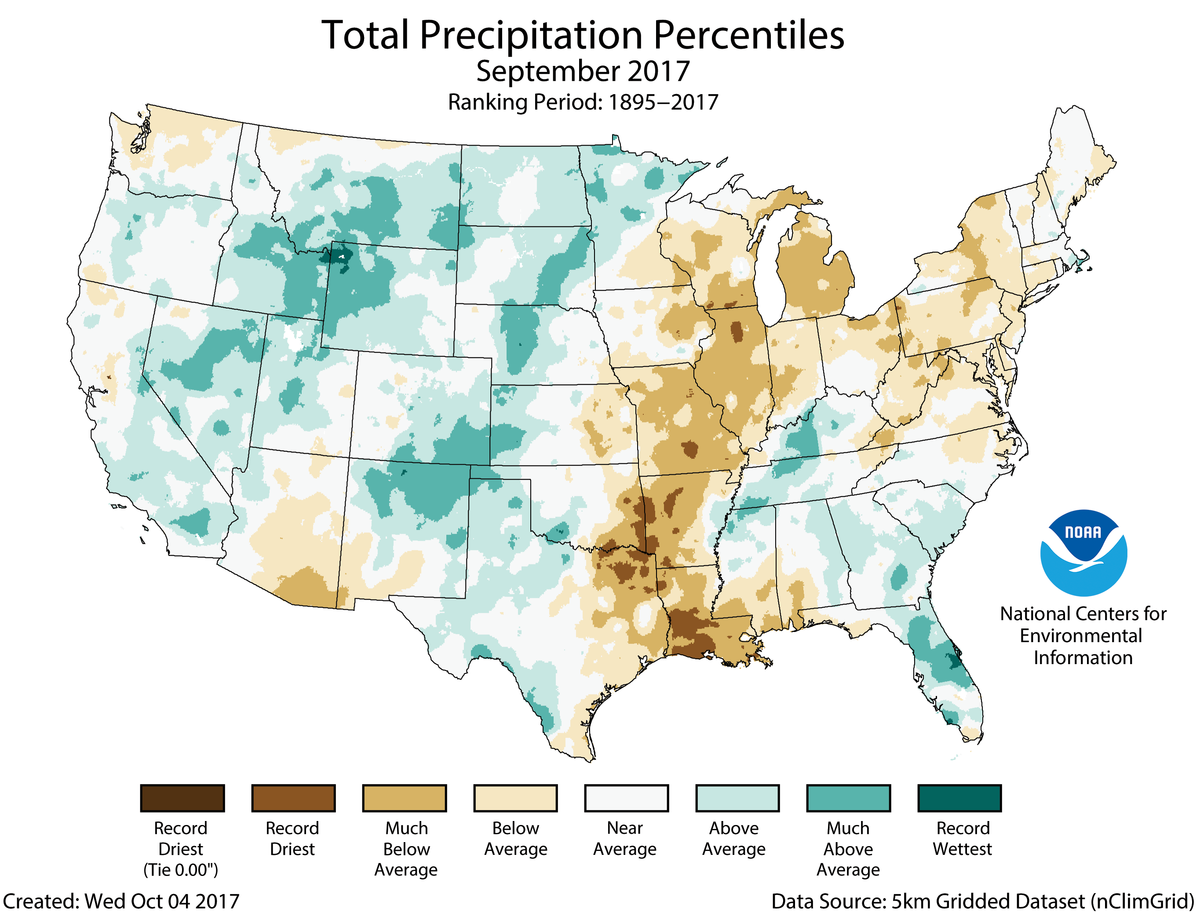 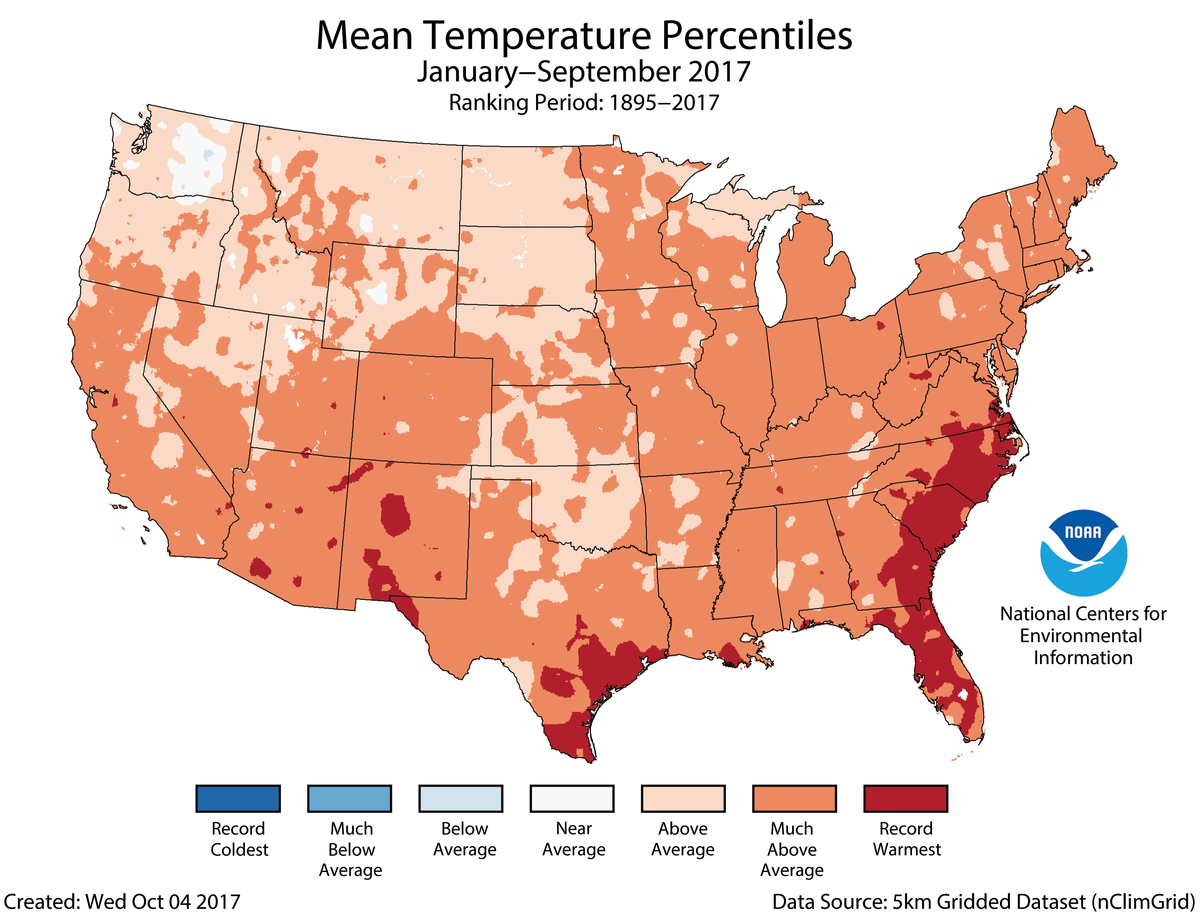 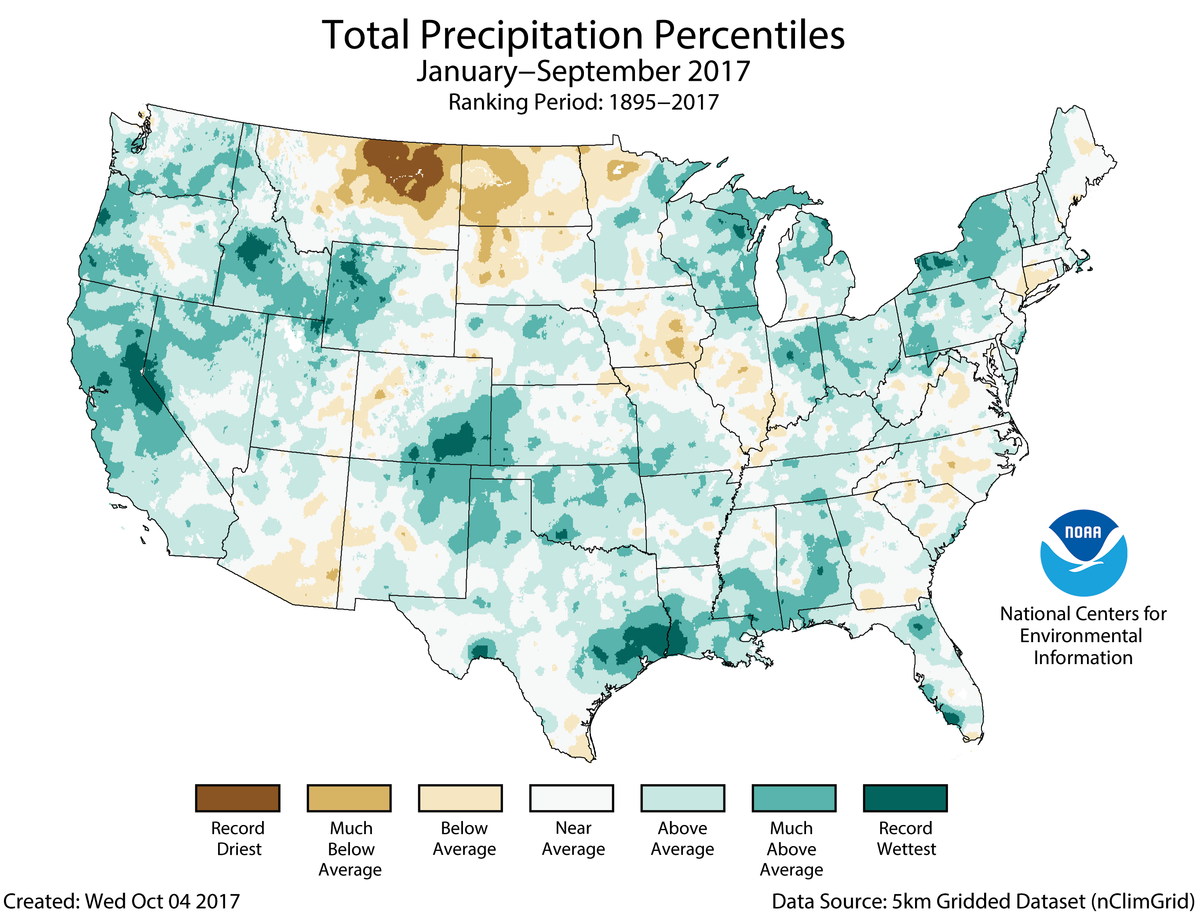 According to the April 25, 2017, U.S. Drought Monitor, moderate to extreme drought covers 6.1% of the contiguous United States