The United States was warmer and wetter than average in October

The October nationally averaged temperature was 55.7°F, 1.6°F above the 20th century average, and ranked among the warmest third of the historical record. Record warmth spanned New England with much-above-average temperatures stretching into the Great Lakes and Mid-Atlantic. Below-average temperatures were observed in the Northwest and northern Rockies. The year-to-date U.S. average temperature was the third warmest on record at 57.5°F, 2.5°F above average. Only January–October of 2012 and 2016 were warmer.

For October, the national precipitation total was 2.53 inches, 0.37 inch above average, and ranked among the wettest third of the historical record. Much-above-average precipitation fell in the central Plains, Midwest, Northeast, along the Appalachians, and the central Gulf Coast. Much-below-average precipitation was observed in the Southwest and parts of the northern and southern Plains. The year-to-date U.S. precipitation total was 28.93 inches, 3.57 inches above average. This was the second wettest January–October on record, with only the same period in 1998 being wetter.

See all October and year-to-date U.S. temperature and precipitation maps. 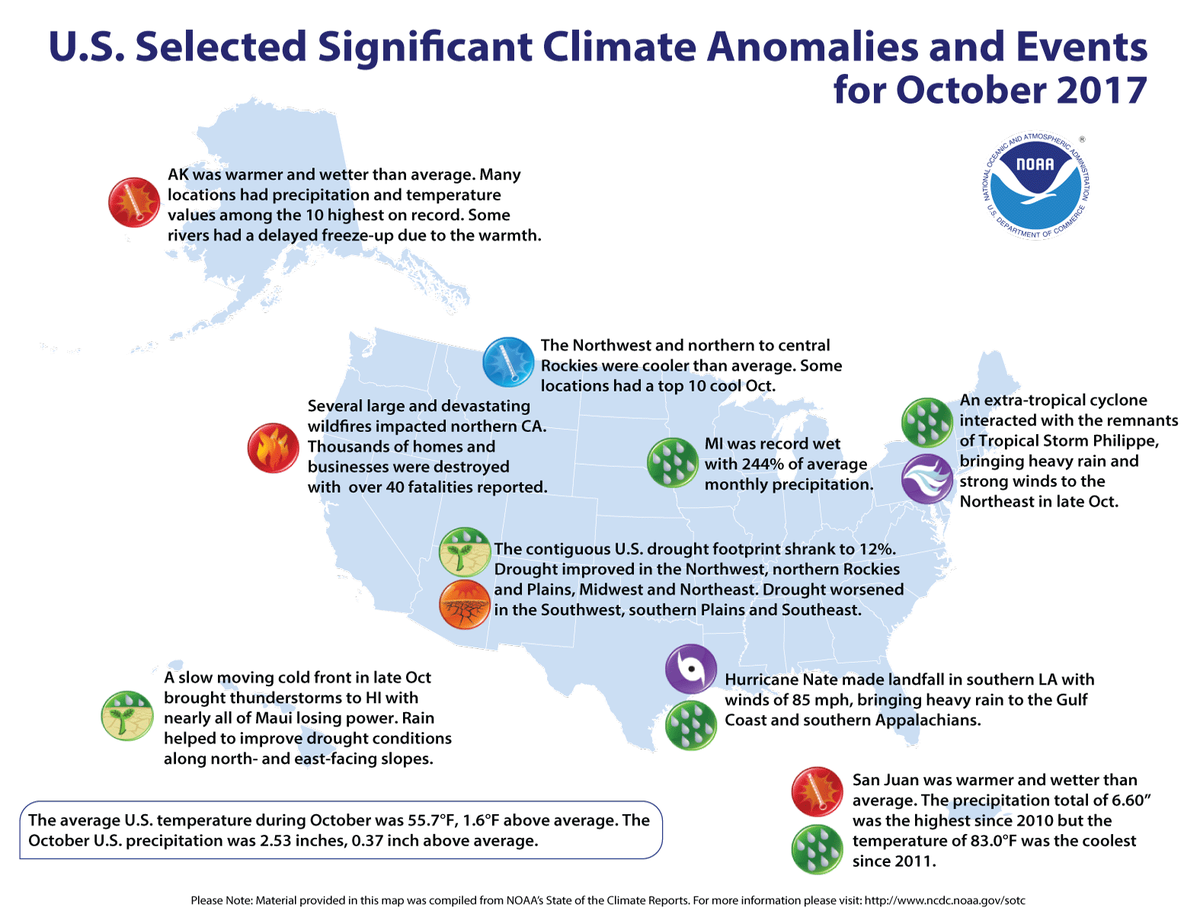 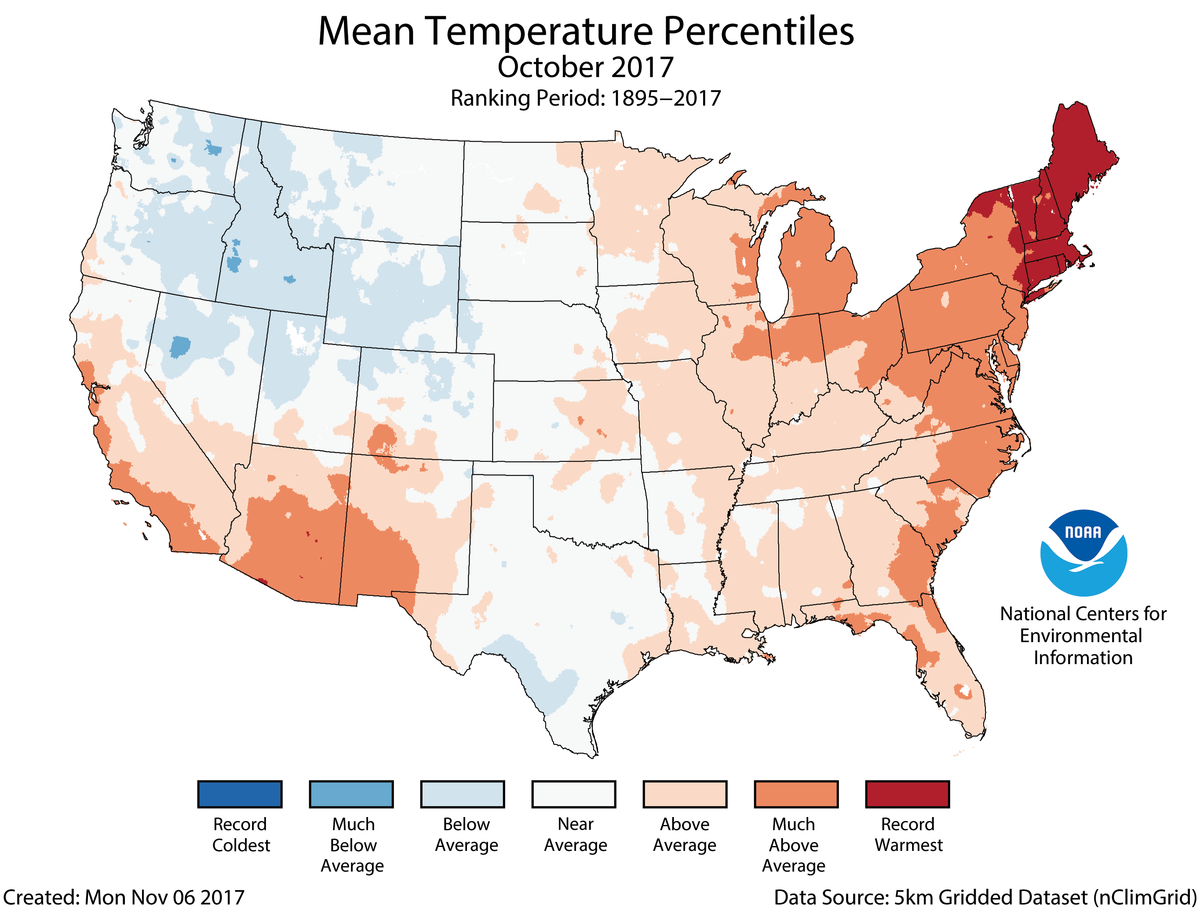 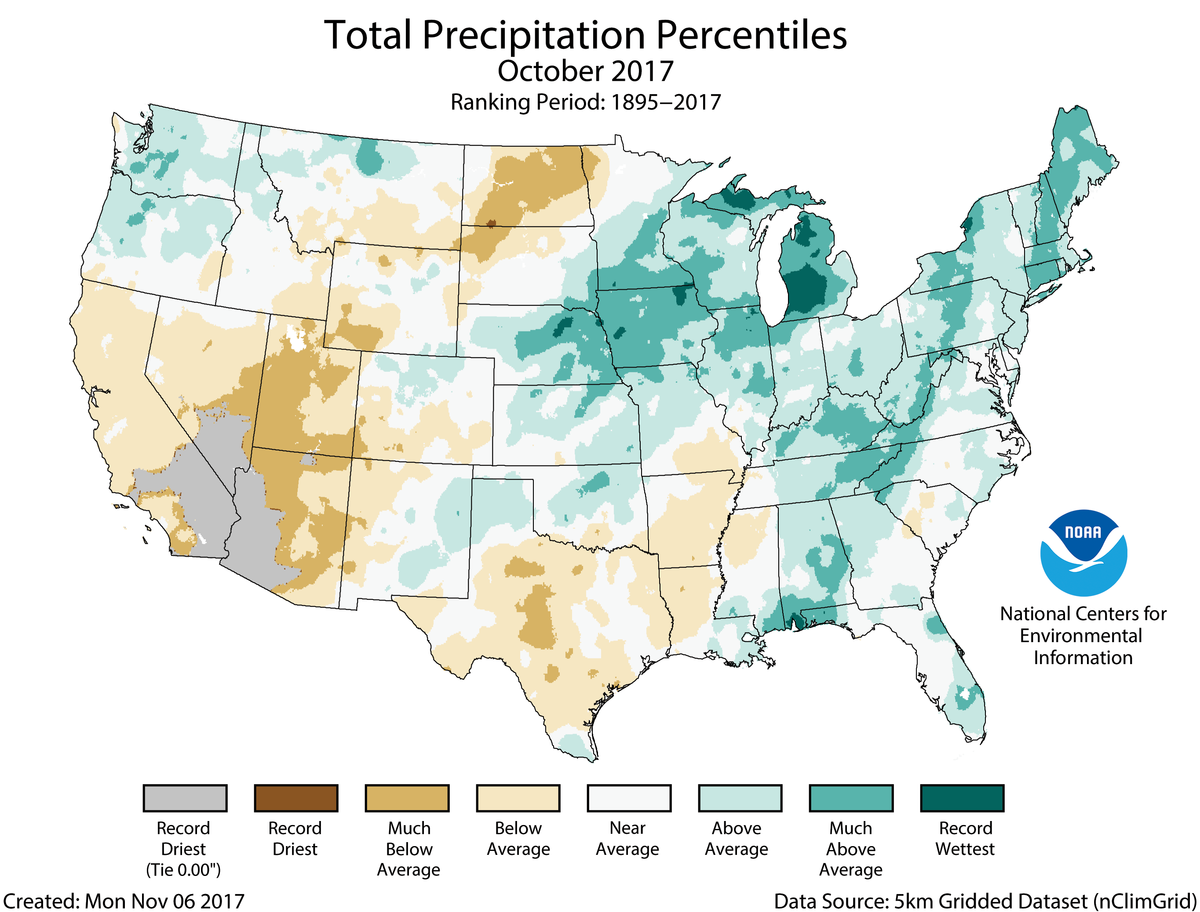 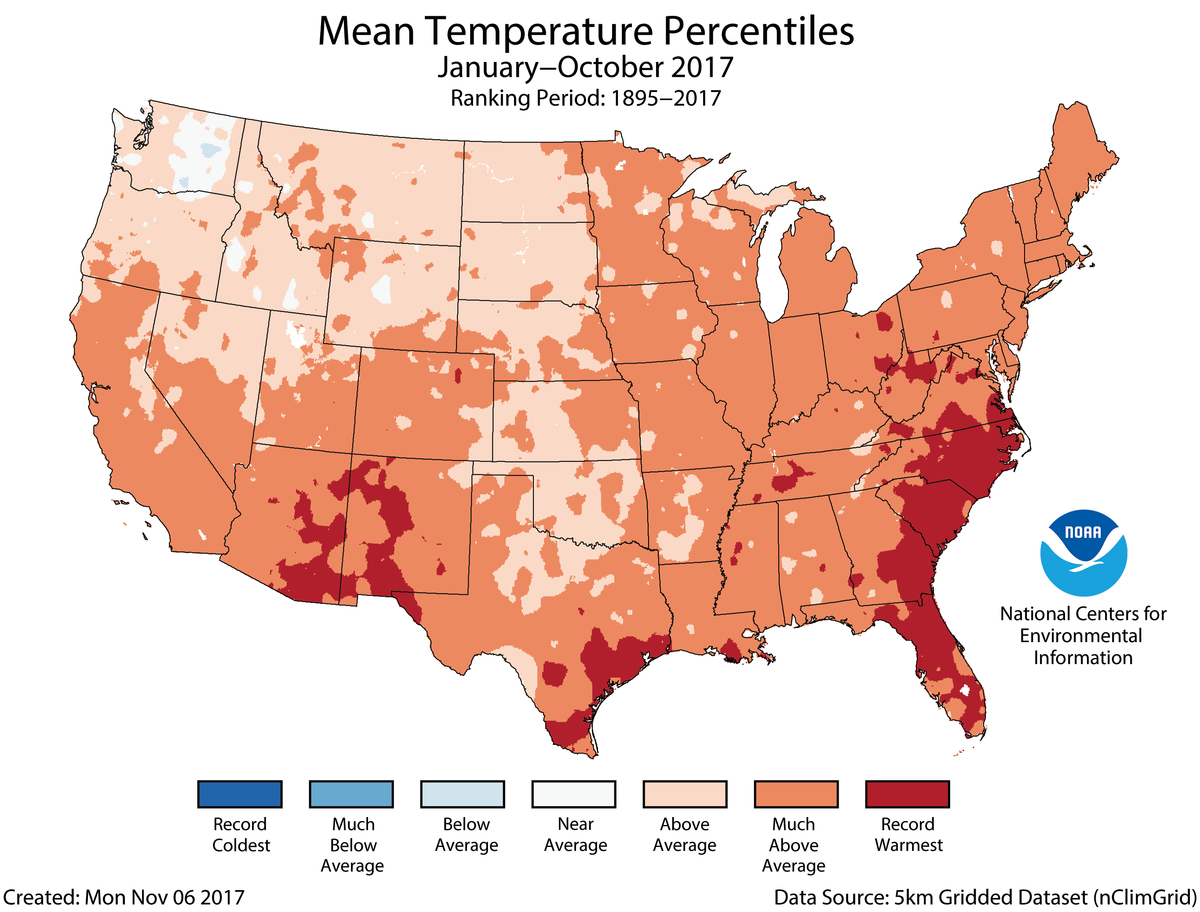 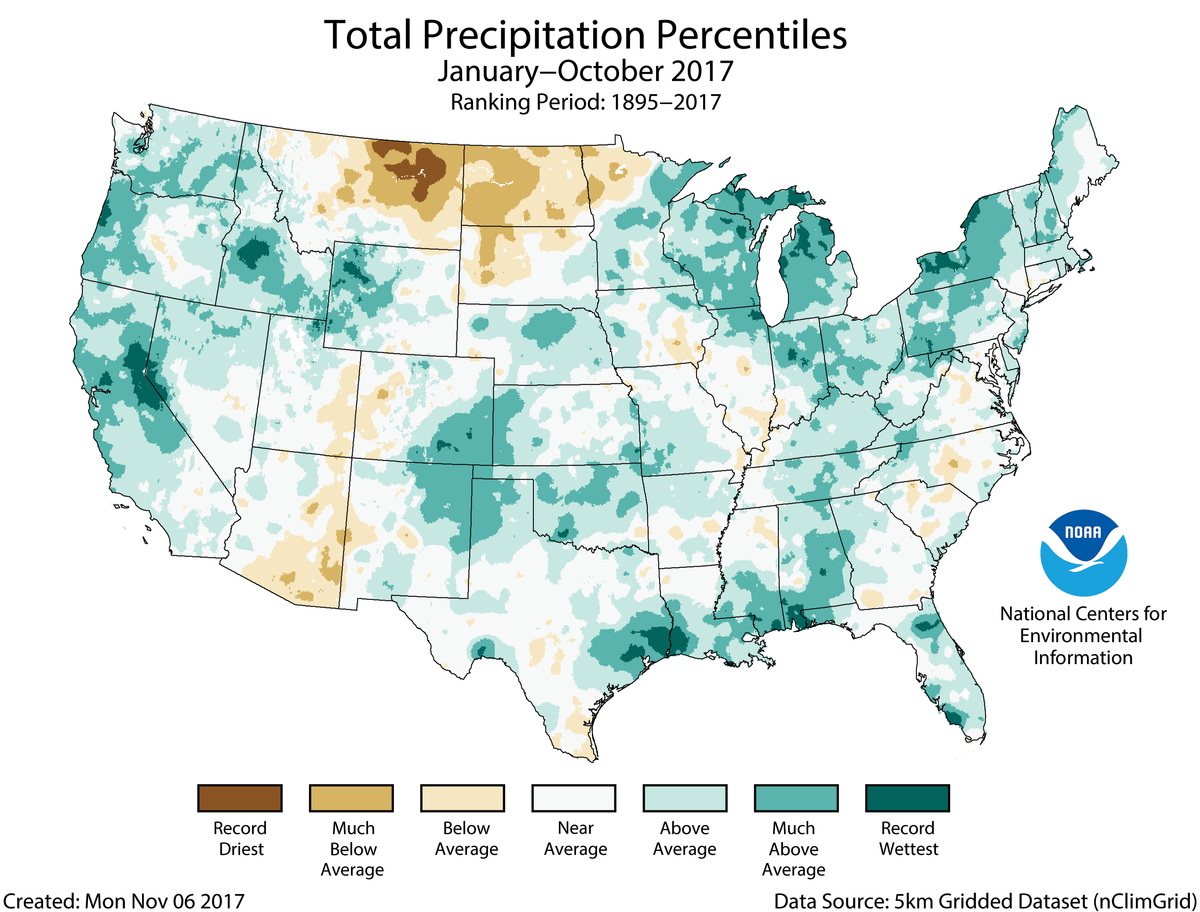 According to the September 21, 2021, U.S. Drought Monitor, moderate to exceptional drought covers 39.0% of the United States