During January, the average contiguous U.S. temperature was 32.2°F, 2.1°F above the 20th century average. This ranked among the warmest third of the 124-year period of record. Much-above-average temperatures in the West offset below-average conditions in the East. The January precipitation total was 1.81 inches, 0.50 inch below the 20th century average. This tied the 21st driest January on record. Drought intensified and expanded across parts of the West, Southern Plains and Southeast. 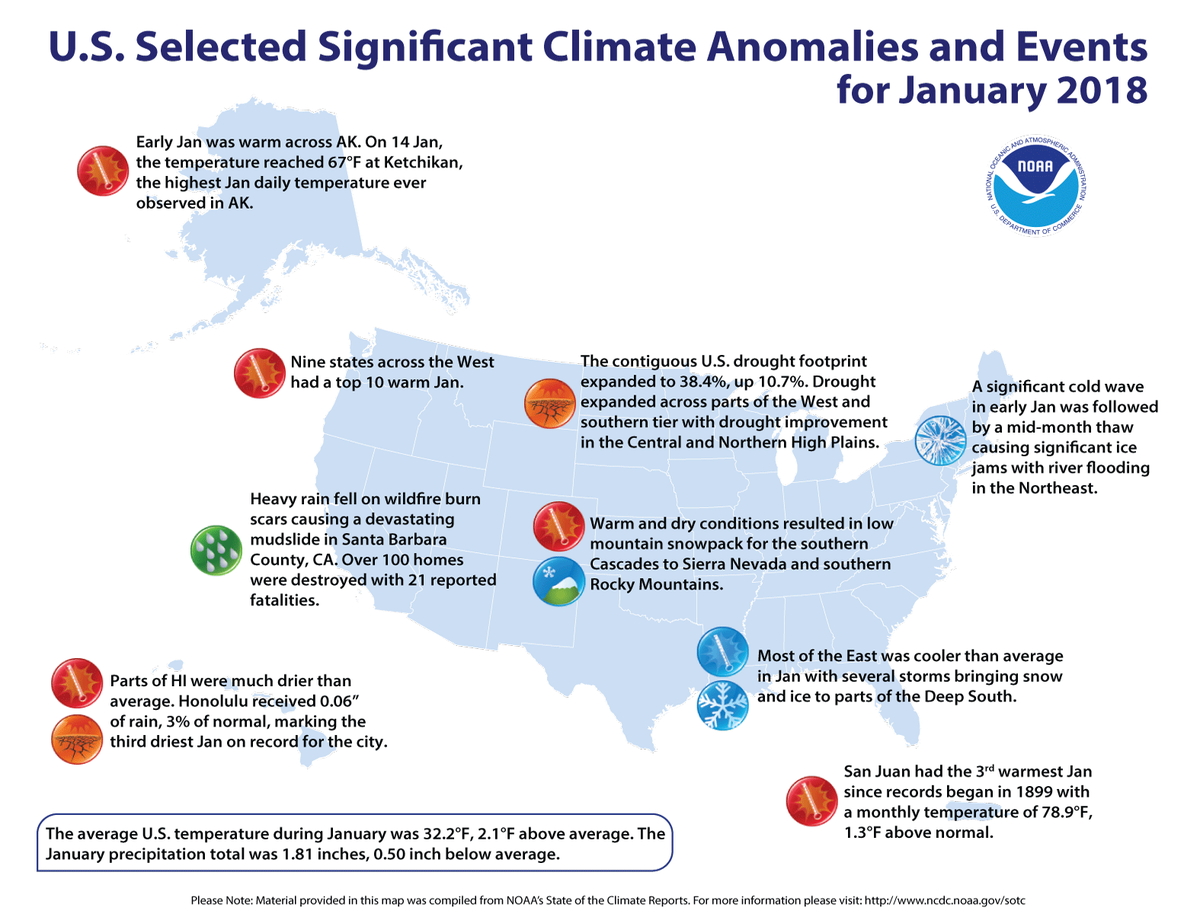 This monthly summary from NOAA’s National Centers for Environmental Information is part of the suite of climate services NOAA provides to government, business, academia and the public to support informed decision-making. 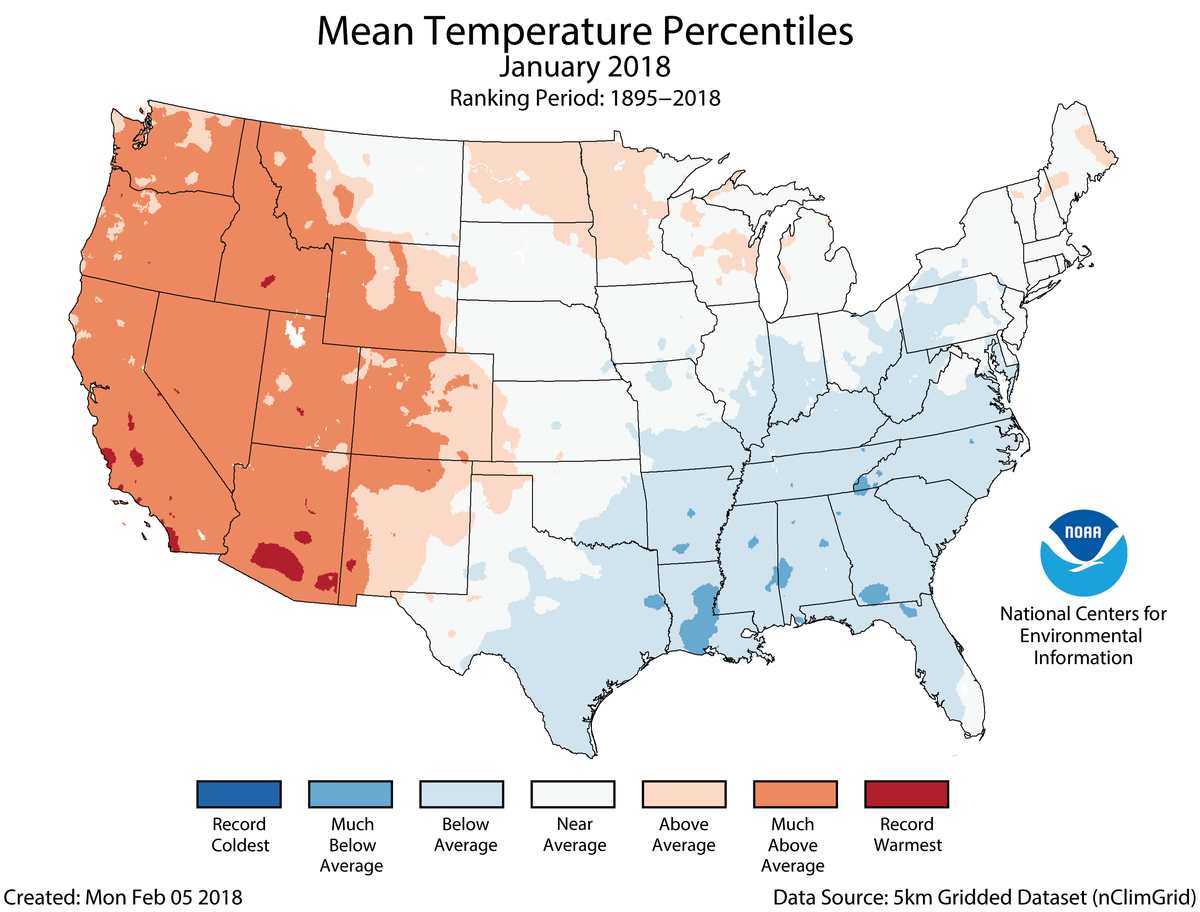 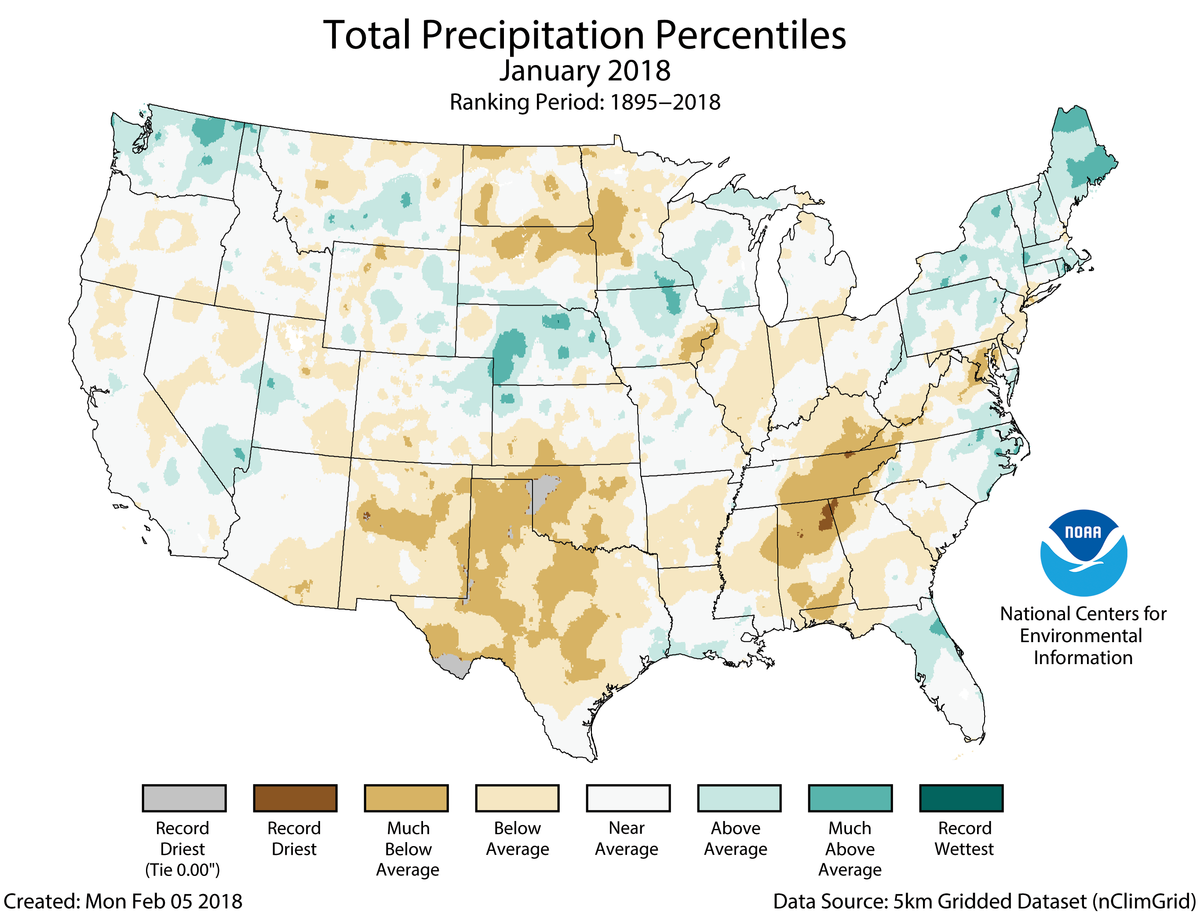 According to the April 23, 2019, U.S. Drought Monitor, moderate to severe drought covers 2.6% of the United States, a decrease

According to the August 21, 2018, U.S. Drought Monitor, moderate to exceptional drought covers 29.8% of the United States, a

According to the February 18, 2020, U.S. Drought Monitor, moderate to extreme drought covers 8.0% of the United States including