Assessing the U.S. Climate in February 2022

An early-February winter storm impacted much of the contiguous U.S.; drought conditions across the western U.S. exacerbated by dry winter

A massive winter storm stretched from Texas to Maine during the first week of February and brought heavy snow, freezing rain, ice and bitter cold temperatures to much of the eastern two-thirds of the Lower 48. Power outages across many states were the result of fallen power lines and trees. Thousands of flights were canceled amid treacherous travel conditions. More than a foot of snow fell across parts of the Northeast. 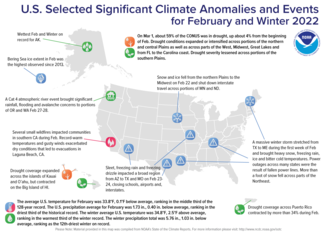 This monthly summary from NOAA National Centers for Environmental Information is part of the suite of climate services NOAA provides to government, business, academia and the public to support informed decision-making. 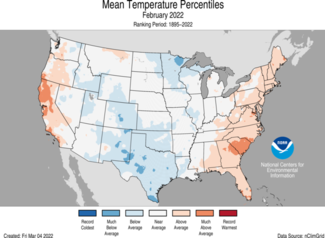 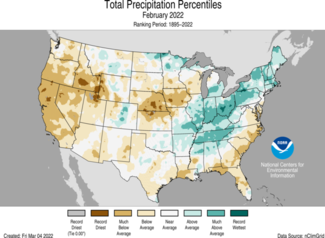 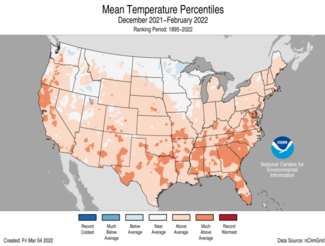 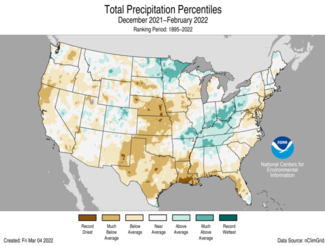